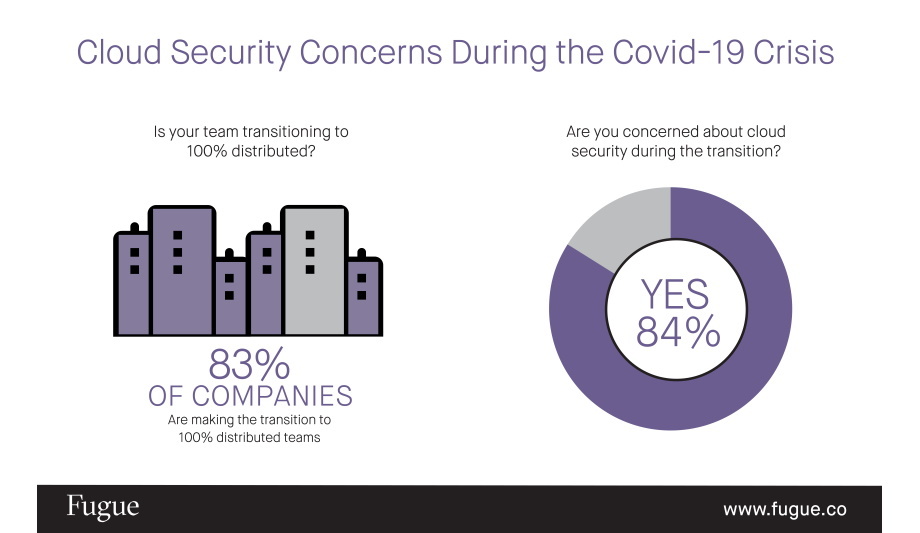 As a vast majority of companies make the rapid shift to work-from-home to stem the spread of COVID-19, a significant percentage of IT and cloud professionals are concerned about maintaining the security of their cloud environments during the transition.

The findings are a part of the State of Cloud Security survey conducted by Fugue, the company putting engineers in command of cloud security. The survey found that 96% of cloud engineering teams are now 100% distributed and working from home in response to the crisis, with 83% having completed the transition or in the process of doing so.

Of those that are making the shift, 84% are concerned about new security vulnerabilities created during the swift adoption of new access policies, networks, and devices used for managing cloud infrastructure remotely.

“What our survey reveals is that cloud misconfiguration not only remains the number one cause of data breaches in the cloud, the rapid global shift to 100% distributed teams is creating new risks for organisations and opportunities for malicious actors,” said Phillip Merrick, CEO of Fugue. “Knowing your cloud infrastructure is secure at all times is already a major challenge for even the most sophisticated cloud customers, and the current crisis is compounding the problem.”

Because cloud misconfiguration exploits can be so difficult to detect using traditional security analysis tools, even after the fact, 84% of IT professionals are concerned that their organisation has already suffered a major cloud breach that they have yet to discover (39.7% highly concerned; 44.3% somewhat concerned). 28% state that they’ve already suffered a critical cloud data breach that they are aware of.

The top causes of cloud misconfiguration cited are a lack of awareness of cloud security and policies (52%), a lack of adequate controls and oversight (49%), too many cloud APIs and interfaces to adequately govern (43%), and negligent insider behaviour (32%). Only 31% of teams are using open source policy-as-code tooling to prevent misconfiguration from happening, while 39% still rely on manual reviews before deployment.

While malicious actors use automation tools to scan the internet to find cloud misconfigurations within minutes of their inception, most cloud teams still rely on slow, manual processes to address the problem. 73% use manual remediation once alerting or log analysis tools identify potential issues, and only 39% have put some automated remediation in place. 40% of cloud teams conduct manual audits of cloud environments to identify misconfiguration.

A reliance on manual approaches to managing cloud misconfiguration creates new problems, including human error in missing or miscategorising critical misconfigurations (46%) and when remediating them (45%). 43% cite difficulties in training team members to correctly identify and remediate misconfiguration, and 39% face challenges in hiring enough cloud security experts. Issues such as false positives (31%) and alert fatigue (27%) were also listed as problems teams have encountered.

The metric for measuring the effectiveness of cloud misconfiguration management is Mean Time to Remediation (MTTR), and 55% think their ideal MTTR should be under one hour, with 20% saying it should be under 15 minutes. However, 33% cited an actual MTTR of up to one day, and 15% said their MTTR is between one day and one week. 3% said their MTTR is longer than one week.

When asked what they need to more effectively and efficiently manage cloud misconfiguration, 95% said tooling to automatically detect and remediate misconfiguration events would be valuable (72% very valuable; 23% somewhat valuable). Others cited the need for better visibility into cloud infrastructure (30%), timely notifications on dangerous changes (i.e., “drift”) and misconfiguration (28%), and improved reporting to help prioritise remediation efforts (8%).

Fugue partnered with Propeller Insights to survey 300 IT, cloud, and security professionals

With the cloud, there’s no perimeter that can be defended, exploits typically don’t traverse traditional networks, and legacy security tools generally aren’t effective. Because developers continuously build and modify their cloud infrastructure, the attack surface is highly fluid and expanding rapidly. Organisations widely recognised as cloud security pioneers can fall victim to their own cloud misconfiguration mistakes.

With the Shared Responsibility Model, cloud providers such as Amazon Web Services, Microsoft Azure, and Google Cloud Platform are responsible for the ‘security of the cloud,’ and the customer is responsible for the ‘security in the cloud.’ While cloud providers can educate and alert their customers about potentially risky misconfigurations and good security practices, they can’t prevent their customers from making misconfiguration mistakes. 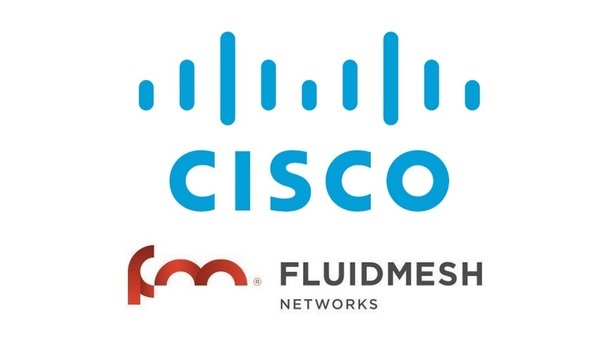 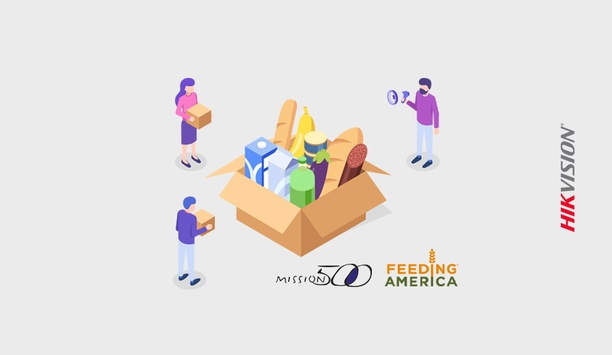 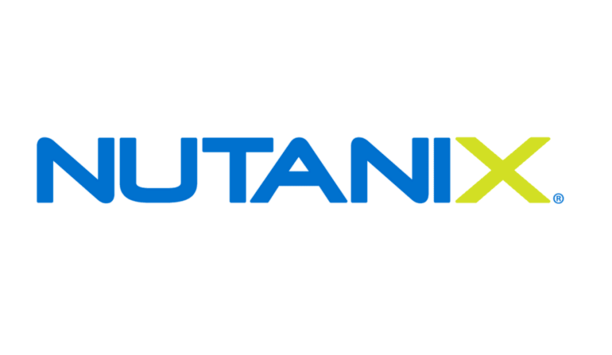