“Some embark on farmyard heists whilst others are devoted to back-bedroom chicken sanctuaries,” a quote taken from Channel 4’s new documentary ‘How to Steal Pigs and Influence People’. Whilst many think this is part of the positive vegan uprising, The National Pig Association have expressed grave concern of the glamorisation and condoning of livestock theft from farms.

Wesley Omar, who was featured in the documentary, was found guilty of theft after he broke into a farm and stole a pig stating "he was saving it from slaughter." Due to this ‘humane reasoning,’ he received a 12 month community order and completed 100 hours of unpaid work. However, the farmer in question incurred huge losses as he could not reclaim the pig due to potential contamination and had a cost of £6,000 to upgrade his security.

The cost of rural crime

According to NFU Mutual, the cost of rural crime has risen by 12% since 2017, and the Home Office statistics stated that 26% of rural businesses experienced at least one crime incident in 2018. However, the face of rural crime is changing, with M.O.’s shifting. What once were opportunistic thieves have now turned into organised criminals stealing heavy machinery and livestock. One example saw around 200 sheep stolen in the last three months within the Wiltshire area alone. Due to the volume of these incidents, police speculated only skilled sheep rustlers could conduct this crime so efficiently and undisturbed. The result of this crime has cost the agricultural industry £3m in 2019 alone.

However, theft isn’t the only emerging rural crime trend hitting these farmers. Fly tipping on private land has risen considerably over the past few years with figures constantly rising. Once again, like the face of rural theft, criminals are evolving. The Environment Agency has stated that organised gangs are making high profits through ‘waste removal’, undercutting legitimate waste management sites through fly tipping. This crime is affecting 67% of farms and landowners as criminals try to evade landfill taxes. But what happens when you’re the victim of this crime? According to Countryside Alliance, it is the only rural offence where landowners are legally responsible for the disposal of said waste, costing them around £47m each year.

So, how can farmers and agricultural landowners protect their premises and assets from both animal rights activists and organised criminals? A scheme has been introduced within specific areas in order to curb the increasing rates of rural crime across England and Wales. Dedicated police teams have been created to provide protection and support to rural areas, with specialist knowledge in dealing with cases.

How does the farming industry's physical security measure up against these criminals?

With this in mind, how does the farming industry's physical security measure up against these criminals? How can they prevent these targeted attacks on their livelihoods?

One area that should be considered is a line of defence that deters, detects and delays these intruders - rather than allowing them onto the land - whilst waiting for police to respond. Security measures nowadays are able to delay intrusions, being the difference between criminals getting away and getting caught. A physical fencing system with anti-cut and anti-climb features would offer the first line of defence to farmers and landowners by restricting access onto their fields.

Alongside effective high security fencing systems, used to prevent livestock trailers entering farmers fields, entry points need to be reviewed and addressed on whether they are effectively deterring criminals. Many successful livestock thefts are due to organised criminals and their vehicles being able to access fields undetected. Improving the security of field perimeters and entry points is the first step in protecting a farmer's livelihood against criminals. In turn, having a single entry point in and out of fields and premises is also an effective deterrent. Properties with various exit plans are more likely to be targeted as criminals have a higher percentage of escaping.

In order to increase security at field access points, blocking off the gateways to these fields would act as an extra deterrent to those looking to steal livestock and fly-tip. With perimeter and access point security comes additional physical security measures that could help prevent the theft of livestock. Security measures such as CCTV cameras or motion sensor lighting have quick installation times that help detect an intruder rather than deter and delay like perimeter security.

With rural crime on the rise, livestock theft and other criminal activity is becoming a common occurrence for farmers and agricultural landowners. Rural crime is not only having detrimental effects on the individuals but also communities across the UK. Many other industries such as the commercial industry and sports sectors utilise effective physical security within their premises in order to protect their assets. And so we are asking; why is the agricultural industry any different?

The critical factor of specialisation in improving IoT, video and business practices 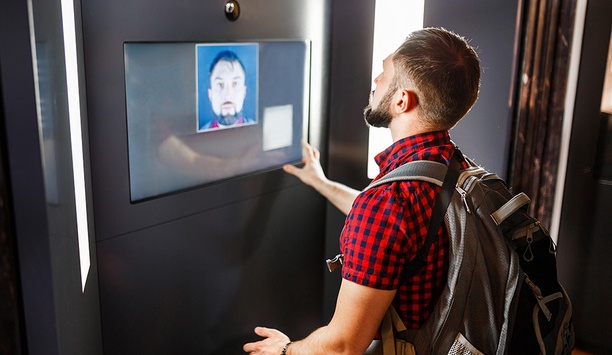