After days of back-to-back meetings at ISC West, you start hearing some repetitive themes, but then something will surprise you. That happened to me at the NVT booth when I saw a display showing transmission of power and IP video signals over barbed wire (rather than the more familiar Cat-5 or coax cabling). Wondering about possible applications at correctional facilities (or cow pastures), I was assured the display was intended to make the point that NVT products can transmit video and power over any type of cabling – coax, UTP, or 2-wire or shielded twisted pair.

Foot traffic slowed down some on the final day of ISC West, but there was still plenty to see. Here are some of the themes I kept hearing:

Camera prices are coming down. One example is the availability of lower-priced thermal cameras, a trend that opens up new markets to the cameras previously associated with high-security and government applications. FLIR announced three lines of thermal security cameras with MSRP’s starting at $499, including mini-bullets and PTZ domes.

More sophisticated video management. For example, Avigilon sends a lower-resolution video stream from the server to the client, and the user can then digitally zoom in and see greater detail (higher resolution) provided just for the region of interest. The rest of the image is still lower-res to reduce the amount of information exchanged between the server and client.

Better low-light video. Capturing video in the dark is a continuing challenge, especially for megapixel cameras. Arecont Vision highlighted its STELLAR (Spatio TEmporal Low Light ARchitecture) technology using a dark room at its booth to demonstrate increased low-light performance to capture colour images in near total darkness. Over at Samsung, there was a low-light demonstration that pitted images from Samsung’s surveillance cameras side-by-side with several “brand x” competitors (guess who won?) It made me wonder why more companies don’t stage such comparisons at trade shows.

Emphasis on applications. Panasonic’s IP cameras are getting more powerful, but the booth also focused on an application, an integrated transit security solution developed in partnership with the Denver Regional Transportation District (RTD) Transit Police Division.

More system flexibility. Making systems easier to integrate and scale was another oft-heard claim. For example, OnSSI has enabled Ocularis recorders to be “mixed and matched” to create a single Ocularis system.  The company also has “critical camera failover” technology.

NFC cools down: The industry’s emphasis on NFC (near field communication) over the last several years seems to be fading, largely because Apple devices have not embraced NFC’s mobile wallet and data-sharing capabilities. In place of NFC, HID Global (among others) is now proposing Bluetooth LE (low energy) for mobile access control applications. The technology can communicate with a reader several feet away (and the distance can be customised to avoid inadvertently opening nearby doors.) Use of “gestures” with a smart phone also can play a role. (HID has a patent on the use of three-dimensional hand motion sequences [gestures] as an additional authentication factor in access control.)

"Social identities" making a mark in physical security: Finally, one of my last stops was Brivo, and I was again taken by surprise. Echoing some of the themes in the opening session three days before, Lee Odess, general manager of Brivo Labs, introduced me to the advantages and opportunities of allowing people to interact with the physical world using their social identities. Brivo’s Social Access Management (SAM) API (application programming interface) can authenticate and associate many kinds of secure credentials to access actual devices and spaces. It sounds Big Brother to me, but exciting when you consider all the ways it could be used to improve customer experiences, for example. It’s another way the physical security market is expanding beyond its usual realm. There is also an integration with Google Glass.

As trade shows go, I found this one very enjoyable. I had many excellent conversations about industry trends and new technologies. It was great catching up with people I have missed at recent shows. ISC West demonstrates how much the physical security industry is changing. There’s always the promise of more capabilities right around the corner, and ISC offers an intriguing glimpse of what’s possible now and in the near future. These are exciting times in the physical security marketplace, and ISC West was a great celebration (conducted in an appropriately sombre and business-like manner that befits a venue such as Las Vegas, of course). 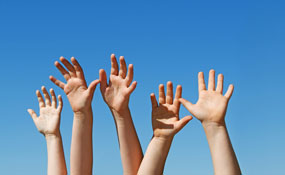 Where's the Danger in “Scanning Kids?” 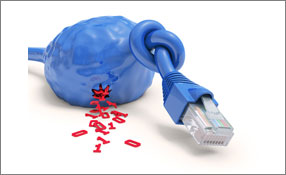 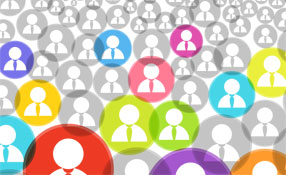