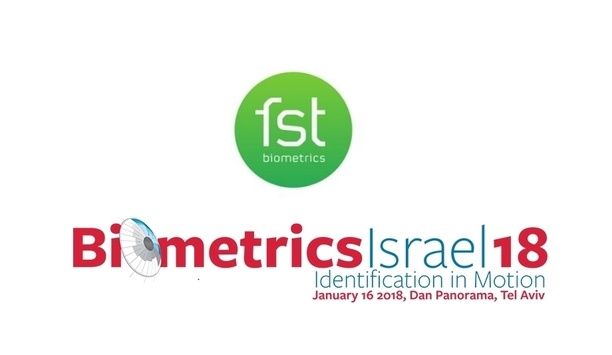 FST Biometrics, a biometric identification solutions provider, announced its CTO, Shahar Belkin, will lead the Israeli delegation at the International Meeting of ISO/IEC JTC 1/SC 37, Biometrics Committee. The event, which will gather the world’s leading experts in biometrics, will feature Belkin leading key discussions at the meeting, scheduled to be held in Israel for the first time. “Israeli companies have become leaders in the fields of biometrics and identification, as the global demand for secure biometric technologies has risen,” said Shahar Belkin. “FST is proud to be one of the companies leading the conversation on technological advancements in these fields, as well as taking an active role is developing global standards for biometrics together with other leading experts in ISO.” Identity management to border control Members of the International Organisation for Standardisation (ISO), an independent, non-governmental international organisation with a membership of 162 national standards bodies, will meet from January 14-23, to discuss ‘the standardisation of generic biometric technologies pertaining to human beings to support interoperability and data interchange among applications and systems’. Biometrics Israel 2018, a one-day conference and exhibition, will take place during the ISO meeting at the Dan Panorama in Tel Aviv, January 16, 2018. The event will focus on digital identity management, data protection and border control, financial transactions, mobile identification, behavioural recognition, attack detection, as well as research and innovation in biometrics. Mr. Belkin will also feature as a speaker at the Biometrics Israel 2018 conference, on a panel entitled "Expanding Biometrics Using Multimodality", moderated by Dr. Nava A. Shaked of the Holon Institute of Technology.

FST Biometrics has received factory certification from Lenel Systems International and joined the Lenel OpenAccess Alliance Program (OAAP). FST Biometrics' In Motion Identification™ (IMID) software interfaces with the OnGuard® access control system to provide approved users with seamless access at the speed of life. FST Biometrics has completed required Lenel factory testing to validate the functionality of its interface with the OnGuard system. "FST's biometric access solution combines facial recognition and behavioural analytics and is able to identify authorised individuals in motion without the need to stop or slow down,” said Gidon Lissai, director of strategic alliances, Lenel. “We look forward to FST Biometrics’ continued involvement in the Lenel OpenAccess Alliance Program.” "FST Biometrics is very pleased to have received Lenel factory certification," stated Shahar Belkin, FST chief technology officer. "The ability to integrate our In Motion Identification™ (IMID) technology into the OnGuard access control system will expand our reach and make our solutions seamless to integrate and available to more end users who seek seamless access experience along with ultimate security."