Chairman of the Board of Directors, FST Biometrics Corporation

Avi Naor is Chairman of the Board of Directors at FST Biometrics. He has previously served as CEO and president of software giant Amdocs, from 1995 until 2002. He also served as board chairman of Retalix from 2011 until 2012. 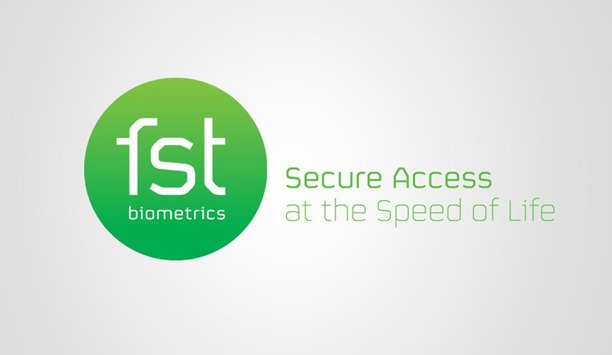 Gary Drutin replaces Major General Aharon Zeevi Farkash as CEO FST Biometrics, a leading biometric identification solutions provider, announced that Gary Drutin has been nominated as Chief Executive Officer, replacing Major General Aharon Zeevi Farkash, who will shift his focus to the areas of innovation and strategy development. “We are very excited that Gary is joining our team, given his outstanding sales and marketing experience and the huge market opportunity FST has in front of it,” said Farkash. “Gary’s international track record speaks volumes about his passion for building companies, and I am looking forward to working closely with him to grow our business aggressively." Major growth phase Drutin joins FST from Allot Communications, where he served as chief customer officer, overseeing all sales and marketing for the company. Prior to Allot, Drutin held executive positions at Provigent (Broadcom), AudioCodes, Cisco and Digital Equipment Corporation. The addition of Drutin comes on the heels of Avi Naor’s appointment as FST board Chairman, as the company readies itself for its major growth phase. Building secure environments "Farkash and his team havebuilt a game-changingsolution for the human identification market" “Farkash and his team have built a game-changing solution for the human identification market,” said Drutin. “As the global population continues to increase – particularly in large cities – now is the perfect time for me to work closely with him, and with Avi Naor, to build FST as the global standard for ensuring safe, secure and convenient environments and facilities around the world.” “I’m pleased to have put together such a strong management team to lead FST in the coming months and years,” said lead investor Gary Fegel of GMF Capital. “I have full confidence that this team will guide the company to become the global standard for identification.” IMID Access In-Motion Identification system FST Biometrics’ award-winning, biometrics-based IMID Access In-Motion Identification system provides convenient and frictionless secure access for a variety of venues including leading enterprises, large residential complexes, office buildings, educational institutions, in addition to health and recreation centres. Save Save

FST Biometrics Board of Directors appoints Avi Naor as Chairman

Naor will work with FST Biometrics' leadership team, headed by founder and CEO, Aharon Zeevi Farkash FST Biometrics, a biometric identification solutions provider, has announced that Avi Naor, a member of FST's board of directors, has made an investment in FST Biometrics and has been appointed as chairman of the board.  Naor's appointment will take effect immediately. “As a member of FST Biometrics’ board of directors, I have seen the significant interest that tier-one customer prospects have shown in the company’s game-changing technology and offerings,” said Naor. “I look forward to working with the outstanding leadership team – headed by FST's founder and CEO, Aharon Zeevi Farkash – to take the Company to the next level." Extensive business experience Naor, one of Israel’s first hi-tech entrepreneurs served as CEO and president of software giant Amdocs, which he co-founded, from 1995 until 2002.  Naor led the company’s IPO in 1998, as well as several subsequent offerings, and is credited with building the company into the multi-billion-dollar powerhouse it has become. As part of the Alpha Group investment organisation, Naor bought equity in Retalix, Ltd., and served as board chairman from 2011 until 2012, when Retalix was sold to NCR. “From his outstanding leadership at Amdocs to maximising the value of Retalix, and, of course, his impactful work with Or Yarok, Avi Naor has demonstrated the winning combination of vision and passion that virtually ensures significant growth and achievement for any organisation he touches,” said Major General (Res.) Farkash. “We look forward to Avi playing a major role in our future success and expansion.” Social achievements Eti and Avi Naor are social entrepreneurs and Israeli philanthropists. Their Naor Foundation focuses on three main areas: Road safety, children and youth at-risk, and supporting the periphery through investing in developing communities. Naor is a 2014 Israel Prize laureate, and the recipient of Israel’s Presidential Medal of Distinction.