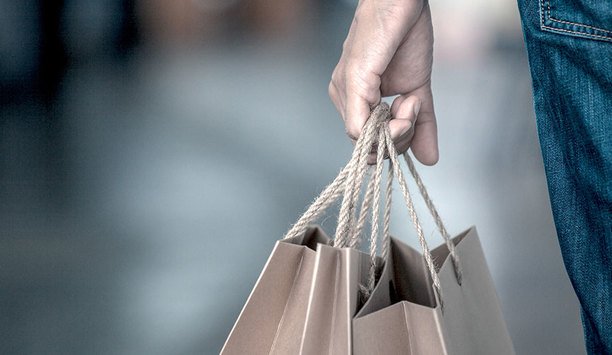 Kjell & Company has become Sweden’s leading home electronics accessories retailer. As part of its ongoing improvement process, it is updating its security infrastructure with the use of state-of-the-art intruder alarm solutions from Vanderbilt International. For those in Sweden and Norway looking to purchase mobile phone and tablet accessories, electrical items for the home, cables and connectors, gadgets and other components, Kjell & Company is the place to visit. A household name, the company’s first store opened in Malmö in 1990, where it is still headquartered, and over the last few years it has been on a programme of rapid expansion. Today it has 87 stores in Sweden and 7 stores in Norway, with many more planned for 2016. The business was originally set up by Marcus Dahnelius, his two brothers and father, Kjell, and in 2014 Kjell & Company was purchased by FSN Capital. It has since enhanced its online offering and in early 2015 opened its first store outside Sweden in Sandvika Storsenter near Oslo, and has embarked upon ambitious plans to open 60 outlets in the country. Retail theft challengeSPC Manager is highly flexible, which means that it is equally suited for both small and large outlets" Retail theft is a significant cause for concern in Sweden and in 2013 The Swedish Trade Federation estimated that this activity costs businesses around six billion SEK a year. Stefan Cedervall, Kjell & Company’s Security Manager, comments, “As part of our company-wide store improvement initiative, we set our sights on enhancing security and implementing technology that could achieve this objective. We knew that we wanted an Internet protocol (IP) and general packet radio service (GPRS) based system that could be centrally managed from a remote location, so we contacted Hans Unger at AB säkerhet to find out more about the types of systems available and to get some advice about how to proceed.” “Since we formed in 2004, we have gained an enviable reputation for the quality of our work. After being approached by Kjell & Company, we used our extensive retail experience and suggested a solution based upon Vanderbilt’s SPC system together with the SPC Manager software, which we knew would fulfil all the requirements.” Multiple intrusion detection systems SPC Manager facilitates the administration of multiple SPC intrusion detection systems at one or more locations. SPC Manager can support up to 1,000 SPC panels located anywhere in the world and offers powerful features, including real-time monitoring of installed systems and the ability to modify the user settings of more than one SPC system in a single command. Explaining the benefits of the system for Kjell & Company, Vanderbilt’s Regional Sales Manager, Jonas Lideborg, says, “SPC Manager is highly flexible, which means that it is equally suited for both small and large outlets, whether on high streets or shopping malls. The software uses an always-on IP communication system to provide continuous monitoring of key status information such as panel set, panel unset or panel partially set. It also monitors events and activities for each panel and provides a convenient summarised overview, with drill-down options for additional details.” This has proven particularly useful for Stefan Cedervall, who states, “We have so far introduced SPC Manager into 45 stores and will replace existing systems as soon as they reach their end of life. My team and I can now monitor and manage all of these sites via a central location and if an alarm is activated the third party alarm receiving centre (ARC) gets a call before notifying us. If necessary the ARC will send its own personnel out or call the police if their services are needed. Meanwhile, we know exactly what’s happening with the system in real time.” Entrance and exit controlAs more stores are upgraded with the SPC System, the SPC Manager software can be easily adapted The SPC System at Kjell & Company controls every entrance and exit, including staff entrances, which are accessed initially via a key and then by requesting an alarm code. Importantly, it logs activities, provides authorised personnel with consolidated reports of intrusion or access attempts and door activities, while allowing codes to be changed and problems pinpointed. As more stores are upgraded with the SPC System, the SPC Manager software can be easily adapted, as the software offers the functionality to manage users who need access to multiple locations, and has an import wizard for the rapid assignment of access cards.  As Kjell & Company continues its remarkable success, security will play a vital role and Stefan Cedervall believes that the SPC System together with the SPC Manager software provides a robust, flexible and scalable platform upon which to build. He concludes, “The benefits of having it in place are already evident and I’m delighted with the impact it has had on our overall security strategy. Ultimately, remote monitoring is very useful and gives us valuable peace of mind and total control over the entire networked estate.”