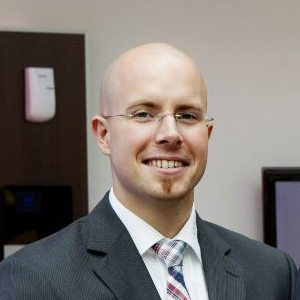 The new IP camera series from ABUS won the Award in the "Special Mention" category The panel for the renowned German Design Awards 2015 has decided to give its "Special Mention" award to the new IP camera series from ABUS. Rigorously functional and with five designs, nine models and unlimited potential applications, the new IP camera series impressed the judges across the board. With their innovative IP cameras, ABUS are setting new benchmarks for professional video surveillance. Under the banner of "Focus on details", the company's aim has been to develop nothing less than the best "all-round products" available on the current video surveillance camera market, backed up by a comprehensive service package which encompasses pre-sales advice, support during start-up and successful product marketing. Winning the German Design Award in the "Special Mention" category for 2015 shows that ABUS has come very close to achieving this goal. The new IP cameras will go on sale in spring 2015. First impressions don't always count At first glance it doesn't sound particularly spectacular: full HD 1080p resolution with 1920 x 1080 at 25 fps or HD 720p with 1280 x 720 at 25 fps now come as standard. However, ABUS Security-Center is taking a different approach: "We want to bring IP cameras to the market that are better than the competition in terms of the key details," explains CEO Benjamin Pflaum: "Our commitment to quality applies not just to hardware, but also to software, our services and, not least, the professionalism of our ABUS partners." Technology at its best All 1080p cameras are equipped with high-quality hardware components: a Sony Xarina DSP and Sony Exmore image sensor (1/2.8"), Tamron motor zoom lenses, an integrated Toshiba 16 GB eMMC memory to ensure data recording in the event of a network failure – that says it all. On top of this, all new IP cameras have Power over Ethernet (PoE+). Variable housing design for use in different locations Nine new camera models in five designs will be available: indoor and outdoor domes, compact, tube and box cameras. Here, too, we are pursuing our goal of being better than the competition when it comes to the key details. Integrated mounts and covered cabling are part of a rigorously functional design which sets the new IP camera series apart. The motorised zoom lenses allow all parameters, including image sharpness, to be easily configured and adapted over the network. The software of the IP cameras has already been optimised for mobile devices. Deep integration into major VMS systems such as Milestone and SeeTec is on the roadmap; ONVIF compatibility is, of course, guaranteed. Customer service from A to Z ABUS supplies the entire development and manufacturing process, including pre- and after-sales service, from a single source, and is known for supreme product and system stability. The trust that installation companies have in ABUS is paying dividends: Last year, premises such as the luxury Ritz Carlton hotel on Potsdamer Platz, Berlin, and the alarm receiving centre in Gardelegen, a high-security area of Dussmann Services, began using ABUS IP video surveillance systems. A huge contribution to the success of the project has been made by the extensive ABUS technical field service, which offers support for project planning or commissioning on site.