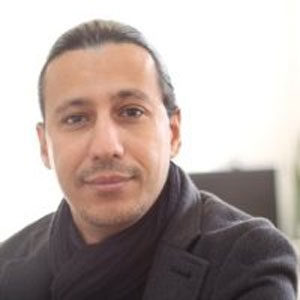 The era of IoT - the Internet of Things - is upon us. A deluge of urban sensory data is flowing into data centers every minute, putting pressure on data-centre resources and accumulating at a rate faster than anyone can process. Is the proliferation of sensory data simply evidence of an increasingly intrusive world, or can IoT be used for the improvement and development of intelligence-equipped cities? We believe that with the right steps the convergence of city operations with IoT will lead to a paradigm shift in city management. VIMOC Technologies’ top executives explain in this article that IoT is achieved simply -- by connecting objects (“things”) to the Internet. It is increasingly feasible to build tiny computers into everyday objects. That sounds easy enough. So what’s so special about IoT? Between flashy Powerpoint presentations from marketing executives and scepticism from IT engineers, IoT is poorly understood. It presents both a great challenge and a unique opportunity to develop integrated, intelligent platforms for collecting new forms of data from our everyday environments, be they at work, at home, or on our city streets. The most significant obstacle to IoT adoption? The inability of today’s popular enterprise systems to interoperate and perform well with distributed, heterogeneous device environments.   The multitude of sensors within a network may not be very ‘smart’ on their own. But if networked in a way that allows them to connect and interoperate seamlessly, the process allows for the emergence of a valuable opportunity: to shift the focus from simple device monitoring to a model in which device data is aggregated via new data-fusion and data-analytics applications. A true IoT platform is the confluence of Internet, business and sensory data, the processing of which requires a new generation of technical architecture and analytics. If properly analysed, such data can help cities and organisations both large and small unlock new, valuable sources. IoT-platform data is characterised by the millions of dimensions it has for each data element. It can be semi-structured or unstructured. The databases that house this data are designed to-scale, ingesting additional classes of information over time. The flow rate of IoT data is either real-time or near-real-time, forcing analytical engines to be able to capture, process and analyse a rushing river of information to enable real-time decision making. IoT-platform data is characterised by the millions of dimensions it has for each data element This is where the need for a robust, scalable computing platform is most obvious. Such a platform should capture and process massive amounts of sensory data, that information which lies at the ‘edge’ of the network. In the past 15 years we have witnessed a great debate between the advocates of centralised computing and those who promote distributed computing. A scalable computing platform joins the two ends of the spectrum to create an ambient intelligence platform that sustains the growth of sensory data and establishes a foundation for the use of ‘smart’ cities’ digital data. Industry experts have identified two major challenges facing the IoT:  standards and security. It is expected that by the year 2020, 50 billion devices will be connected to the Internet. But will those devices be connected in the same way, under the same standards? IoT idea is a race driven by large corporations, each with a vested interest in developing their own set of standards in order to gain an advantage, lock out competitors and make profits. This situation will lead to a fragmented market that may not allow for the realisation of the full potential of IoT. As for security, can we trust our IoT devices? Unfortunately the answer is currently no. It is imperative that we democratise the IoT, and this goal can be helped along by open-sourcing hardware systems and platforms. It can also be aided through the publishing of an intuitive API that allows any developer to access urban sensory data and easily create advanced applications. IoT presents both a great challenge and a unique opportunity to develop integrated, intelligent platforms for collecting new forms of data from our everyday environments Open-sourcing such hardware is a strategy that will drive down the cost of sensors and accelerate the innovation process – ultimately delivering cost-effective and reliable solutions to both city operators and the public. A scalable computing platform reduces the strain on communications infrastructure. By processing data at that network ‘edge,’ only relevant information has to be uploaded to the access gateways hosted in the cloud. Yet raw data can be stored in encrypted form for later processing or queries. Security of communications is key for IoT platforms. Network firewalls and protocols can man-age the high-level traffic coursing through the Internet but the real question is how, with limited resources, to protect deeply embedded endpoint devices that generally have very specific and defined missions. A scalable computing platform is the first step on this path. Source:  Tarik Hammadou, co-founder, CEO, VIMOC Technologies | Anthony Laskovski, co-founder, vice president, VIMOC Technologies | Aaron Hector, vice president, engineering, VIMOC Technologies