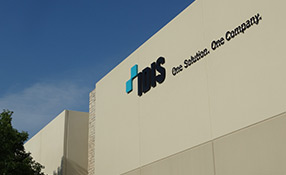 You couldn’t miss IDIS America at ISC West this year – they had a 2,800-square-foot booth. But who are they? That was a question many attendees asked. The big booth presence, and flood of industry advertising before the show, both reflect that IDIS is not an upstart. The name may be unfamiliar to some in the U.S. market, but IDIS has been making a similar splash all over the world. The high profile reflects the global player’s commitment to being a “game-changer” in the security market. Entering US market IDIS America may be new, but many have come across – and possibly used – the company’s OEM products over the last 18 years. The Korean player decided several years ago to enter the market with branded products, and has previously launched in a big way in Europe and the Middle East. The U.S. market – the crown jewel of markets from a revenue perspective – represents the last remaining element in the emergence of IDIS as a true global brand. “We wanted to make a big splash at ISC, not seem as if we were dipping our toe in the water,” says Keith Drummond, IDIS America’s senior director of sales. “It was a very strategic move to come to the American market as we did.” “The launch of IDIS America is not a new company,” he adds. “It’s a worldwide company bringing its resources to the brand business and entering a new geographic market. The IDIS value proposition involves sale of an end-to-end solutions directly through the integrator channel. All components of the Direct IP System are integrated to work together easily, and the installer doesn’t face time-consuming integration challenges. An emphasis on technical support to the dealer/integrator includes presence of Peter Y.I. Kim, the IDIS Head of Global Technical Support, in the company’s new offices in Dallas, Texas. Kim is building a new technical support team; thus, there are no big time zone differences or need to call overseas for technical support. "We wanted to make a big splash at ISC, not seem as if we were dipping our toe in the water," says Keith Drummond, IDIS America's Senior Director of Sales Multi-tiered integrator partner program In the weeks since ISC West, IDIS America has been building an infrastructure to drive a high-volume business. Having made an initial investment in brand recognition, the next step is to respond to inquiries received at the show, to put demo products and pricing in potential customers’ hands, and to build the sales and integrator channels. A new warehouse in Dallas has some products on hand already, but just a fraction of what will be available to be shipped rapidly once the business gears up fully. IDIS America will also soon be rolling out a multi-tiered integrator partner program, likely before the next big industry show, ASIS in Anaheim in the fall. Drummond says IDIS offers integrators high video image quality, functionality, ease of deployment and a price point they can accept. Ease of deployment does not equate to compromising on performance, he says. “End-to-end solutions today are just as competitive in features and functionality as best-in-breed,” adds Drummond. One-stop shopping allows an integrator to hold one manufacturer responsible for system performance – one “throat to choke” and no finger-pointing if a system doesn’t work as promised. End-to-end solutions Contrary to a perception that end-to-end solutions are more suited to smaller end users, Drummond argues that ease of installation may be even more important on large installations, given the complexity of multiple sites. A single IDIS system can use up to 1024 NVRs, each with 32 channels – so a system could be around 30,000 cameras tied together by IDIS Solution Suite (ISS) software. Using federation capabilities, several large systems can also be combined. The labour component of installing a large system – it could take a month or more just to manage the IP addresses on cameras and servers – can be greatly reduced by using an end-to-end solution. Minimising the labour component can help integrators increase their margins and be more profitable, says Drummond.