Niko is the Oversea Sales Director of Tiandy Tech, based in Tianjin. He is experienced in leading his team to achieve sales targets for security devices and expanding into foreign markets. 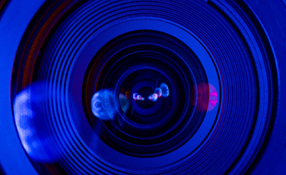 Starlight camera technology is redefining low-light surveillance to new levels Starlight cameras are the latest products security companies are adding to their product line-ups, each camera boasting the most comprehensive ability to make darkness visible. While low-light surveillance capabilities have been around on the market for some time, starlight camera technology is redefining low-light surveillance to new levels. Sourcesecurity.com spoke to manufacturers to discuss this technology and its applications in the security industry.  Stronger sensors, higher image quality In the second half of last year, Sony unveiled its Starvis sensor technology designed for industrial applications, including security surveillance. The sensors make high-quality images possible in very challenging light conditions by increasing light sensitivity up to 2000 mV or more per 1 µm2. Many security companies have wasted no time incorporating this technology into their starlight range.  China-based security camera manufacturer Qihan is one such company.  According to Ten Wu, CIS and European Regional Manager at Qihan, the company has worked closely with Sony, in addition to investing in research toward the development of its starlight range. Qihan is by no means the only Asian manufacturer with a starlight range. Tiandy and Korea-based CNB Technology also carry a comprehensive range of starlight cameras for customers to select from, while Nextchip has plans to incorporate starlight technology into its WDR range.   During challenging lightingconditions, Starlight cameras areequipped with the technology toslow down the cameras’ electronicshutter to capture more light Core to starlight camera technology is excellent light sensitivity, resulting in the ability to capture quality images under conditions with very little available light. Bosch’s starlight range, for example, includes a camera that promises to capture highly detailed 1080p monochrome images in low light levels of 0.000275 lux, and the ability to capture moving objects in high resolution with its high frame rate of 30 frames per second. Starlight cameras are equipped with the technology to slow down the cameras’ electronic shutter, when lighting conditions become challenging, to capture more light in order for the cameras to continue recording in colour.   Hardware and software enhance camera performance According to Niko Xie, Overseas Sales Director at Tiandy, performance is based on both hardware and software, requiring “special sensor and special algorithms” to capture images in challenging light conditions.    A qualified starlight camera should be able to provide clearer image with more colour detail than normal cameras. Cameras are capable of maintaining colour images for longer and provide better night vision when settings are switched to black and white. “Our starlight products not only use starlight sensors, but also our algorithm to enhance image quality,” said Xie on Tiandy’s starlight range.   As security companies raise the bar on security camera performance, they did not forget to apply the latest technology to their starlight range. Hence, starlight cameras from most manufacturers promise simple installation procedures and are further equipped with video analytics to enhance performance and data management, such as noise reduction, intelligent video analysis and remote access. Bosch’s starlight range, for example, provides high definition colour images in the dark through the combination of starlight technology and intelligent auto exposure, which enables the camera to automatically adapt to changing light conditions.   Starlight cameras’ clearer images and colour detail make them ideal for low-lightenvironments such as bars and clubs Starlight camera applications for low light and no light environments Starlight cameras can be applied in a wide range of situations and environments. Several environments stand to benefit from the increased security starlight cameras could achieve.   Places with low light or no light, for example, in a bar or club can benefit from starlight technology. The illumination is weak and under such conditions, normal cameras would have already switched to black-and-white image capturing, but starlight cameras would continue to capture clear colour images, explains Xie.  In addition, Wu adds that current surveillance systems could also be updated with starlight cameras to tremendously improve image quality at a similar cost compared to conventional cameras.   The security industry can definitely expect more to come on starlight cameras and their associated technology. 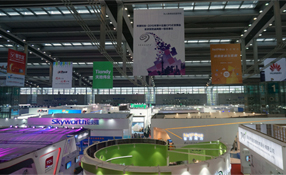 CPSE Shenzhen showcased security productsacross 11 halls. The show is arguably thelargest and most influential in Asia  China is the largest security market in the world. This makes the annual China Public Security Expo (CPSE) a force to be reckoned with and a place to be seen for every security company. Boasting 11 halls over an area of 110,000 m2 and more than 6,000 booths, CPSE is listed as one of the largest and, certainly, one of the most influential security shows worldwide, with more than 130,000 visitors expected to visit the show. Touring the show in Shenzhen this year, SourceSecurity.com caught up with local exhibitors among the sea of visitors to find out more about the Chinese security industry first hand. Beyond OEM: Making the invisible visible Following the successful footsteps of Hikvision and Dahua, many Chinese companies are focusing on building an international brand, in addition to their established OEM/ODM business. Tiandy is one such company. In recent years, Tiandy has been seen at international tradeshows, such as IFSEC, ISC West and Intersec. “We officially entered the international stage two years ago,” said Niko Xie. Overseas Sales Director at Tiandy. “We are a 22-year-old company and one of the few companies that focuses solely on IP products. We manufactured analogue products previously, but in 2012, the decision was made to solely focus on IP products.” The company may be a new participant on the international stage, but they are well known domestically. Within China, Tiandy products are all distributed under its own brand, even though only 30 percent of the company’s international sales are branded Tiandy. Internationally, Tiandy’s strategy is to partner with a sole distributor in each country, with the exception of the U.S. market, where they hope to find regional partners. Currently, Tiandy has a distributor in Turkey and the Middle East and is in talks with potential partners in other countries. Although local companies arekeen to expand abroad, noneare ignoring their advantageof being right within the world'slargest security market - China Sunell Technology is another Chinese company that is focusing on building an international brand. One of the top five companies in China, it has been in business for 18 years and currently ships to more than 90 countries. As the company is a major player in the OEM/ODM market with 70 percent of its sales generated from this sector, Sunell Technology only sells products under its own brand in countries where it does not conflict with established partners. One such region is Latin America, which Sunell Technology entered in 2013 with favourable results, seeing fast growth and increasing demand for its products in Mexico and Brazil. Domestic vs. international: The very large Chinese market Although local companies are keen to expand abroad, none are ignoring their advantage of being right within the world’s largest security market – China. In fact, there are several Chinese companies that generate more than 90 percent of their sales within the Chinese market alone. Kedacom and TCL, for example, generate approximately 90 percent of their sales in China, while Netposa and Hisilicon generate approximately 80 percent. Within China, major verticals include the government sector, finance and energy.  The government sector is considered a key vertical for all security companies and a high degree of customisation is required. Netposa, for example, customises their products to police sector requirements in China. Hikvision is also seeing a demand for drone surveillance in Chinese law enforcement. “We major in law enforcement and the government sector,” said John Xue, Executive Director of Kedacom. “The government sector is the biggest market. Every vendor understands that and tries to get into the market, because this is the market that has the biggest demand for security products, and it is developing fast. Solution-wise, we need to do strong customisation for the clients, so we have a strong R&D team to meet this need. We don’t compete with costs as we need to commit to quality for our customers who are either the government or large corporations who can’t afford mistakes.” Interestingly, many of the Chinese companies are mostly offering small solutions in their overseas markets, despite having undertaken large-scale projects domestically Company roadmap: strategic marketing Interestingly, many of the Chinese companies are mostly offering small solutions in their overseas markets, despite having undertaken large-scale projects domestically. They say the logic behind this strategy is that most overseas clients are unaware of their brands, so clients may be hesitant to employ their systems in large projects. Chinese companies hope to build up client confidence to deploy larger systems through smaller systems. To conclude, Chinese companies are skillfully balancing their domestic and international businesses in every respect, from product offerings to technology, key verticals and marketing strategies. The rise of the Chinese security industry is more than low-cost manufacturing.