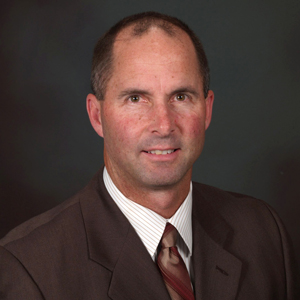 AlliedBarton was recently honoured as a U.S. Veterans Magazine Best of the Best Top Veteran-Friendly company AlliedBarton Security Services, the industry's premier provider of highly trained security personnel, announces its partnership and pledge to the Mayor's Office of Veterans Affairs that 10% of all new employees hired in Los Angeles will be military veterans. "I'm proud to announce that AlliedBarton is fully committed to ensuring that at least 10% of all new employees hired are military veterans," said Mayor Eric Garcetti, who established the Mayor's Office of Veterans Affairs to ensure that veterans in Los Angeles can access the services they've earned. "As America's leading physical security services company, which already has an award-winning, active military veteran employment program in place, AlliedBarton will help put many Angeleno veterans back to work, benefiting our families, neighbourhoods and economy." In June 2014, Mayor Garcetti announced regional veterans hiring initiative called "10,000 Strong" aimed at getting 10,000 veterans jobs by 2017. The initiative brings together over 100 companies and 40 non-profit and public-sector partners to offer supportive services or jobs for veterans. "As the war in Afghanistan is winding down, thousands of veterans are returning to Los Angeles who are seeking to transition back into the civilian workforce," said Mike Smidt, AlliedBarton Vice President/General Manager. "AlliedBarton is committed to hiring veterans, reservists, their families and caregivers, and promoting this important hiring practice. Our company-wide military hiring program, Hire Our Heroes, is an essential part of our recruiting strategy. We are proud to partner with the Mayor's office to hire Angeleno veterans and challenge other local businesses to join this important initiative." AlliedBarton, which hired more than 5,000 veterans in 2013, was recently honoured as a U.S. Veterans Magazine Best of the Best Top Veteran-Friendly Company for the second consecutive year.

AlliedBarton announces election of Mike Smidt to Executive Board of CALSAGA

Mike Smidt will join the Executive Board for 2015 and 2016 as the Board Secretary AlliedBarton Security Services, the industry's premier provider of highly trained security personnel, announces the election of Mike Smidt, Vice President/General Manager, to the Executive Board of the California Association of Licensed Security Agencies, Guards and Associates (CALSAGA). He will join the Executive Board for 2015 and 2016 as the Board Secretary. CALSAGA, is the only industry association in California dedicated to advocating on behalf of the security industry in the California Legislature and the Bureau of Security & Investigative Services (BSIS) to make sure its voice is heard. The organisation has led efforts over the past several years to bring greater accountability in licensing, training and background screening standards that has made California a national leader in security. "It is an honour for AlliedBarton that Mike has been elected to the Executive Board of CALSAGA, which is dedicated to improving the services and brand perception of the security industry, elevating industry standards and serving as an advocate for industry interests with the Legislature," said Ron Rabena, Division President - National Security Operations, AlliedBarton. "Mike will be a great asset to CALSAGA in the coming years." "I am excited to be elected to the Executive Board of CALSAGA," said Mike Smidt, Vice President/General Manager, Southwest Region, AlliedBarton. "I look forward to working with my fellow board members to help raise and improve the quality of service and the public perception of the security industry." Smidt is responsible for operational oversight and delivery of service to AlliedBarton's Southwest region. He joined AlliedBarton in 2003 and has more than 28 years of security industry experience. Smidt belongs to several associations, including ASIS, the Los Angeles Police Foundation and the Santa Ana Chamber of Commerce. He holds a B.S. in business administration from California State University and is a graduate of ISMA's Executive Leadership Program from Georgetown University.