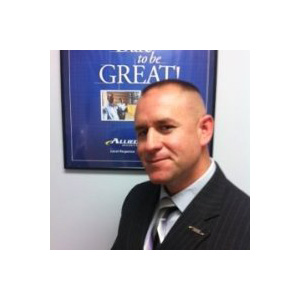 Veterans are able to use their skills from the military to help develop strategies Ex-army officers/ military veterans bring considerable skills and invaluable experience to security companies. Not only do they play an important role in frontline positions, but also their exposure to a diverse array of security challenges make them increasingly valuable in formulating security management strategies. At the same time, such companies also offer the veterans an alternative and rewarding career in the civilian workforce where their past experience is highly valued. It's a win-win situation for both parties. Kevin Farrell always arrives early to his job at the offices of G4S Security in Jupiter, Florida. As senior manager for the national communications centre, he is charge of all the communication with more than 130 field offices for this large security company. A former military officer and current Florida National Guard captain, he has spent 23 years serving in capacities ranging from commanding an artillery unit to transportation security and military policing.   “We manage incoming crisis calls, field calls, requests for services and internal operations,” says Farrell. “We can handle anything from (company response to) Super Storm Sandy and utilise our centre here to ensure that our officers and clients are taken care of. We use this as an operations centre to send officers from other locations to assist (with situations.) It’s a 24/7, 365 day operation.” When the East Coast was ravaged by Super Storm Sandy a few years, G4S sent more than 100 additional officers to assist customers in digging out from the disaster. Farrell’s operation, which includes a dozen managers and staff, is tasked with handling all the critical communications needed to make such big logistical operations happen. In addition to crisis, the centre also handles big jobs such as communications for events like the Super Bowl. Veterans working for security companies say their military backgrounds and the wide variety of skills they acquired there serve them well. Veterans working for security companies say their military backgrounds and the wide variety of skills they acquired there serve them well “There was a time I was pushing 4000 hours per week providing security coverage with 120 officers that worked for me at the time,” says Timothy Meredith, Client Value Manager at AlliedBarton Security Services. That job was one of a series of positions with increasing responsibility Meredith has filled since joining the company in 2007. His first job as a uniformed security officer came at an opportune time for the military veteran. After first getting out of the service he had joined a company called Homeland Security Solutions that provided military police training to the U.S. Navy. When that contract ended, and the Navy took the program back in-house, he was left unemployed. “I was out of work, so just like anybody else I was jumped on the computer immediately and started looking for a job,” he recalls. He was seeking a security industry position when he came across a listing for AlliedBarton. Within a few days he was working as a new emergency response officer responsible for providing security to a variety of client sites. He received his first promotion within three months and has moved steadily up the ladder since then. Each position has brought more responsibility and – usually – an extended geographic area. His latest job put 600 employees and 60 different work sites under his authority. “I was looking for a solution where I could advance my future and do something good and meaningful at the same time,” recalls Kateri Nelson, Capture Management Support Representative with AlliedBarton Security Services. “I thought the military was a good option for me.” “We can handle anything from (company response to) Super Storm Sandy and utilise our centre here to ensure that our officers and clients are taken care of... It’s a 24/7, 365 day operation”, says Florida National Guard captain - Kevin Farrell. Thanks to the military, she was able to not only complete college, but also attend advanced training in linguistics and human intelligence. These were all skills that proved useful when it came time to move into the security industry. While finishing up a tour of duty with the Colorado National Guard, Nelson learned about an opening with AlliedBarton from a fellow soldier in her unit. She got her foot in the door as a human relations assistant and then quickly moved into a recruiting job that allowed her to use her skills in identifying and interviewing candidates for jobs within the company – including a number of fellow veterans. More recently she was promoted to “capture management” for the company. “That has been a great opportunity to use some of my other military skills as far as intelligence collection,” says Nelson. “We focus on government security contracting opportunities. I’m able to use my skills from the military there to help develop strategies and get any relevant intelligence around a pursuit we might be interested in following.” For these and other veterans, the security industry has proven a path of opportunity that has allowed them to put their hard earned skills to work in the civilian workforce.