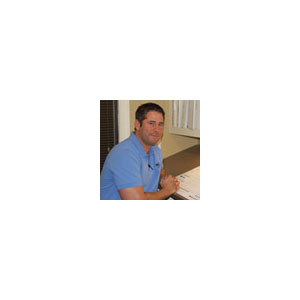 Chris Tyndall is EAVA Certified--CTS-ACP. He is the Area Manager at North Carolina Sound of Goldsboro, LLC. 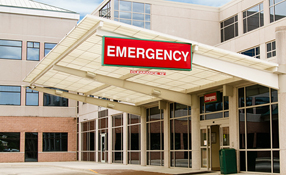 Part 7 of our healthcare series Integrators can sell a breadth of possible equipment into the healthcare market One appeal of the healthcare market for North Carolina Sound, an integrator covering central North Carolina, is the breadth of possible equipment they can sell into the healthcare market, including access control and video, of course, but also other technologies, such as audio-video systems in a dining room. North Carolina Sound has also installed sound masking in some areas with waiting rooms to protect private patient information from being overheard. Locking systems on pharmaceutical doors are another opportunity. North Carolina Sound North Carolina Sound was founded in 1988 in Zebulon, N.C., covering central North Carolina until opening an office in Goldsboro in 2001. This expanded the integrator’s territory to a total of 58 counties in North Carolina and eight in South Carolina. In 2010, North Carolina Sound combined its offices to a central location in Goldsboro. After outgrowing that location, they have moved to Pikeville, N.C. The company has 25 employees and handles systems integration, access control, video, sound, mass notification, overhead paging, audio-visual solutions and fibre/data networking – basically anything low voltage. Wayne Memorial Hospital - case study Among North Carolina Sound’s customers is Wayne Memorial Hospital, Goldsboro, N.C., which uses about 340 video cameras, with 80 percent or more of them converted to IP. The hospital is replacing analogue with IP cameras as budget allows, building network infrastructure to support the system. Existing analogue cameras are added to the IP infrastructure using 4-port converters that tie into Panasonic ASM 970 IP Matrix Software (used in lieu of a video management system). There are 18 or so monitors on the wall in the control room. The work with Wayne Memorial Hospital has helped North Carolina Sound to get it’s “foot in the door” of the healthcare vertical, and people are starting to take notice. They have also had some success with small doctors’ offices and assisted living facilities. [The biggest vertical market for the integrator was education until a couple of years ago.] More technology on the horizon will help integrators succeed in the hospital and healthcare market for years to come “The first thing is budget, and the second thing is IP infrastructure,” says Lester Peele, Director of Business Development, North Carolina Sound. “They have to increase their staff [at Wayne Memorial Hospital] to maintain the infrastructure being thrown onto the network,” adds Chris Tyndall, Area Manager, North Carolina Sound. Amalgamation of security technologies Card-based access control (using a Sielox system) helps to protect areas at Wayne Memorial where Health Insurance Portability and Accountability Act (HIPAA) medical records are kept, for example. However, the video and access control systems at Wayne Memorial Hospital are totally separate at this time. “We all know in the times we live in now, everyone is on high security alert, anytime anyone comes into the hospital,” says Tyndall. Video records footage of ambulances coming into the hospital. Facial recognition on the cameras can identify anyone in the database who had a warrant against them or have been banned from coming into the hospital. Metal detectors are also used at entrances. Licence plate recognition is used in the hospital parking lot. “If you have an employee who left in an abrupt manner, if they come back on the grounds, it alerts you,” says Tyndall. The system can also provide an alert if a license plate number has been identified by police as, for example, having been involved in an event outside the hospital grounds. "4K cameras are a big trend in video as they perform above and beyond what he expected, and offers benefits like post-record zoom (preserving the details), and fewer cameras needed" Panasonic PTZ cameras cover the parking lot, mounted on light poles; and around 85 to 90 percent of them are wireless; a Ubiquiti “radio” at the camera transmits a video signal to a switch that is wired into the system. “The hospital is really wanting their systems to communicate together,” says Tyndall. “They want body cams, police cruisers, all meshed into one solution. Video being sent from the body cams and car videos can be meshed back to the Panasonic recorder.” The emergency room has administrators who watch the waiting room to make sure people are leaving in a timely manner. Video can also be used to monitor wait times. “A certain shift might be moving patients slower than other shifts,” says Peele. In the pharmaceutical area, a 360-degree camera on the ceiling can watch down into each row of shelving to provide surveillance. 4K cameras trend Peele sees 4K cameras as a big trend in video. The new Panasonic 4K cameras provide really clear, high-quality video, and it can be integrated with the Video Insight video management system (VMS), now a part of Panasonic’s product offerings. The 4K cameras perform above and beyond what he expected, and offers benefits like post-record zoom (preserving the details), and fewer cameras needed. For example, Lester could recently cover a 300x150-foot building using two 4K cameras – with 100 percent coverage and overlap. He also expects more integration of door access with video, with everything working together. More technology on the horizon will help North Carolina Sound succeed in the hospital and healthcare market for years to come. Read Part 8 of our Security in Healthcare series here Save