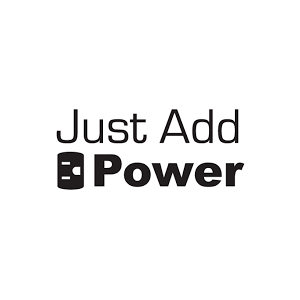 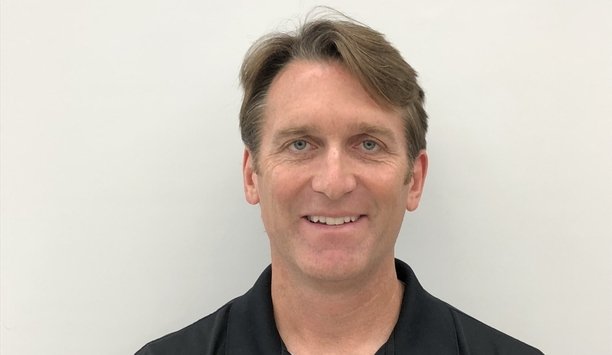 Just Add Power (J+P), a provider of Ultra HD over IP, continues its focus on customer service with the appointment of Brian Sandifer as regional sales director covering the southern U.S. In his new role, Sandifer will be responsible for the management of existing dealer partners and for the development of new business. Sandifer is based in Tampa, Florida, and reports to J+P Sales Team Manager Taft Stricklin. "Just Add Power strives to ensure we staff our sales team with knowledgeable pros who have a long history in the industry on both the product development and design sides," said Stricklin. "Brian's expertise, experience, and relationships will be a boon for our sales organisation and our customers alike."Just Add Power continues to take bold steps into the video over IP arena and delivers on the customer expectation of flawless video experiences" Integration-manufacturer expertise With nearly 20 years in the CE industry, Sandifer has amassed a wealth of experience within the integration-manufacturer space in CEDIA and AVIXA. Before joining J+P, Sandifer spent 13 years at Onkyo USA, where he oversaw the technical team and helped steer product development. In his position at Onkyo USA, he took on a multitude of responsibilities, from supporting dealers on technical design to building new products. He also garnered hands-on customer service skills as a project manager for a high-end installation firm. He holds a Bachelor of Science in business administration with a concentration in management from the University of North Carolina at Charlotte. "Just Add Power continues to take bold steps into the video over IP arena, making the company a well-known industry innovator that delivers on the customer expectation of flawless video experiences," said Sandifer. "This position is an incredible opportunity to be a part of that conversation and to help customers integrate solutions that create ease and excitement for end users." 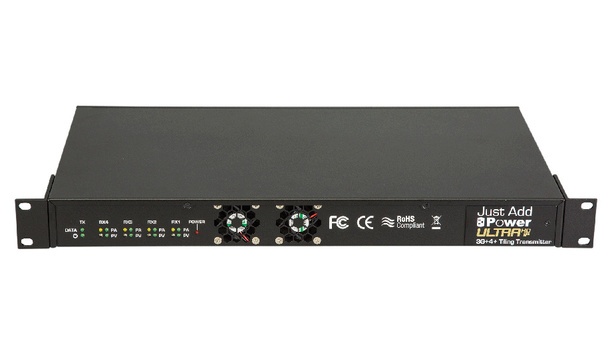 Just Add Power (J+P), a provider of Ultra HD over IP, lets integrators build a future-proof video distribution system of networked AV devices that is scalable, reliable, economical, and easily controllable. The company will showcase its new 3G Ultra HD over IP transmitter (707POE) and receiver (508POE), 2GΩ/3G+ PoE options, 3G+4+ Tiling Transmitter, and the Plug-Play-Present application that adds simple logic control to any transmitter at booth 4081 during InfoComm 2017, June 14 – 16, at the Orange County Convention Centre in Orlando, Florida. New for the show is the J+P web-based control application, which allows users to easily control the company's video matrix from any web-enabled device. 3G Ultra HD over IP models "We like to think of our solutions like building blocks. No matter what you invest in today, we've designed an infrastructure that can be sustained and manufactured reliably for many years, providing integrators with a scalable, dependable approach to their commercial video distribution needs," said Taft Stricklin, Sales Team Manager at Just Add Power. "J+P's portfolio is engineered so that legacy solutions work with any of our technology bought in the future. At the show, attendees will see our latest range of solutions that build upon that legacy, adding new capabilities to address the complexities of today's commercial applications.” On display at the show will be J+P's latest 3G Ultra HD over IP models. Designed for any size of 4K HDMI distribution and HDMI matrixing application, these new models allow integrators to better manage their hardware budget on projects with 4K HDMI distribution requirements — including 4K — with HDR distribution. These entry-level models can be mixed and matched with more advanced Ultra HD over IP devices, allowing integrators to save on costs without sacrificing enhanced functionality, such as audio extraction, downmix from Dolby 5.1, and CEC control in zones. Seamless HDR and HDR10 support The 3G Ultra HD over IP transmitter (707POE), and a new, more affordable 3G Ultra HD over IP receiver (508POE) distribute up to 4K Ultra HD visually lossless video with no latency over a single Cat-5e cable, enabling dealers to lower costs associated with 4K HDMI distribution projects. These two models offer an essential 4K feature set for 2017 and beyond: 4K with seamless HDR and HDR10 support, seamless HDCP 2.2, 4K to 1080p scaling for legacy displays, two-way RS-232 and IP control, as well as support for video walls and all audio formats up to and including Dolby Atmos and DTS:X. J+P will also showcase its new 2GΩ/3G+ PoE models, the VBS-HDMI-515POE receiver and VBS-HDMI-715POE transmitter. They combine the enhanced audio and feature-set of the 3G system with the maximum 1080p resolution of 2G devices. Both also boast support for maximum 1080p video with HDCP 1.4, all lossless audio formats including Dolby Atmos, control endpoints with RS-232 and IR (using VBS-HDMI-IRD), stereo audio output with 170ms audio delay, CEC control, and image play capabilities. Future-proof infrastructure The receiver also features integrated scaling, enhanced video wall with rotation option, and USB 2.0 over IP. The transmitter offers HDMI pass-through (transmitter) and USB 2.0 functionality. Just like the rest of the models within J+P lineup, the models integrate seamlessly with both 2G and 3G, allowing integrators to build a future-proof infrastructure that suits the application. The device allows integrators to create a scene based on the video being presented Attendees will also see the world's first 4K network video tiler by J+P. The 3G+4+ Tiling Transmitter is an incredibly flexible device that can be applied to any size residential or commercial installations requiring multiview functionality, providing video support for resolutions up to full 4K and HDR compatibility. Added to the J+P Ultra HD over IP matrix switching system, it enables users to simultaneously watch four video sources in multiple formats, including single-screen, video wall, or tiled video. Once tiled, the video feed can be distributed to an unlimited number of screens, making it the ideal solution for commercial spaces. It gives integrators the power to create up to four customisable windows with easy presets, picture in picture or picture over picture, and adjust transparency of images for multi-layered, dynamic display. Multiple tiling transmitters can be stacked together to add more sources and allow an infinite number of windows within windows. Plug-Play-Present solutionFinally, J+P will demonstrate its Plug-Play-Present, which adds logic control to all J+P transmitters. Whether it's a huddle room with a single screen, a board room with multiple screens, or part of a large matrix, the Plug-Play-Present makes connecting and switching sources intuitive and reliable. Users simply connect any source to any HDMI or VGA transmitter, and the transmitter does all the work. The device allows integrators to create a scene based on the video being presented. It can power devices on and off as well as communicate with network devices. The transmitter can send CEC, IR, IP, or RS-232 commands to a single screen, multiple screens, or the network switch with simple conditional statements to make control possible without the additional expense of an outboard control system.