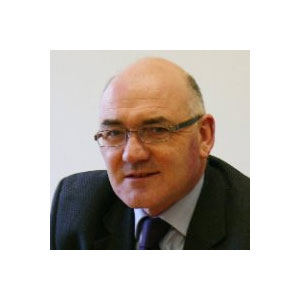 Raymond Clarke is the Chairman of IQ Verify.

The approval follows the Security Camera Commissioner to audit to the Surveillance Camera Code of Practice IQ Verify is pleased to announce that it has gained approval from the United Kingdom Accreditation Service to certificate to ISO27001, the standard for Information Security Management. Information Security Management Systems (ISMS) provide a framework of policies and procedures that include a range of legal, physical and technical controls for an organisation’s information risk management process. As information security is becoming increasingly paramount in businesses, this standard is vital to proving a business protects client data. IQ Verify plans to run workshops on ISO27001 "We are delighted that we’ve been granted UKAS approval to assess this critical standard" said Raymond Clarke, Chair of IQ Verify. “We have placed Organisational Resilience at the heart of IQ Verify and Information Security Management is now an integral aspect of business continuity.” Clarke also announced that IQ Verify intends to runs a series of workshops on ISO27001 in conjunction with the Institute of Administrative Management (IAM) and other industry partners. IQ Verify’s achievement of ISO27001 approval follows recent UKAS accreditation for BS7958:2015 and authorisation from the Security Camera Commissioner to audit to the Surveillance Camera Code of Practice. Clarke stated, "We expect to make further significant announcements on the development of the IQ Verify Organisational Resilience and Security suites of standards in the coming months."