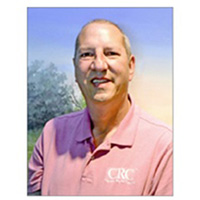 Ambrus comes to CRC with almost 25 years in the medical and security monitoring industry. He began his career as a programmer/technical assistant and has held a number of supervisory and management positions throughout his career. 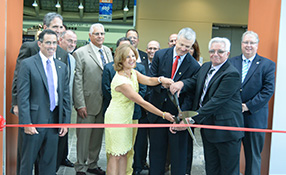 ESA opens the 2015 exhibit show floor with a ribbon cutting ceremony The Electronic Security Association (ESA) wrapped up ESX 2015, June 24 to 26 in Baltimore, Md., drawing integrators, manufacturers and association members from across the country to attend the annual educational, exhibits and networking event. Security integration companies Celebrating its eighth year, the show is jointly owned and sponsored by ESA and the Central Station Alarm Association (CSAA). ESX includes education targeted exclusively to the needs of electronic security integration companies and monitoring firms, including peer-hosted sessions featuring business strategies centred on navigating the new world of technology with increased profitability. This year’s show hosted more than 2,000 security industry companies and personnel as well as central station owners, while some 200 exhibitors participated. ESX 2016 show dates were also announced: June 8 through 10 at the Fort Worth Convention Center in Fort Worth, Texas. Marshall Marinace, president and chief executive officer of ESA and the president of Marshall Alarm Systems Corp., in Yorktown Heights, N.Y., says ESX 2015 was extremely successful, with educational, networking and social events well attended. “The design of ESX is relevant to alarm companies and our members,” Marinace says. “For our attendees, it’s a quality show. What I mean by that is that one integrator told me how difficult it is to connect with the right people at the larger shows. This smaller, more intimate gathering allows one-on-one conversations. He was so pleased he was able to sit down with a manufacturer for some 30 minutes, connecting with the right people about a product and its application. After the conversation, he decided the product was the right fit for his business.” Awards and presentations The opening keynote speaker was Retired U.S. Army Special Forces Officer Major General James “Greg” Champion, who spoke about leadership and the concept of leading by example. In addition, ESA raised some $20,000 for its ESA Gives Back campaign, this year supporting the Green Beret Foundation, an organisation that Champion previously served as chairman. ESA’s insurance company, Security America Risk Retention Group, sponsored the keynote, and the Foundation had a booth in the exhibit hall, where attendees could learn more about the organisation and see weaponry demonstrations. ESA raised some $20,000 for its ESA Gives Back campaign supporting the Green Beret Foundation A first at ESX was the presentation of two William N. Moody Awards. Started in 2004 by the Security Industry Alarm Coalition (SIAC), the Moody award is given annually to an individual who demonstrates a passion for advancing positive alarm management and best industry practices. Presented on behalf of SIAC, Honeywell executive Ron Rothman received the 2014 award. Rothman, who retired July 1, was the president of the global business of Honeywell Security Group, Melville, N.Y. He spent some 35 years with Honeywell, starting his career with Ademco in the 1980s. The 2015 Moody Award was presented to Stan Martin, executive director of the organisation in Frisco, Texas. Martin has been a fixture in the industry for decades, promoting professionalism and spearheading documents such as the Model Alarm Ordinance, designed to educate installers and end users on proper alarm use with the goal of alleviating false alarms. Accolades presented during the CSAA 2015 Central Station Excellence Awards breakfast included: 2015 Central Station of the Year, Guardian Protection Services, Warrendale, Pa. Central Station Manager of the Year, Randy Ambrus, Cooperative Response Center (CRC) Inc., Austin, Minn. Central Station Operator of the Year, Susan Farris, Security Central, Statesville, N.C. Central Station Support Staff of the Year, Kyle Johnson, DMC Security Services, Midlothian, Ill. Finally, ESA awarded $10,000 in scholarships to students from Pennsylvania and New Jersey as part of the association’s annual Youth Scholarship Program. Douglas Leonard of Maple Glen, Pa., received top honours with a first-place scholarship of $7,500, and Caitlin Murphy of Morristown, N.J. won $2,500 for second-place. Since the ESA Youth Scholarship Program was created in 1996, the association and its affiliated Chartered Chapters have donated $541,500 in scholarship funds to children of police officers and firefighters.