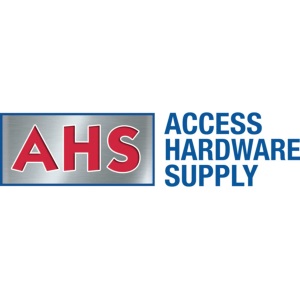 Nexkey, a globally renowned innovator in the cloud and mobile-based access control industry, trusted by over 20,000 users, has announced the launch of Nexkey Solo, a wireless, battery-powered door strike. Traditional access control solutions that work with wired electric strikes require a door controller, reader, and access control panel to be connected with the strike to make the whole solution work. The result of needing up to four pieces of hardware drives up installation effort to hours and costs into the thousands of dollars. Nexkey Solo Nexkey Solo is an all-in-one device that connects to Nexkey’s cloud service through a user's mobile device and installs via a simple cutout in the doorframe, which a licenced locksmith or security integrator can do in a few minutes. “Any installer's team needs more time to find a parking spot and unload the truck than installing a Nexkey Solo,” said Joel Frazee of wholesale distributor Access Hardware Supply. Mobile access Nexkey Solo, as well as Nexkey’s Core and Controller, can be unlocked via a user's mobile phone or Apple Watch Nexkey Solo, as well as Nexkey’s Core and Controller, can be unlocked via a user's mobile phone or Apple Watch. The Nexkey Solo costs US$ 499 + US$ 9/door to access Nexkey’s cloud service. Installation ranges from US$ 120 - US$ 200, recommended to be done by a professional, keeping total cost per door at about one-third that of a traditional access control system. “I have never seen a customer go with another solution after seeing a quote for Nexkey”, said Matt Johnston, President of The Flying Locksmiths Orange County, adding “We had our best quarter ever and Nexkey was a big part of that.” Versatile, low cost access solution The versatility of the Nexkey Solo, its ease of installation and all-in low cost, opens up many more opportunities for dealers and end users than traditional access control. “Our market research has shown that 45% of businesses that currently don’t have access control would spend US$ 200 - US$ 1,000 per door and 36% are open to paying US$ 6 - US$ 10 per door per month. We’re right in that sweet spot,” stated Eric Trabold, Chief Executive Officer (CEO) of Nexkey. Easy to use, install Nexkey Solo allows any dealer, whether they have been in the business for 40 years or 40 minutes, to deploy an access control solution that is right in the sweet spot, in terms of what the customers are willing to pay for it. They now have the opportunity to capture a larger portion of the market and build up a recurring revenue stream. System Integrators focused on alarm and video can enter the access control space with little to no learning curve. Locksmiths that are interested in getting into access control can now get started without needing to have low voltage skills. Smart access control capabilities Nexkey has totally changed the way we manage access control" “Nexkey has totally changed the way we manage access control,” said Jake Pelk, Battalion Chief at Central County Fire Department, adding “After using it at one location for about a week, we knew that this is the right platform for all our stations and decided to expand quickly. The low cost made it an easy decision to roll it out to 6 more locations.” "A year ago, Nexkey transformed the access control industry by launching the first solution to bring smart access capabilities to any mechanical lock through the Nexkey Core, the world’s most versatile smart cylinder,” said Eric Trabold, CEO of Nexkey. He adds, "With the game-changing Nexkey Solo, we’re going a step further by totally disrupting the market for electronic door strikes, which up until now dominated the US$10 billion access control market. Through our extremely versatile and affordable hardware we’re opening access control up to the masses, not only a select few.”