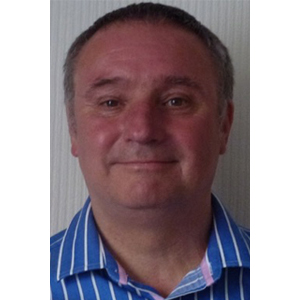 Garry Hobbs serves as a Security Consultant at Global MSC Security and Indesec Consultancy Services Ltd. He has completed his Electrical and Electronics Engineering from East Herts College.

The new installation employs Fluidmesh VOLO 2x2 MIMO-based wireless radios 3200 Base radios The Willow Lane Trading Estate in Surrey, England, a well-established centre of commerce and industry for many years, houses over 150 businesses and employs over 2,500 people. When they were required to upgrade their existing analogue video surveillance system, the Business Park chose the wireless solutions from Fluidmesh Networks to meet their needs. The consultant on the project, Garry Hobbs of UK-based MSC Security, together with the integrator, Andy Raymond of Link CCTV and Security, turned to Fluidmesh to upgrade the existing analogue camera system cameras running over wireless Fluidmesh FM2200E-D radios to Bosch and Avigilon network management software. The new installation is employing Fluidmesh VOLO's, which are 2x2 MIMO-based wireless radios designed for backhauling mission-critical video, voice, and data, and Fluidmesh 3200 Base radios, which host an integrated sector antenna, providing coverage of 120 degrees. The 3200s can create highly customised point-to-multipoint, mesh, and mobile networks. Two FM3200B radios were deployed, allowing coverage across the whole Willow Lane estate. Meeting objectives & challenges The key objective of the Business Park was to effect a complete system update, and migrate to a full IP / HD system (including upgrade of ANPR, and a new recording / integrating front end). Another key goal was that the system be designed to enable substantial expansion. It was critically important that the recorded images provide legible, evidential quality capture of VRMs from both general cameras where applicable and appropriate, and from the upgraded ANPR cameras from their capture locations. This solution didn't come without its challenges. Among them, there was no existing duct infrastructure, and the system needed to be wholly wireless. Good and reliable coverage was essential, to address various concerns of fly-tipping, and vehicle damage that had occurred previously. The existing system comprised an aging wireless analogue 2.4GHz architecture, later supplemented by a small number of Fluidmesh wireless IP transmitted cameras, recording onto a basic DVR. The majority of the camera locations utilised street lighting columns, making equipment size and weight key considerations. Technical advancements achieved The existing system comprised an aging wireless analogue 2.4GHz architecture, later supplemented by a small number of Fluidmesh wireless IP transmitted cameras, recording onto a basic DVR Upgrading the system has allowed for the introduction of higher resolution IP cameras and significant expansion in the future. This has been achieved by implementing the Fluidmesh 'Prodigy 2' protocol in conjunction with 2 x 2 MIMO wireless transmission. The 'Prodigy 2' protocol has been developed by Fluidmesh to deliver virtually zero latency for mobility applications, such as vehicle-to-ground transmission. The protocol is now providing similar performance in fixed infrastructure installations. In particular, where there are a number of wireless 'hops' (repeaters) due to obstacles in the transmission path, the 'Prodigy 2' protocol encompassing Multi Protocol Label Switching (MPLS) provides un-paralleled performance for video and telemetry transmission. Room to grow While Fluidmesh solutions had already been providing security to Willow Lane Business Park, the main criteria consideration for this wireless architecture upgrade was cost effectiveness, the ability to create a PTMP (Point to Multi-Point) system architecture, and allowing all estate cameras to link back to the Node block via Sector type top of block antennae / Rx units. The equipment had to provide dynamic system management and monitoring remotely, with the ability to upgrade (via licence) various elements to incorporate system expansion as later phases rollout. Fluidmesh was prepared to, and undertook, an evaluation of the existing site entailing frequency scanning/topographical etc., and provided a detailed and accurate architecture/frequency overview for both existing and proposed later phase expansion. It proved very beneficial to Willow Lane Business Park that Fluidmesh wireless transmission products are designed to 'telecoms standards' which demand a high MTBF (Mean Time Between Failure) rating and high availability in all types of environments. With backward compatibility throughout the product range, allowing existing equipment to function alongside new models, investment protection is guaranteed. Customer satisfaction The system has proved to be very reliable to Willow Lane Business Park, enabling them to take care of business for their businesses. It is producing high quality images, and the transmission is proving to be highly stable, robust and resilient, without dropped packets/jitter, etc. Several incidents (including fly-tipping) have been successfully captured/recorded since the new system was commissioned. The benefits to the stakeholders themselves, and of course, visitors to the estate, have been significant.