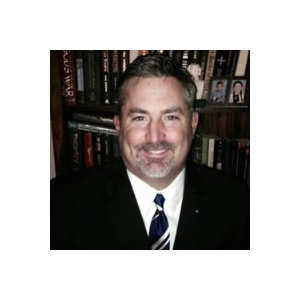 Ethan Maxon recently joined Sentry360 as Vice President of Global Sales. Mr. Maxon joins Sentry360 after almost 7 years with Arecont Vision where he served in two roles, first as Regional Sales Manager for the Southern Hemisphere (Latin America, Middle East, Africa, Australia & New Zealand). In his second role with the company, he was promoted to Regional Director for Western North America. Mr. Maxon holds a Bachelor of Arts degree in Communications and Literature from the University of San Diego, and he has two years of additional graduate work at Capitol College and the UCLA Anderson School of Business.

Maxon's primary responsibility will be to lead sales team to execute Sentry360’s growth plan over next 2 years and beyond Sentry360, a manufacturer of advanced megapixel surveillance cameras for government and commercial markets, announced reccently the appointment of Ethan Maxon as Vice President of Global Sales. His primary responsibility will be to lead our sales team to execute Sentry360’s aggressive growth plan over the next two years and beyond. Maxon’s previous roles Mr. Maxon joins Sentry360 after almost 7 years with Arecont Vision where he served in two roles. First, as Regional Sales Manager for the Southern Hemisphere (Latin America, Middle East, Africa, Australia & New Zealand), where he grew his team’s sales from $1.8M to $8.2M over almost four years. In his second role with the company, he was promoted to Regional Director for Western North America, leading his team from $14.5M in 2012 to $23.8M in 2014. Founder and CEO of Sentry360 Thomas Carnevale said, “Ethan comes to Sentry360 at an important time in our company’s growth story. When you scale an organisation, the way we are, it’s critical to have all the key components of product, process, and people. One of the most challenging things any organisation has is getting the right quality people to lead. Ethan’s direct influence in revenue growth, reputation of integrity, and exemplary leadership style make him the perfect fit in joining our executive team and leading our sales organisation to achieve our goals.” International business working Since 1994, Mr. Maxon has built substantive experience in international business working in management positions for companies based in Finland, Germany, the Netherlands, Japan, and the United States. From 2005 to 2008, he served as Director of Global Marketing for Optelecom-NKF (now TKH). “It is extremely exciting for me to be part of the Sentry360 team,” said Ethan. “In addition to achieving my career goal of leading a global sales effort, there are three key reasons for why I have joined this exemplary group: (1) to deliver the strength that comes from offering our customers a complete video networking solution, (2) to be a thought leader as our industry moves toward intelligent video at the edge, and (3) to further Sentry360’s already tenacious and relentless commitment to quality and customer-centered service.” Mr. Maxon holds a Bachelor of Arts degree in Communications and Literature from the University of San Diego, and he has two years of additional graduate work at Capitol College and the UCLA Anderson School of Business. 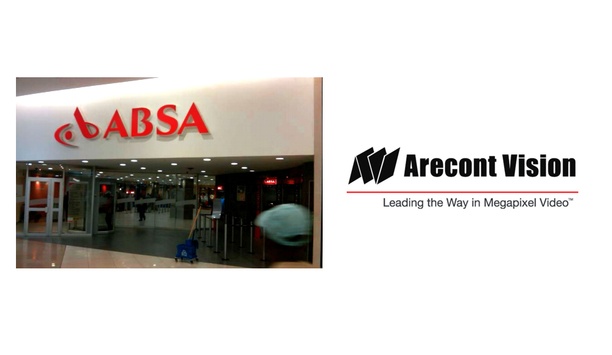 Customer: The Absa Group Limited is one of South Africa’s largest financial services groups, offering a complete range of banking and wealth management products and services. Absa Bank's business is primarily in South Africa, and the group has equity holdings in banks in Mozambique and Tanzania. Absa is a subsidiary of Barclays Bank, a major global financial services provider with an extensive international presence in Europe, the United States, Africa and Asia. Challenge: Absa Bank’s objective was to streamline its processes and reduce costs while maintaining a clear focus on the individual customer’s experience. Their decision to deploy megapixel network cameras in a proof-of-concept video surveillance installation was based on leveraging the greater system efficiencies, functionality and superior image quality of megapixel technology. Megapixel solution: The new security surveillance system at Absa Bank was installed by AV Enforce Electronics (AVEE) of South Africa. The system employs Arecont Vision's 2.0 and 3.0 Megapixel Cameras positioned behind teller stations to closely monitor transactions between bank employees and clients. In addition, Arecont Vision's 8 Megapixel 180-degree and 360-degree Panoramic Cameras (AV8185 and AV8365) watch over customer queues, automated teller machines (ATMs) and the general banking hall with extreme image detail. Each Arecont Vision megapixel camera at the Absa Bank installation is connected to a power-over-Ethernet network switch that serves as the network video connection and also as the power source to the camera. Cameras are recorded on Luxriot network video recorders. The system is monitored locally by authorised management personnel. Arecont Vision's AV3105 3-Megapixel Camera uses a ½ inch CMOS sensor to provide 2048x1536-pixel progressive scan images at up to 15 frames per second (fps). The camera is built with Arecont Vision's massively-parallel MegaVideo technology, providing image processing at billions of operations per second. It can output multiple image formats of larger areas to allow simultaneous viewing of the full resolution field of view and regions of interest. The Arecont Vision AV2105 2-Megapixel Camera provides 1600x1200-pixel video at up to 24 fps, with light sensitivity of 0.1 lux at F1.4. Features include forensic zooming on archived video, region-of-interest views, as well as image cropping and motion detection. The panoramic view cameras used at the Absa Bank proof-of-concept installation are the 180-degree Arecont Vision AV8185 and 360-degree Arecont Vision AV8365 8-Megapixel Cameras. Both models employ four 2-megapixel sensors enclosed in 6-inch IP66-rated domes and provide up to 6400x1200-pixel images at 5.5 fps. The cameras can be set for lower resolutions at higher frame speeds, such as 1600x1200-pixel images at 22 fps or 800x600-pixel images at 88 fps. The cameras also use Arecont Vision MegaVideo video processing at billions of operations per second. Light sensitivity is 0.2 lux at F2.0, and the cameras provide image cropping and up to four regions-of-interest. “Arecont Vision outperforms all the current competitors,” said Alex De Barros of AV Enforce. “The price compared to analog cameras is better considering the fact that you gain so much. We were able to capture images for the bank that were never achieved before.” The proof-of-concept system atAbsa Bank has demonstratedthat megapixel cameras aresuitable for applications inthe banking environment andrepresent a significant upgradein system functionality comparedto standard-resolution cameras Megapixel benefit: Arecont Vision megapixel network cameras use H.264 compression to minimise bandwidth and storage needs and are available at costs comparable to standard-resolution alternatives. Megapixel images provide much more detail in playback mode for forensic investigations. Operators can zoom in for up-close views on stored images. They can view specific parts of a larger image, such as a person's face. A benefit for Absa Bank is creation of a database of suspected criminals to allow operators to identify them easily. The use of megapixel video enables a larger area to be covered with fewer cameras, which reduces overall system cost which make it easier to realise ROI. Higher-resolution images boost the functionality of systems, enabling pristine image quality at industry-leading high frame rates, while minimising bandwidth usage with H.264 video compression. The proof-of-concept system at Absa Bank has demonstrated that megapixel cameras are suitable for applications in the banking environment and represent a significant upgrade in system functionality compared to standard-resolution cameras. In addition to lower bandwidth and storage requirements, megapixel cameras can dramatically decrease costs related to other elements of a system, such as fewer software licenses, less cabling, fewer lenses, and a decrease in man-hours needed to bring it all together. “There is a lot at stake in the banking environment, and megapixel imaging can vastly improve the performance of the video surveillance systems in this important market,” said Ethan Maxon, Middle East and Africa Regional Sales Manager of Arecont Vision. “We continue to spread the word about the unparalleled image quality and resolution of Arecont Vision's megapixel IP video cameras. It's good to know that Absa Bank has experienced those benefits first-hand.”