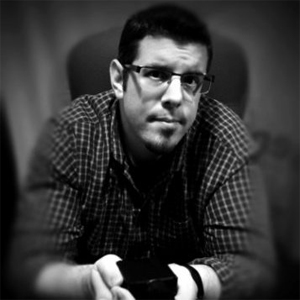 Thomas Carnevale is the founder and CEO of Sentry360. Thomas founded Sentry360 out of a basement in 2004, but started as a Telecommunications System Integrator. With a background in the telecommunications industry Thomas took his technical insights into the security industry and began his first entrepreneurial start-up JCS Digital Security which premiere focus was to integrate the best in breed surveillance technologies for all of their commercial and governmental clients. Thomas provides the vision behind Sentry360’s product road map and business model. Tom Carnevale was recently named a Scholar-level consultant which means he is in demand over 70% of a pool of over 400,000. As an active speaker in the security industry Thomas has spoken on topics such as IP Video Convergence, Intelligent Video Applications, Video Storage Compression, and Ultra HD Surveillance.

SENTRYMOBILE cameras deliver ability to stream footage wirelessly to existing video management platform for live monitoring Sentry360 innovator of advanced video surveillance solutions recently announced its entrance into the emerging body worn camera market debuting its new line of SENTRYMOBILE™ products at the International Security Conference in Las Vegas April 6-8th. SENTRYMOBILE body worn mobile cameras Thomas Carnevale Founder and CEO of Sentry360 stated, “Having extensive experience in designing systems on physical infrastructure - Sentry360 sees an incredible opportunity to utilise body worn mobile cameras as an extension to the traditional fixed wired surveillance system.” Too often security guards or officers are on premise and moving outside the reach or coverage area of their existing video surveillance system. SENTRYMOBILE™ cameras allow users to not only store video on the device itself, but delivers the ability to stream the footage wirelessly to an existing video management platform for live monitoring and redundant recording. For law-enforcement professionals a complete process of securing evidence is equipped with the SENTRYMOBILE™ chain-of-custody. This system complies with local jurisdictions for delivering cost-effective and secure long-term storage requirements. With 9 years of imaging development experience of video surveillance software and optics- Sentry360 sees a much larger opportunity for the next-generation of body worn cameras diversifying applications outside of security. Thomas Carnevale continues, “We believe an emerging application for body worn cameras are for service technicians and training. We as an industry need to expand our horizons and offer process-driven solutions that deliver a creditable ROI to end-users.” Sentry360 at ISC West 2016 Sentry360 has an open API for 3rd party application developers to integrate the Wi-Fi enabled body worn cameras as part of their system. Sentry360 will be demonstrating SENTRYMOBILE™ in Booth 12121 at the Sands Convention Center in Las Vegas Nevada April 6th-8th as part of the ISC West Conference.

The 180-degree view was suitable for monitoring 4180 microsoftcounters, customer engagement, and acquisition Microsoft recently expanded in the retail market by deploying kiosks in over 30 locations throughout the United States and Canada. The success of that campaign has since sent Microsoft’s attention to physical retail stores into overdrive. Microsoft chose Sentry360’s 180-degree panoramic mini-dome camera for this deployment in 2013, and has successfully deployed this model in all of the kiosks. The key advantages were its low profile form-factor and panoramic view, which is perfectly suited for wide open spaces. The 180-degree view was especially suitable for monitoring 4180_microsoftcounters, customer engagement, and acquisition Compatibility factor Kyle Caldwell, Senior Security Consultant for the Retail Division, explained, “There were several areas of consideration before we made our camera choice. First, size, we had to embed some of these cameras inside of a custom aluminum enclosure, in some cases temporarily, with very little serviceability. Second, compatibility with a variety of video management software platforms was very important. We wanted a clear and direct API/SDK integration with the leading video management systems and needed the ability to obtain all features (including dewarping) from the panoramic camera brand we chose.” The success of Sentry360’s panoramic cameras in the Kiosk pilot leveraged a second on-going deployment within Microsoft retail stores of the future. Successfully doing the work of several traditional cameras, as well as putting the entire activity of a store into real context from one single-sensor/single-lens solution is what really allows retailers to utilise this technology to its fullest potential. With two, or in some cases, one camera per kiosk, the four megapixel panoramic compact camera achieved the desired small footprint and delivered an easy-to-install solution to enable future scalability. Thomas Carnevale, Founder and CEO of Sentry360 explains, “The future of retail is a mesh of security, loss prevention and business intelligence. We see intelligent panoramic cameras being a focal point of brick and mortar stores in the future.”

Maxon's primary responsibility will be to lead sales team to execute Sentry360’s growth plan over next 2 years and beyond Sentry360, a manufacturer of advanced megapixel surveillance cameras for government and commercial markets, announced reccently the appointment of Ethan Maxon as Vice President of Global Sales. His primary responsibility will be to lead our sales team to execute Sentry360’s aggressive growth plan over the next two years and beyond. Maxon’s previous roles Mr. Maxon joins Sentry360 after almost 7 years with Arecont Vision where he served in two roles. First, as Regional Sales Manager for the Southern Hemisphere (Latin America, Middle East, Africa, Australia & New Zealand), where he grew his team’s sales from $1.8M to $8.2M over almost four years. In his second role with the company, he was promoted to Regional Director for Western North America, leading his team from $14.5M in 2012 to $23.8M in 2014. Founder and CEO of Sentry360 Thomas Carnevale said, “Ethan comes to Sentry360 at an important time in our company’s growth story. When you scale an organisation, the way we are, it’s critical to have all the key components of product, process, and people. One of the most challenging things any organisation has is getting the right quality people to lead. Ethan’s direct influence in revenue growth, reputation of integrity, and exemplary leadership style make him the perfect fit in joining our executive team and leading our sales organisation to achieve our goals.” International business working Since 1994, Mr. Maxon has built substantive experience in international business working in management positions for companies based in Finland, Germany, the Netherlands, Japan, and the United States. From 2005 to 2008, he served as Director of Global Marketing for Optelecom-NKF (now TKH). “It is extremely exciting for me to be part of the Sentry360 team,” said Ethan. “In addition to achieving my career goal of leading a global sales effort, there are three key reasons for why I have joined this exemplary group: (1) to deliver the strength that comes from offering our customers a complete video networking solution, (2) to be a thought leader as our industry moves toward intelligent video at the edge, and (3) to further Sentry360’s already tenacious and relentless commitment to quality and customer-centered service.” Mr. Maxon holds a Bachelor of Arts degree in Communications and Literature from the University of San Diego, and he has two years of additional graduate work at Capitol College and the UCLA Anderson School of Business.

Sentry360, one of the fastest growing IP camera manufacturers in the industry, announced recently the integration of their 360-degree cameras, as well as their HD and Ultra HD cameras, with Verint Video Management Software™ (VMS). Verint is a valued Sentry360 partner that delivers innovative and comprehensive security solutions that are proven in a wide variety of applications. Verint VMS streamlines video security operations and helps end users rapidly make sense of the vast volumes of video and data captured. Bringing Sentry360’s 360-degree technology together with the capabilities of Verint VMS creates benefits for joint customers by enabling the development of a comprehensive surveillance solution that allows users to realise new levels of situational awareness. Sentry360 & Verint integration benefits “Verint Video Management Software, combined with the Sentry360 camera line provides an unmatched level of insight to an end user’s ability to capture and analyse incidents as they occur,” said Brian Lettiere, Vice President of Product Management, Verint. “Through this integrated solution, organisations can gain actionable intelligence about what’s happening in their environment to make better business decisions across the enterprise.” Sentry360’s dewarping feature occurs on the client side, and is fully integrated with Verint VMS. This approach allows end users to combine Sentry360’s best-in-breed panoramic technology with Verint’s reliable and versatile video management system. “We are very pleased to announce this integration with Verint Systems,” said Thomas Carnevale, CEO and founder, Sentry360, “Now that this integration is complete, our joint focus will be leveraging the multi-location ‘high-end’ retail and enterprise mass transit customers so they can benefit from our combined solution.”

Jeff Mueller joins as Chief Technology Officer and Scott Merrell joins as Director of Business Development Sentry360, a manufacturer of advanced megapixel surveillance cameras for government and commercial markets, announced recently the addition of Jeff Mueller as Chief Technology Officer and Scott Merrell as Director of Business Development. Thomas Carnevale, Founder and CEO of Sentry360 explains, “2014 was a year of reinvestment in our company to achieve our future goals; 2015 is the year we take the stage making major advancement towards innovation and the execution of our new sales channel and model. We are not satisfied with small moves anymore- it’s in our DNA to be something great. This year we are focused on building our brand and creating disruptive products made by exceptional people like Jeff and Scott.” Scott Merrell, former Director of Sales and Marketing for ViewZ, led the renaissance of the monitor brand in 2010 through 2014. He implemented a series of strategies that led to rapid revenue growth while leading the development of several successful bleeding edge IP-based monitor series. Scott explains, “Sentry360 is booming and I am proud to now be a part of such a passionate team at all levels. Thinking big, our team looks forward to unveiling the new global distribution strategy that will focus on collaborating with the industry’s top IP systems integrators to quickly yield big revenue and profit growth with the leading end users in our core vertical markets.” With over 15 years of experience designing and coding software, as well as engineering complex projects with Infrared Counter Measures, and wireless and mobile applications for both the defense and space industries, Jeff Mueller advances his career to take on the role of Chief Technology Officer (CTO). With significant experience and tenures from Kranze technology and Argonne National Labs, Jeff is responsible for designing and leading development for our next-generation products and services. Mr. Mueller explains, “I am elated to accept my new role as CTO of Sentry360 and eager to release our next generation line of products and services. I feel fortunate to be working with a wonderful team of innovative entrepreneurs and engineers. I cannot wait to see my team’s hard work and dedication come to fruition. My team and I are working hard to release the best product line in our sector of industry. This new product line is only the beginning to an end goal of innovating beyond anything that currently exists in our market segment. We are committed to innovation and we will not accept second best.”