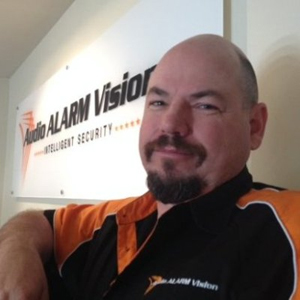 Safety at school A modern video surveillance solution installed in a school can perform the crucial task of ensuring safety of staff and students. Effective detection and resolution of incidents is combined with sophisticated access control to make it the perfect tool for the job. It also works as a great deterrent against anti-social behaviour, such as vandalism or violence. Since the advent of the MOBOTIX door station, a MOBOTIX camera can make calls and send footage to an IP video phone. Dave Richards, Managing Director of Audio Alarm Vision, has unlocked this untapped potential during his upgrade of the video surveillance system at Prince Alfred College in Adelaide, Australia. Established in 1869 and one of Australia’s most prestigious private boy’s schools, the educational institute sees over 1200 pupils come through its doors, both as day students and boarders. MOBOTIX advantages The school’s analogue video surveillance system had become notorious for being unreliable and frustrating to use. “The only way to be sure of successfully retrieving footage of an incident would be to have the cameras monitored live 24/7,” Dave explains. As he explored the options to update the system, MOBOTIX IP technology seemed the best fit. The decentralised concept, with the high quality images being processed and compressed in the camera itself, combined with intelligent event-driven recording, means that neither the existing network, nor the storage facilities, are overburdened. Combined with maximum coverage for fewer cameras, this made it the ideal solution for a large site of this nature. Exploiting SIP technology "Experimenting with 3cx VoIP phone software, I managed to get a MOBOTIX camera to call one of the phones at the school" Dave worked closely with Chris Downing, Systems Engineer at the school, to design the integration, and it was decided that rather than replace the entire system, MOBOTIX cameras would be installed in new locations, as well as replacing any existing defunct analogue cameras. They were particularly intrigued by the cameras’ built-in SIP server, ever since having seen the MOBOTIX T24 (now superseded by the T25) door station connect to a Grandstream video phone. Using the SIP protocol, thanks to a functionality written into all current MOBOTIX camera firmware, any MOBOTIX camera can communicate with a phone directly over the internal PBX, or externally via VOIP. Dave became determined to reconfigure a camera to make a phone call. "A late night at home experimenting with 3cx VoIP phone soft-ware, I managed to get a MOBOTIX camera to call one of the phones at the school. When I told Chris he nearly fell off his chair!" Fully customised solution With this breakthrough, Dave was able to convince Prince Alfred’s College to combine the update to the video surveillance system with a rollout of new communication equipment. A SIP server was installed onsite, along with 180 IP-based Yealink phones, 45 MOBOTIX cameras and 3x RAID5 QNAP storage centres. The cameras were integrated into the PBX using 3cx software and configured with the MOBOTIX video management software, in a fully customised set up. Authorised members of staff can dial into any camera, as each one has been allocated its own phone number. They can then view live footage on the 7 inch HD touch screen, which also offers rudimentary PTZ functions and an intercom. Further capabilities to view and search recordings are available to authorised staff on dedicated PCs. However, retrieval and downloading of specific footage is strictly limited to security personnel, who perform this function on request and only release recordings when deemed appropriate. This implementation not only maximises the security around accessing recordings and surveillance, but it has also resulted a highly efficient, effective and reliable operation, with four times as many cameras. "Now the security officers have even more time to complete other tasks relating to their job, with surveillance taking up a much smaller proportion of their shift", Dave explains. "The quality of footage is astounding, and because it’s best in class in terms of storage and cameras, the system is finally reliable," Chris adds. As MOBOTIX technology is further enhanced and developed, the possibilities are practically endless Paradigm shift in surveillance & communication As MOBOTIX technology is further enhanced and developed, concurrently with the continuous advances in communication, the possibilities are practically endless in terms of what can be achieved. Indeed, this particular project shows a paradigm shift in thinking around surveillance and communication technology in general, something we are likely to see much more of in the future. Both Dave and Chris feel they have only scratched the surface in this area and they have plans to add further functionality, such as using the cameras in evacuation procedures to play sounds and the post-evacuation footage for analysis afterwards, or to alert staff of an event via phone and then display the footage live, where a verbose SIP header can provide additional information. Although this last feature covers the same ground as the alarm notifications built into the MOBOTIX video management software, it nevertheless demonstrates the considerable possibilities of SIP technology. The integration of phone and communication systems is set to continue evolving to both maximise effective coverage and minimise manpower requirements, thus allowing integrators to offer ever more effective customised solutions.