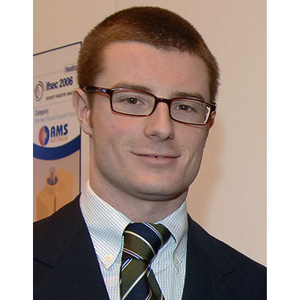 Fluidmesh has retained the two firms to meet growing demand for its wireless products Fluidmesh Networks, a worldwide leader in wireless systems for security, industrial, and mission-critical applications, has retained two more manufacturer’s rep firms to meet the growing demand for its wireless products which enable outdoor and large-scale applications of the Internet of Things. Expanding security product portfolio Fluidmesh is pleased to welcome Osborn Sales Solutions (OSS), which will cover the Pacific Northwest, and Intelligent Marketing, Inc. (IMI), which will cover the Southeast region. IMI supports all layers of the electronic security ecosphere, working daily with major end-users and the industry's leading consultants, architects, engineers, systems designers and distributors. OSS is built on providing the “Best in Class” representation of quality products throughout the Northwest California and Mountain region territories within the Industrial, Electrical, Security and Data Networking industries. OSS provides quality representation for those manufacturers with complementary products offerings, who strive to provide new and innovative products. “As a technology partner, Fluidmesh looks forward to working together with Osborn Sales Solutions and Intelligent Marketing, Inc. to bring our wireless products, technologies and solutions to these markets,” says Cosimo Malesci, Fluidmesh Co-Founder and Vice President of Sales & Marketing. "We are very proud to partner with Fluidmesh Networks," notes Bill Osborn, President, OSS. "They bring innovative wireless solutions to market, and we look forward to assisting in their sales efforts.” Chris Greco, President of IMI, echoes the sentiment. "Fluidmesh is a leader in wireless mesh solutions, and we're very proud to help bring their technology suite and engineering expertise to market."

Fluidmesh Networks, a worldwide leader in wireless systems for security, industrial, and mission-critical applications, is pleased to announce the release of its FM1300 OTTO. This newest radio offering is dedicated to point-to-point long distance/high bandwidth transmissions, allowing high data throughput. The FM 1300 OTTO is designed and manufactured for backhauling mission-critical video, voice and data. The FM 1300 OTTO can be used to create point-to-point links with a throughput up to 500 Megabits per second (Mbps) and links over 10 miles. Its metal enclosure shields against co-location interference. Ideal applications include: Long range links exceeding three miles without heavy dish Architecture where multiple radios are co-located (e.g., Backhaul of Point-to-Multipoint) Backhaul of large networks at a data transfer rate over 150 megabits per second The FM1300 OTTO works with the Fluidmesh Prodigy 2.0 Protocol and operates on both the 5150-5350 and 5470-5850 MHz frequency bands. It comes with a standard two year warranty and extended warranty options. "We are very pleased to bring the FM1300 OTTO to market," says Cosimo Malesci, Fluidmesh co-founder and EVP of Sales & Marketing. "It's an ideal solution for point-to-point long distance, high bandwidth transmissions requiring greater data throughput."

TRI-ED offers Fluidmesh’s wireless systems for security across the North America TRI-ED, An Anixter Company, is pleased to welcome Fluidmesh Networks as a new vendor partner. Fluidmesh is a worldwide leader in wireless systems for security, industrial, and mission-critical applications. Fluidmesh technology delivers reliable, fibre-like performance via unlicensed wireless spectrum, providing connectivity for mission critical video, voice, and data. Fluidmesh wireless products enable outdoor and large-scale applications to connect smart cities, urban video-surveillance, vehicles and trains, and industrial automation. Its range of solutions covers point-to-point, point-to-multipoint, mobility and mesh networks with an unparalleled level of reliability, flexibility, and ease of use "Fluidmesh is a technology leader," says James Rothstein, TRI-ED's Senior Vice President of Global Marketing. "We are pleased to be able to bring their wireless solutions to market." Cosimo Malesci, EVP Sales & Marketing and Fluidmesh co-founder adds, "We are proud to partner with TRI-ED. Their extensive distribution network will further strengthen our position and reach across North America."

Fluidmesh Networks, a worldwide leader in wireless systems for security, industrial, and mission-critical applications, is pleased to announce the introduction of its 5.1-5.8 GHZ POINT-TO-POINT KIT. Complete with two radios, two mounting brackets and two Power over Ethernet (PoE) injectors, the Fluidmesh PONTE-50 is designed to quickly and cost-effectively create simple wireless links. It provides up to 50 Mbps of real throughput up to two miles in Line of Sight (LOS). The radios operate on the 5 GHz band and use a 2x2 MIMO radio technology for maximum performances and reliability. "We have designed PONTE to capture the entry-level wireless PTP market and offer integrators an intuitive and cost-effective solution for those simple wireless jobs where budget is limited," notes Cosimo Malesci EVP Sales & Marketing and Fluidmesh co-founder. "The product offers all the quality and technology that comes with all Fluidmesh radios, as well as live tech support by email or phone. We have packed into it our innovative Prodigy MPLS Protocol, our easy to use FM-Quadro Interface, and our world class customer support."

Fluidmesh Networks, a worldwide leader in wireless systems for security, industrial, and mission-critical applications, is pleased to announce the release of its new FM 3200 radio range. Two versions of the radio are available, including the FM3200 BASE, which hosts an integrated sector antenna, and the FM 3200 ENDO, which comes without an antenna to enable customers to integrate an external one. This new radio can be used to create highly customised point-to-point, point-to-multipoint, mesh, and mobile networks. Because safety depends on reliable communication – capturing critical video, sharing essential data and enabling urgent conversations – wireless networks are particularly well suited to address user's needs for flexibility and reliability. They can also be installed faster and less expensively compared to wired networks, even in harsh environments. The FM3200 is equipped with two networks ports, one active PoE 802.3af Gigabit port, and one 10/100 service port. The product can achieve up to 200 mbps throughput at three miles. It is simple to configure, and features an NPT1 waterproof cable gland, pre-assembled mounting brackets and hose clamps for ease of installation. The FM3200 BASE version features an 18dBi/120° integrated antenna and delivers high packet rate thanks to the high frequency CPU. Strong and sturdy, it is encased in a metal housing to stand up to the harshest of environments. RF connectors have been treated for saline and humid environments with Cu-Sn-Zn-plating for long lasting performances. "We are very pleased to introduce the FM3200 and provide all the advantages it offers to users," says Cosimo Malesci, Fluidmesh Co-founder and EVP of Sales Marketing. "Fluidmesh continues to think out of the box and remains the most flexible and cost effective wireless solutions provider for security, industrial, and mission-critical applications in the market."

Fluidmesh Networks, a worldwide leader in wireless systems for security, industrial, and mission-critical applications, is pleased to announce the release of its FM4200 MOBI. Designed specifically for mobility projects, the FM4200 MOBI radio is based on Fluidity, a Fluidmesh technology that offers broadband connectivity and enables data/video streaming in mobile environments, such as in trains, buses, ferries and cars, even at high speed. The FM4200 MOBI follows in the footsteps of FM's MITO and ENDO series radios, but is even better suited specifically for mobile applications because of the many new features it offers. They include: A resistant aluminium enclosure  m12 cabling A gigabit port for a faster network connection Powered by the Fluidity technology, the FM4200 radios can be installed on track-side poles to deliver fast and stable Wi-Fi on board. The FM4200 MOBI has received numerous Railway Certifications, making it ready for deployment on many railway systems both in the U.S. and worldwide. Greatly enhancing the passenger experience, it enables riders to work on board with reliable email and Internet access, and uninterrupted phone service. For train operators, the technology translates into increased ridership and many other significant benefits, including significant cost reductions. Investing in Fluidmesh technology and track-side radios rather than 3g/4g reduces train operator costs because they pay only once for the infrastructure to connect the radios, rather than paying ongoing subscription fees to a mobile phone carrier. And, if there is already an existing mobile phone infrastructure in place, such as a 3g/LTE network, train operators can simply start to add Fluidity where this coverage is missing or requiring more bandwidth, as for instance in tunnels or in areas where the 3g/LTE coverage is not complete. Far more data can be transferred with the Fluidmesh solution than with 3g/LTE connections, allowing transport operators to better connect moving vehicles to the ground. The end results are far-reaching and include: More satisfied passengers, because their Wi-Fi connection will be markedly improved on-board, allowing them to access the Internet, field emails and mobile phone calls, communicate via Skype or videoconference, or just relax with a streaming movie from a provider such as Netflix. On-board video surveillance capabilities so train operators can view, in a control room in real time, what is happening on the train without having to wait to view camera recordings afterwards. The ability to provide on-board ticketing and additional customer services Communication-based train control (CBTC), allowing the vehicle to communicate to the traffic control rooms all the data needed, including speed and location. "We at Fluidmesh are thrilled to be able to bring the new FM4200 MOBI to market. Although we have been providing high-speed broadband connectivity to fast moving vehicles using Fluidity and our Endo and MITO radios for the past couple of years, the features on our new FM4200 MOBI are even more ideally suited to the needs of train operators worldwide," notes Cosimo Malesci, Fluidmesh EVP of Sales and Marketing. "We are thrilled to be able to offer this capability to train and mass transit operators all over the world, as well as to their customers."