Carlos Sanchez is Marketing Manager at ICONTRONIX, a Colombia-based distributor of CCTV and people-counting systems 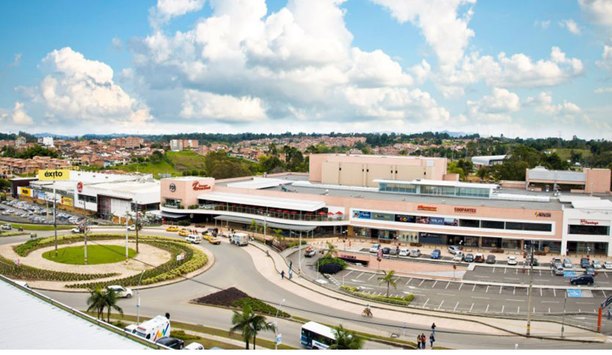 Thanks to this solution, the San Nicolás shopping mall in Antioquia, Colombia, has upgraded from its manual people-counting procedure into a more practical and effective, IP based VIVOTEK system. Traditionally, people counting at shopping malls is done manually, a responsibility assigned to security personnel or guards whose primary task is to ensure public safety and protect the property of the mall and its tenants. To carry out this task, security personnel use a pushbutton that they activate whenever a person enters the building. However they have other tasks to take care of, which prevent full reliability and effectiveness in the counting process. Thus shopping malls are faced with a dilemma. It is important to count the number of people that visit them in order to determine the traffic flow and their potential customers, and even to determine issues such as the rent of particular high-traffic premises. Further, a number of marketing, infrastructure, events and other type of decisions are made based on the counting metrics. However, by employing security staff for this task, valuable human resources are taken up without a satisfactory end result. VIVOTEK meets shopping mall requirements The distributer, ICONTRONIX had previously worked with this client. "In the third stage of the mall we installed the complete security system, the fire control system, the CCTV, the surround sound system, the loudspeakers system, and implemented the monitoring centre", says Carlos Sanchez, Marketing Manager at ICONTRONIX. For this reason, the mall management asked the company to provide them with a people counting system. "We made an offer with two or three alternatives in the market and VIVOTEK was chosen. After testing, it definitely was the best option because its cameras both incorporate a counter function and armed with robust software for reporting", points out Sanchez. VIVOTEK’s SC8131 3D stereo network camera solution This project had two stages of implementation. The first was the establishment of infrastructure: the wiring, pipes, switches and the communication elements. The second phase, nearly a week long, focused on the installation of the cameras. It was also necessary to hold another week of testing to compare the results with manual counting and video recordings. Each installed camera works independently collecting its coverage statistics and reporting to the server regularly The solution was installed in the six pedestrian entrances of the mall. Six units of VIVOTEK’s stereo network camera, the SC8131 were installed – linked intelligently together by VIVOTEK’s professional video management software, VAST. Carlos Sanchez was extremely satisfied with the results: "Each installed camera works independently collecting its coverage statistics and reporting to the server regularly.” These individual cameras, smart on their own, become even more powerful and flexible when connected. As Sanchez added, “The reports can be exported from the server and organised in different formats.” Effectiveness and reliability – even in the shadows Sanchez, always focused on reliability, took great pains to confirm that if the camera performance parameters were met, the percentage of accuracy would be around 95%: "For example, we carried out tests with people who walked in hugging each other, and the camera detects them as two people when the heads are separated." The cameras are ideally mounted at a height of 3.6 metres and at a distance from the entrance of approximately 5 metres. When mounted in this way, the camera offers the ability to discriminate objects by their height. For example, supermarket carts are not detected as people. The hi-resolution power of VIVOTEK’s SC8131 can also differentiate shadows from people. This sets the SC8131 apart from other analytics-focused cameras which work only when the pixels in the image change; in such cases shadows interfere with metrics.