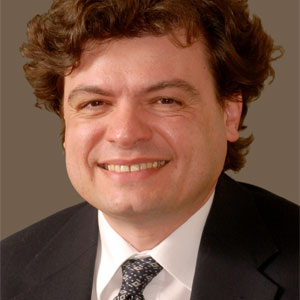 “Soft” biometrics among the next wave of innovation under study

“Soft” biometric measurements, such as gait, gender, and ethnicity offer new possibility for biometric solutions What is the next wave of biometrics? The Center for Identification Technology and Research (CITeR) is looking at the possibilities. New developments include consideration of new “soft” biometric measurements, such as gait, gender, and ethnicity. Although not accurate enough to identify a specific person, the capture and analysis of such information might provide an earlier warning of an intruder. Analysing information obtained at a distance based on captured surveillance video can also supplement other biometrics and make them more effective. Identifying a person's gait or gender might help to narrow the range of possible matches and speed up a “one-to-many” match. If a human can be spotted at a distance of 500 meters (about 1,600 feet), a biometric system could start monitoring and capturing information about posture, height, weight, etc. and eliminate possible matches as the subject approaches. Closer to the camera, a match might be possible from a lower-quality image because there are fewer identities being considered. Fusing information from multiple less-accurate biometrics, even if limited by image quality, can provide a match that would have been impossible given any of the measurements independently. Developing these types of systems is among the research projects under way at CITeR's various university sites. Voice recognition (audio) has become a very effective means of identifying people, too, but how can you identify a speaker from a very short voice clip or telephone conversation? Can you identify them from a casual speech sequence, rather than requiring them to speak a certain phrase? Additional CITeR research is expanding the possibilities. Research into multiple biometrics disciplines West Virginia University in Morgantown, W.Va., is CITeR's founding site, focusing on biometrics, identification technology and systems. Clarkson University, Potsdam, N.Y., currently the managing site, focuses on biometric vulnerabilities and intelligence, while the University of Arizona, Tucson, Ariz., focuses on credibility assessment systems. The University at Buffalo (N.Y.) joined in 2013 and focuses on handwriting, cryptography and soft biometrics. Each CITeR university site maintains interdisciplinary and collaborative partnerships with other academic institutions to respond effectively to affiliate research needs. Collaboration with the security industry CITeR's affiliates include system integrators Lockheed Martin, Northrup Grumman, Raytheon and Morpho, and also companies active in the physical security market such as FLIR Systems, Honeywell and SAIC. “Identifying a person's gait or gender might help to narrow the range of possible matches and speed up a “one-to-many” match” “We welcome all the companies in the security market that want to participate in pre-competitive research,” says Bojan Cukic, director of CITeR's West Virginia University's founding site. The centre's rules on intellectual property are spelled-out specifically, and any information can be used by the centre's affiliates royalty-free. All of them have equal access to the technology created there, and technical people from various companies visit the centre often to see the direction of research and its potential. The Center's Advisory Board meets twice a year to review results and direction of current work by the centre. Private companies will build on the basic research to create products that will provide them a competitive advantage. The products might come two to five years after the basic research is complete. “We are the only multi-university centre in the United States creating this type of research collaboration,” says Cukic. “We are designed to be a National Science Foundation (NSF) cooperative research centre, based on the model of collaboration between industry and universities that NSF created 30 years ago. There are 60-plus centres like ours, but we are the only ones in identity management and biometrics.” High volume of biometric data furthers research efforts Another benefit of the centre is its collection of 5 to 7 terabytes of biometric data that it uses for research. The data trove includes a unique collection of twins and triplets and their parents, which can help the centre analyse the ability of technologies to differentiate among individuals whose biometric measurements may be similar or identical. The data also allows analysis of how individuals change in appearance over several years and the impact of those changes on biometric capability. The centre even studies DNA and how it affects the appearance of the face, which Cukic says “allows us to understand the breadth of the problem and identify the factors in face recognition that haven't been used before.” Cukic emphasises that privacy protection is a strong component of CITeR research, and the centre is aware of Big Brother perceptions and realises that information stored over time could be used in unanticipated ways. However, concerns about the centre's work should be put into perspective, given the vast information Big Data is already compiling, says Cukic. “Google, Yahoo or Facebook are tracking much more information about us than any surveillance system in a public place would ever be able to collect,” he says. In fact, privacy is one of the topics of research. For example, how could faces be blurred in video and then later clarified if there is a specific court order for information in the video? How can gender and age information be removed from finger and palm prints? The centre also provides technical advice to lawmakers and legislators as they consider human rights protections.

There are new biometrics on the horizon, but much of current biometrics research centres on improving the biometrics we have, especially the face, iris and fingerprint recognition systems commonly deployed in the field. These systems are effective and provide good accuracy, but their usefulness is often limited by the conditions under which data is captured. Research is looking for ways to make face, iris and fingerprint biometrics more accurate in more real-world situations. The Center for Identification Technology and Research (CITeR) directs much of that research. The U.S. National Science Foundation Cooperative Research Center directs collaboration between universities and private industry to improve technologies such as biometrics and identification technology systems. The centre's research seeks to expand the capabilities, and relax the restraints, on current face, iris and fingerprint recognition systems. For example, the centre is developing approaches to enable data to be captured at farther distances, at night, and/or in a variety of weather conditions. “The short-term impact of the centre's work will be to allow more liberal use of lower quality images for identity recognition,” says Bojan Cukic, director of CITeR's West Virginia University founding site. “Dealing with lower-quality face, iris or fingerprint images, this research will create improved devices and algorithms for identity matching and will work similarly to what we have on the market.” Mobile biometric authentication gets attention Face recognition systems are also being improved so that they can work more effectively using a person's profile or an image from above. Currently, face recognition systems require a full face image that may not be available in an uncontrolled environment or from existing surveillance video footage. Mobile biometrics and recognition are another area of study. For example, a person carrying a smart phone to which the user has authenticated his fingerprint could provide a signal to an access control device from a user's pocket, passively as the person enters a building. The approach could allow authentication of people as they come into a space. “If I authenticate myself to my smart phone and the smart phone to a receiving device, that establishes the trust,” says Cukic. The smart phone could communicate at short range using Bluetooth or at longer ranges using WiFi. “A lot of products will compete in that market in physical security,” Cukic adds. Eyeprint verification, fingerprint spoof prevention system enter the market "Dealing with lower-quality face, iris or fingerprint images, this research will create improved devices and algorithms for identity matching and will work similarly to what we have on the market" Technologies that leverage CITeR research have already made their way to market. For example, EyeVerify, Kansas City, Kansas, provides systems that use eyeprint verification – based on patterns of blood vessels in the whites of the eye – to secure mobile device access. Another company, NexID Biometrics, Potsdam, N.Y., can sense the “liveness” of a finger touching a reader, thus eliminating the use of fingerprint spoofs to thwart readers. Other fingerprint research includes the use of a touchless device to measure fingerprints, which may improve user acceptance. Rapid advances but not without challenges in biometrics applications Biometrics can be used with a variety of data, from video to audio to still images. In the case of video, a single frame can be used for biometrics in the same way as a still image. Generally, higher-resolution images provide better detail for analysis, but the trade-off is that storage limitations (because of larger file sizes) make less data available when it is needed. “The accuracy of biometrics depends on the quality of data collected,” says Cukic. “The images in a gallery (to which each new entry is matched) are critical to successful biometrics. If gallery images deteriorate, so do the match rates. In many cases, maintaining the database is difficult, especially as the scale of applications increases from tens or hundreds or thousands of people to tens of thousands or hundreds of thousands,” he says.