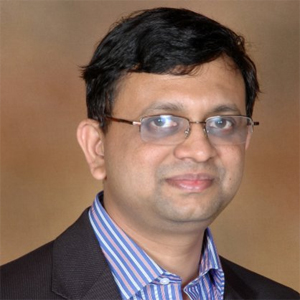 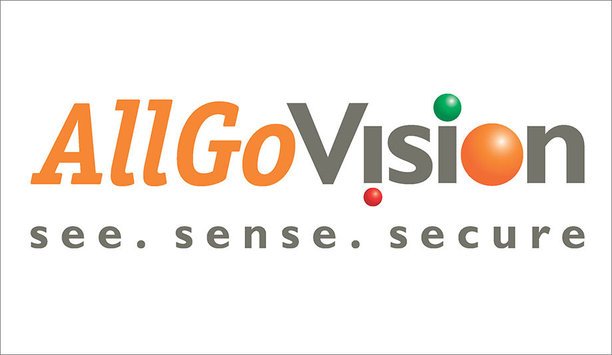 AllGoVision’s primary focus is to provide solutions with high reliability and accuracy AllGoVision, a provider of video analytics software for surveillance applications, announced that it has received fresh funding to support its aggressive growth plans. The lead investors are Ashwin Amarapur and K Srinivasan. The funding will be used to increase its market presence across the world as well as to bolster the R&D in advanced video analytics. AllGoVision also announced that Mr. Raghavan Subramanian, a veteran in video signal processing and embedded technology, has joined as the CTO of the company. Advanced video analytics solutions AllGoVision, which was earlier part of AllGo Embedded Systems Pvt. Ltd., is now an independent company AllGoVision Technologies Pvt. Ltd. AllGoVision is headed by Ashwin Amarapur who started this group in AllGo Embedded Systems and steered it to be a successful provider of video analytics. Mr. K Srinivasan, who founded and led to a successful exit of AllGo Embedded Systems, is part of the AllGoVision board.AllGoVision makes advanced video analytics solutions with applications in intelligent traffic surveillance, crowd management, perimeter protection, suspicious incidences detection, retail intelligence, facial recognition, and multi-camera tracking. AllGoVision’s primary focus is to provide solutions with high reliability and accuracy.Straightforward integration “We will be investing in incorporating advancements in machine learning to provide accurate and comprehensive video analytics solution. AllGoVision is open platform so that it can be integrated with any surveillance system. It already provides 10+ VMS integrations including all leading players such as Milestone, Genetec, etc. We will be focusing on 10% human intelligence and 90% machine intelligence in video surveillance,” said Ashwin Amarapur, CEO, AllGoVision Technologies Pvt. Ltd. Save

The market has vigorous economic growth, high acceptance towards biometric solutions and a demand for high-end technology Rapid economic development and increasing security concerns is turning the Middle East into a market of ‘untapped growth potential’, said the boss of one of the world’s leading providers of biometric security and access control solutions. Adopting new identification technologies Young S. Moon, Executive Vice President of Korean company Suprema, said regional governments and corporations are adopting new identification and authentication technologies to boost defences against potential fraud, cyber-threats, and organised crime. Biometrics are based on individual behavioural and physiological characteristics that are difficult to replicate, with various system technologies encompassing voice, retina, facial, vein and gait recognition, along with fingerprint matching, and DNA identification. Middle East governments along with a large number of industry sectors, including banks, aviation, oil & gas and retail, are embracing the new technology, making the region a high-focus area for international biometric systems solution providers. Middle East as key market “We consider the Middle East as a key market with untapped growth potential,” said Moon, whose company is among more than 100 international exhibitors specialising in the latest biometric security systems at the upcoming Intersec 2016, the world’s leading trade show for security, safety, and fire protection. “The market has vigorous economic growth, high acceptance towards biometric solutions and a demand for high-end technology.” Suprema will launch at Intersec 2016 its BioStation A2, a leading-edge fingerprint access control and time and attendance system. Moon said Suprema will look to build on the success of the last 12 months across the Gulf region, where it installed six biometric system projects in the government, education, and aviation sectors. “The Middle East is of strategic importance to Suprema,” added Moon. “Our products and solutions are developed to address large or small business needs covering a vast array of industry segments. There are a number of factors that contribute to instability, whether fraud, cyber-threats or organised crime.  Suprema offers next-level biometric security solutions that directly respond to these threats.” Increase in global biometrics systems market According to a May 2015 report by research firm MarketsandMarkets, the global biometrics systems market is expected to reach US$24.4 billion by 2020, growing at a compound annual growth rate (CAGR) of 17.9 per cent between 2015 and 2020. Analysts from TechNavio forecast that biometrics in Middle East will grow even faster at a CAGR of 19.35 per cent over the period 2014-2019. That will come as good news to AllGoVision, an advanced video analytics solution provider, and another exhibitor that specialises in biometrics at Intersec 2016, which takes place from 17-19 January at the Dubai International Convention and Exhibition Centre. AllGoVision will showcase its 3D Facial Recognition System, which uses facial recognition technology via IP video surveillance to compare facial features with a database of stored facial features to identify potential threats – or a VIP customer. Ashwin Amarapur, Director of AllGoVision, explained: “In city surveillance, the 3D Facial Recognition System is used to identify Black Listed people or known criminals, but in the case of hospitality or banking the use relates more to ‘White Lists’ – for example, visitors identified as a VIP guests or high net worth individuals. “The bank or hotel service staff would be alerted of their arrival in advance and can take necessary care of the valued customer or display an automated welcome note in the electronic board at the entrance,” added Amarapur. Matrix Comsec at Intersec Elsewhere, Matrix Comsec, an access control and surveillance solution provider, is returning to Intersec 2016 following their successful participation in 2015, where they secured business from the National Bank of Umm Al Quwain, having installed Time and Attendance Systems across the UAE bank’s entire branch network. The Indian-based company has also been involved in setting up surveillance and biometric access control systems across the Gulf region in the last year, including for the Kuwait Oil Company, Paris Group in Dubai, and Vodafone in Qatar. Abhay Joshi, Business Manager for International Security Sales at Matrix Comsec, commented on the future of biometrics in the Middle East:  “Biometric technology has many advantages over traditional RFID card and password in terms of security and the ease of use that it provides.  The new technology has found various applications across different verticals and is replacing the traditional security measures at a fast pace.” Exhibitors at the event Other headline exhibitors at Intersec 2016 with biometric security solutions include the Dubai-headquartered Business Automation & Security System (BASS), Iris ID from the USA, Swiss company Touchless Biometric Systems and WatchNet Access from Canada. “In the not-to-distant future, everyone in the Middle East could soon replace pin codes with finger prints or Iris scans at an ATM when withdrawing money,” said Ahmed Pauwels, CEO of Messe Frankfurt Middle East, the organiser of Intersec. “The possibilities offered by biometric security technologies are vast, whether for government purposes or for the various range of industry verticals, and they’ll all share the spotlight when Intersec returns in early 2016.” Now in its 18th edition, Intersec 2016 will feature more than 1,300 exhibitors from 52 countries, spanning over 50,000sqm.  The annual showpiece event focuses on the six core sections of Commercial Security; Information Security; Fire & Rescue; Safety & Health; Homeland Security & Policing; and for the first time in 2016, Smart Home and Building Automation.