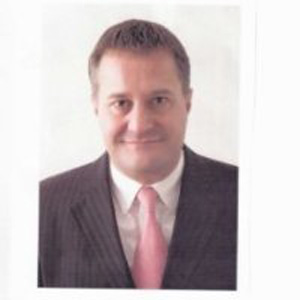 Andrew Marriott is the Managing Director of Comexposium Singapore. 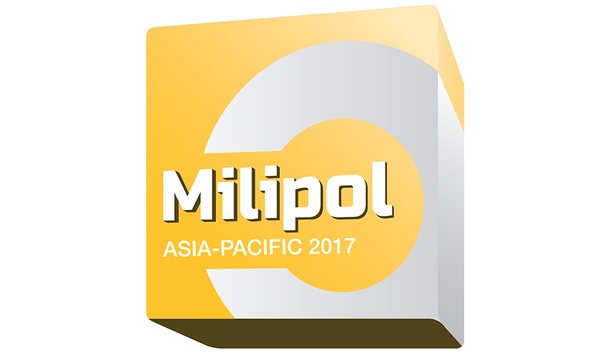 Presented by Comexposium Singapore, the seventh edition of Asia-Pacific’s largest homeland security exhibition and conference, Milipol Asia-Pacific 2017, was recently held in Singapore at the Sands Expo and Convention Centre from 4th – 6th April, 2017.Ensuring public safetyMinister for Home Affairs and Minister for Law, Mr. K. Shanmugam, and His Excellency Marc Abensour, Ambassador of France to Singapore graced and officiated the three-day homeland security event on 4th April, 2017.During his opening ceremony speech, Guest-of-Honour, Minister of Home Affairs and Law, Mr. K. Shanmugam expanded on the crucial need for collaborative public safety in the face of the evolving threat of terrorism. “Anything can be used as a weapon in this age, and thus security agencies need to have a fundamental change in the way they think and operate in order to stay ahead of the terrorists." Mr. Shanmugam also highlighted the terrorist threat posed by returning ISIS fighters in Southeast Asia. Boosting homeland security The exhibition and conference created a real buzz for the international homeland security industry, with a total of over 8,000 participants in attendance over the three days, including security experts, key VIP delegates, conference attendees, trade professionals and international exhibitors from across the globe. Speaking at the opening ceremony, Mr Pierre De Bousquet, President of the Milipol events said, “The Milipol exhibitions are designed as a platform to serve the security committees. More specifically, it provides opportunities for government and security officials to meet, interact, and share their experiences in order to develop relations in the mission of making the country a safe and secure environment.” "We are honoured to have so many homeland security experts taking time to be at our event" Drone surveillance Supported by the Ministry of Home Affairs, Singapore and the Ministry of the Interior of France, this year’s exhibition is the largest of the series so far with 270 participating exhibitors from 36 countries displaying the latest solutions, technologies, and innovations for regional homeland security. Drone technologies were a highlight of the exhibition, with key exhibitors such as THALES and Rafael highlighting their latest surveillance technologies.In addition, a world class line-up of 30 speakers took to the stage, giving presentations on the three crucial areas pertaining to national security, specifically, ‘Threats and Responses’, ‘Protection and Emergency Management’ and ‘Innovation in Tactics and Equipment’. The Milipol Asia-Pacific 2017 Conference was honoured to have Mr. Khoo Boon Hui as its 2017 Conference Chairman.Mr. Andrew Marriott, Managing Director of Comexposium Singapore said, “We are honoured to have so many homeland security experts taking time to be at our event. With the success at this year’s show, we are already looking forward to the next edition, which we expect to be even bigger, especially with the ever-increasing range of threats in regional landscape.”

The conference will adapt a cross-border collaborative approach in tackling threats to homeland security The highly acclaimed Milipol Asia-Pacific Conference, returns this year from 4th to 6th April, 2017, at the Sands Expo and Convention Centre, with a world class line-up of international speakers who will be sharing their latest insights on the homeland security environment. Themed ‘Emerging Threats – The Case for Collaborative Public Safety’, the three-day conference will expound on how governments and private organisations can build an effective internal and cross-border collaborative approach in tackling emerging threats to homeland security. Homeland security “In current times where the threats are ever present, solutions to national security have been evolving and developing in new ways. Public and private collaborations are no longer an option but a necessity,” commented Mr. Andrew Marriott, Managing Director of Comexposium Singapore. “Through Milipol Asia-Pacific 2017, we hope that attendees will not only have a better understanding of current key challenges, but also familiarise themselves with the roles that individuals can play in the areas of emergency preparedness, prevention, and recovery.” Through keynotes and interactive panels, the insightful three-day conference programme will include presentations on three important areas of ensuring national security, specifically, Threats and Responses, Protection and Emergency Management, and Innovation in Tactics and Equipment.Speaker highlightsLeading International industry experts from Southeast Asia, Europe, Middle East, and the US form the line-up of conference speakers for the upcoming Milipol Asia-Pacific 2017. Together, they will be discussing on emerging regional threats, as well as the ways to mitigate, prevent and react to them. “In current times where the threats are ever present, solutions to national security have been evolving and developing in new ways” Notable speakers who were directly involved with the critical response to recent emergencies caused by acts of terrorism and conflict in countries like France, Libya, Syria, Malaysia, Indonesia, Philippines, Myanmar, Pakistan, India and Bangladesh will share their first-hand experiences, and how in the face of emerging and fast evolving threats, a complex landscape makes it necessary for the community to remain vigilant. Day 1: Threats and Responses Back at this year’s Milipol Asia-Pacific 2017, International Terrorism Expert, Dr Rohan Gunaratna, Head of International Centre for Political Violence and Terrorism Research (ICPVTR), and Professor of Security Studies at S. Rajaratnam School of International Studies (RSIS), and Nanyang Technological University, Singapore, will update delegates on the current and emerging threats in the Asia-Pacific region. For the first time in Asia, hear from the words of key people involved in the Paris attacks as well as lessons learnt, from speakers such as Chief Superintendent, Eric Gigou, Deputy Head of the French Police Special Forces Anti-Terrorism Unit, and Chief Superintendent, Dimitri Kalinine, Central Commissioner of the 3rd Arrondissement and Head of the Night Service Anti-Criminality Brigade, Paris Prefecture of Police, France. Day 2: Protection and Emergency Management Learn the evolving roles and workings of counter-terrorism intelligence in regional security from Datuk Ayob Khan Bin Mydin Pitchay, Head of the Royal Malaysia Police (PDRM) Counter-Terrorism Division. “Through Milipol Asia-Pacific 2017, we hope that attendees will have a better understanding of current key challenges" Further anticipated highlights not to be missed is the exclusive session by James Le Mesurier, Director of the Syria Civil Defence Support Programme. The White Helmets as they are known are credited with saving more than 80,000 lives amidst the ongoing crisis in Syria. In addition to introducing the developments in civil protection in Syria, he will also be sharing some of his extraordinary experiences on the ground since 2012. Day 3: Innovation in Tactics and Equipment Other panellists include, Director-General, Dr. Rakesh Maria, who will discuss the latest intelligence and analytics involved in counter-terrorism intelligence, and Deputy Inspector General (Chief) Monirul Islam from Bangladesh. In his first conference stage appearance in Southeast Asia, the man behind the creation of Dhaka Metropolitan Police’s Special Counter-Terrorism Unit will lead through the dark but real issue of the evolving terrorist mind set. With over 400 attendees from more than 30 countries expected, the region’s flagship homeland security conference supported by the Ministry of Home Affairs, Singapore and the Ministry of the Interior of France is the premier event for all Trade and Professional Security Practitioners to attend. Workshops In addition to the highlights of the main conference programme, there will also be a series of events taking place concurrently on site, as part of the Milipol Asia-Pacific exhibition. This includes the Drone Asia 2017 conference (5th April, 2017), Securex-Asia 2017 (5th and 6th April, 2017), and the IED Workshop 2017 (6th April, 2017).

GSA 2015 addressed key issues surrounding the ISIS threat to the region Global Security Asia (GSA) 2015 concluded its 6th successful iteration in Singapore. The event, which ran from 3-5 March 2015 at Suntec Singapore Convention and Exhibition Centre, showcased the latest trends and technologies in homeland security and addressed the key issues surrounding the ISIS threat to the region. Demonstration from exhibitors: The exhibition saw more than 5,000 visitors over three days and featured nearly 200 exhibitors from 32 countries. There to see the latest in security hardware and software were also 58 VIP delegates in attendance from 11 Asia-Pacific countries, including Cambodia, India, Republic of Korea, Malaysia, Myanmar, Pakistan, Philippines, Sri Lanka, Taiwan ROC, Thailand and Vietnam. VIPs, delgates and trade visitors got first-hand demonstrations from bellwether exhibitors such as Adani, SAAB, Lockheed Martin, Rafael, Cobham, Condor, iRobot, Cellebrite, Scott Safety, Glock, Norinco and others as they put advanced technology and equipment on display at what is the leading exhibition and conference covering all aspects of counter terrorism, internal state security, law enforcement and civil defence in the Asia Pacific. “We are really excited to be represented here at GSA2015 and show that Rafael remains at the cutting edge of defence and security technology,” said BG (Ret) Zion Sapir, General Manager of Rafael Singapore. “It has been a very successful outing for us this year and it was an honour to demonstrate our systems to the many visitors at the show.” Guest of Honour Mr Masagoes Zulkifli, Senior Minister of State, Ministry of Home Affairs and Ministry of Foreign Affairs, officiated the opening ceremony and had a tour of the exhibition. VIPs and delegates were also enthused about the event. “This is an excellent event in terms of speakers and providing us with the opportunity to improve on global security issues and knowledge and the exhibition has given a significant boost to the importance for our business contacts and established good relationships with the,.” said Brigadier Jayampathi Tilakarathne of the Sri Lanka Army. Key issues addressed: "The exhibition saw more than 5,000 visitors over three days and featured nearly 200 exhibitors from 32 countries" GSA 2015 also addressed key issues surrounding the ISIS threat to the region at its conference entitled “The New Asian Threat Landscape”. The two-day conference was attended by over 300 representatives from commercial and government organisations, who gathered to discuss the region’s threats and how best to mitigate, prevent and react to them. “It is very encouraging to see people from all over, from both commercial and government organisations, come together to collaborate and build towards a common understanding and common strategy for fighting extremism,” said Conference Chair Dr. Rohan Gunaratna, Professor of Security Studies at the S. Rajaratnam School of International Studies and Head of the International Centre for Political Violence and Terrorism Research at Nanyang Technological University in Singapore. Other speakers highlighted the prevalent threat of radicalisation via social media and the possible use of biological agents such as smallpox or anthrax as the key challenges facing national security efforts. Mr Andrew Marriott, Managing Director of GSA Exhibitions Pte Ltd looked forward to continued growth of the show in the years to come, “Our exhibitors and delegates were very positive about what they took away from our show. The various threats to national security keep evolving and growing in new ways and there is no doubt that we will see even stronger interest in MILIPOL Asia-Pacific in 2017, incorporating Global Security Asia, in Singapore, as collaboration across the region deepens.”