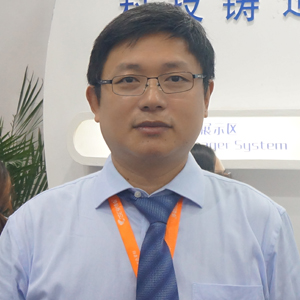 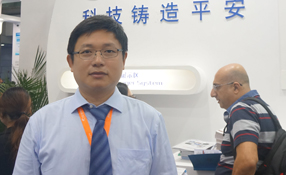 Safer has built a reputation of notcompromising on quality for a low price,leading to increases in overseas sales in 2015 Unfazed by the number of companies following the footsteps of Hikvision and Dahua and launching their own branded product lines, one Chinese company insists on carving out its name in the manufacturing sector. Established in 2002, Shenzhen Safer Science and Technology, or Safer as the company is commonly known, acknowledges that it cannot compete with Hikvision and Dahua; hence, it chooses to focus on its strengths in R&D and manufacturing.    At this year’s CPSE in Shenzhen, Safer’s Vice General Manager, Vance Zhang, shared his views on the global security market, the Chinese manufacturing landscape and the Safer company roadmap.    China: The world’s factory   Zhang opened the conversation by stating that China has become the world’s factory, and this applies to the security industry. The manufacturing sector worldwide has shifted to China. Unsurprisingly, up to 70 percent of the company’s sales are generated from exports. Only a small percentage of the company’s total exports, however, is under the Safer brand, and Zhang has no intention of changing that, at least for now.     In response to the current trend that sees Chinese companies launching their own brands, Zhang offered his views on the market.    “It is not that Safer does not want to launch its own brand,” he said. “Chinese companies cannot escape the steep challenges they face from the global market on price demands. This is the current situation in China. The day Chinese brands can stand tall and firm is definitely a day for celebration.”    In his opinion, there are only a handful of companies that have truly and successfully launched an international brand – Hikvision and Dahua, of course, and a couple of others. For the majority of companies, the road is not an easy one.    According to Zhang, it would be difficult for Safer to stand out among the established companies in face of fierce competition. "We are slowly differentiating ourselvesfrom others who highlight lower-pricedproducts. Many global brands areseeking us out because I have alwaysinsisted on quality," says Vance Zhang,Vice General Manager of Safer  Focus on quality manufacturing and low repair rate   Zhang knows that following the branding trend can be risky business. Hence, the company’s trajectory is to focus on its strengths – manufacturing for international brands such as Panasonic and others. The manufacturing sector is not without its challenges, however, as the sector is also characterised by fierce competition and a race to lower production costs.    Zhang firmly believes that the formula for success lies in innovation, comprehensive core technology and an emphasis on quality.    “I believe that the market will return to its natural course, which is a demand for quality products,” Zhang says. “We do not compete with lower-cost products. I see many customers dealing with high repair rates, with the majority of profits going into after-service. Some people will bend their backs for 5 dollars. Others focus on marketing. Safer is different. Our marketing capabilities are not as strong compared to others, and we do not have as many sales personnel.  Our strengths are in manufacturing and service.”   Safer’s path to reputable quality manufacturing required perseverance, especially in the last couple of years when the lowering of production costs was prevalent among Chinese manufacturers.     “My sales team used to come to me daily, showing me the lower prices offered by other manufacturers. I received around five emails daily citing high prices. It was a challenge, but our low repair rate won customers over. Moreover, Safer’s products are ROHS compliant (containing no hazardous components),”said Zhang. According to Zhang, it would be difficult for Safer to stand out among the established companies in face of fierce competition     The Safer “brand”   The company is expecting a sales growth of 10 to 20 percent this year and currently manufactures for Panasonic, and also other Taiwanese, Japanese and Korean companies. It is also in partnership talks with other major brands.    “The Safer brand awareness is with our customers, not at the system integrator level,” said Zhang. “We are slowly differentiating ourselves from others who highlight lower-priced products. I’m very happy to say that many global brands are seeking us out because I have always insisted on quality. And today, I’ve passed what has been claimed to be strictest quality standards in the world. A Beijing customer of mine was convinced that Safer would not pass, but we did and with the highest possible score.”    Following the success of Hikvision & Dahua   The success of Hikvision and Dahua has prompted many Chinese companies to follow in their footsteps. In face of fierce market competition and limited resources, it may be difficult for a company to replicate what the two market leaders have established.    Safer has shown that branding does not necessarily need to come from launching branded product lines. It has created a name for itself among global security brands as a reliable manufacturing partner. The global security market is composed of a variety of roles. Focusing on strengths and finding a trajectory that highlights those strengths is key to success in the security business.