Satish Thiagarajan is Vice President & Global Head, Cyber Security at Tata Consultancy Services (TCS). Satish consults companies on their digital transformation journeys from a cyber security perspective to safeguard the business through the innovative use of technologies such as AI, automation, and analytics. Satish has over 25 years of information technology experience spanning consulting, business analysis, concurrent multi-project global delivery, relationship and practice management across multiple industries. 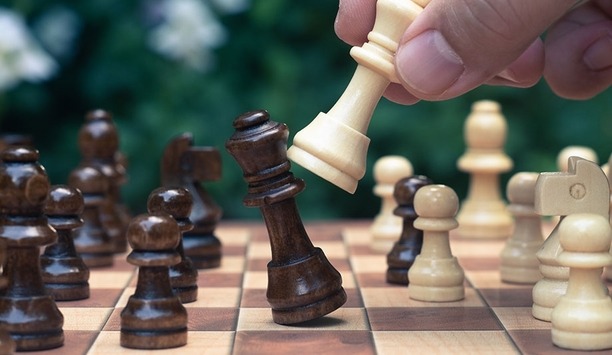 The cyber security threat is constant and real. Entire businesses, large enterprises and even whole cities have been vulnerable to these attacks. Growing threat of cyber attacks The threat is not trivial. Two cities in Florida hit by ransom ware attacks – Rivera Beach and Lake City – opted to capitulate and pay ransom totaling more than $1.1 million to hackers. The attacks had disrupted communications for first responders and crippled online payment and traffic-ticketing systems. It was reminiscent of the $4 billion global WannaCry attacks on financial and healthcare companies. And hackers are continuously devising new techniques, adapting the latest technology innovations including machine learning and artificial intelligence to devise more destructive forms of attack. Indeed, AI promises to become the next major weapon in the cyber arms race. For enterprises, there is no choice but to recognise the threat and adopt effective countermeasures Enterprise security For enterprises, there is no choice but to recognise the threat and adopt effective countermeasures. Not surprisingly, as the number, scale and sophistication of cyber-attacks has grown, so has the significance of the Chief Information Security Officer, or CISO, who owns the responsibility of sounding the alarm to the C-suite and the board – and recommending the best defence strategies. Consider it a grim irony of the digital economy. As companies have migrated to the cloud to gain scale and efficiency and integrated new channels and touch points to make it easier for their customers and suppliers to do business with them, they have also created more potential points of entry for cyber-attacks. IoT increases threat of cyber-attacks Amplifying that vulnerability is the trend of allowing employees to bring their own laptops, smartphones and other digital devices to the office or use to work remotely. And thanks to the Internet of Things, as more devices connect to enterprise systems – from thermostats to cars –  the threat surface or targets of intrusion are multiplying exponentially.   According to the McAfee Labs 2019 Threats Predictions Report, hackers will increasingly turn to AI to help them evade detection and automate their target selection. Companies will have no choice but to begin adopting AI defences to counter these cybercriminals.  Importance of cyber security This escalation in the cyber arms race reflects the sheer volume of data and transactions in modern life. In businesses like financial services and healthcare it is not humanly possible to examine every transaction for anomalies that might signal cyber snooping. Even when oddities are glimpsed, simply flagging potential problems can create so-called threat fatigue from endless false alarms. What’s more, attacks like those from Trickbots are specifically designed to go undetected by end users. The fact is, even if throwing more people at the problem were a solution, there aren’t enough skilled cyber security workers in the world. By some estimates, as many as 10 million cyber security jobs now go unfilled.  AI is being used to conduct predictive analysis at a scale beyond human means Deploying AI As a result, AI is being deployed on multiple cyber-defence fronts. So far, it is mainly being used to conduct predictive analysis at a scale beyond human means. AI programs can sift through petabytes of data, identifying anomalies and even helping an organisation recognise and diagnose intrusions before they turn into catastrophic attacks. AI can also be used to continually monitor and allocate levels of access to a network’s multitude of legitimate users – whether employees, customers, partners or suppliers – to ensure that all parties have the access they need, but only the access they need.   Countering cyber security threats To harden defences, some AI programmes can be configured to perform simulated war games. Because cyber attackers have stealth on their side, organisations might need dozens of experts to counter only a handful of attackers. AI can help even the odds, scoping out the potential permutations of vulnerabilities.  To harden defences, some AI programmes can be configured to perform simulated war games As CISOs – and the CIOs they typically report to – advise C-suites and boards on their growing cybersecurity risk, they can also help those leaders recognize an enduring truth: AI programs cannot replace experienced cybersecurity professionals. But the technology can make staff smarter, more vigilant and more nimbly responsive. AI-based cyber security tools Financial and healthcare companies are leading this charge because of the sheer volume and variety of transactions they handle and because of the value and sensitivity of the data. Organisations like the U.S. Department of defence and the space agency NASA, as well as governments around the world are also implementing AI-based tools to address the cyber threat. For businesses of all types, the threat stretches from the back office to the supply chain to the store front. That is why recognising and countering that threat must involve everyone from the CISO to the CEO to the Chairman of the Board. The AI arms race is underway in security. To delay joining it is to risk letting your enterprise become one of the grim statistics.