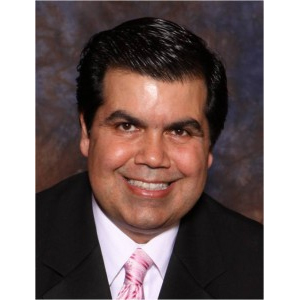 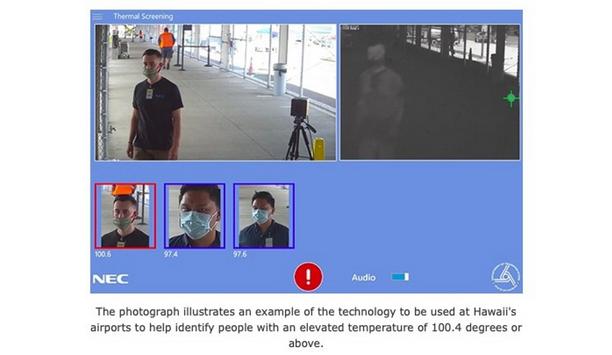 NEC Corporation, NEC Corporation of America and their partner, Infrared Cameras Inc., were selected by the Hawaii Department of Transportation (HDOT) to provide thermal temperature screening and facial recognition technology at Hawaii's public airports to help protect the community and identify passengers with a potentially elevated body temperature. The companies combined resources to submit a unified proposal for the project. Preventative measures against COVID-19 "Taking these steps to implement the technology at our airports shows our commitment to providing preventative measures against COVID-19 for the community," said Hawaii's Governor David Ige. "We recognise that temperature screening won't catch every infected passenger, but it is an available tool that can be implemented and combined with the additional measures the State is providing to help prevent the spread of this virus, while helping rebuild the economy." NEC technology deployed at Hawaii's public airports We believe NEC's technology will help to ensure the safety and health of visitors and residents of Hawaii against COVID-19" "We are honoured to become a part of this significant project for Hawaii towards the revival of tourism and business in the state," said Toshifumi Yoshizaki, Senior Vice President, NEC Corporation. "We believe NEC's technology will help to ensure the safety and health of visitors and residents of Hawaii against COVID-19, and our team will make every effort to ensure the success of this public and private joint project together with all of the partner companies." Multi-person thermal screening solution "Team NEC's approach is predicated on enhancing existing processes and services rather than introducing a bottleneck or negative impact to processing speed," said Raffie Beroukhim, Chief Experience Officer for NEC Corporation of America. Raffie adds, "We look forward to working with the State of Hawaii to further automate and enhance the travellers' experiences with our high throughput, multi-person thermal screening solution." NEC and Infrared Cameras selected NEC and Infrared Cameras were selected with a proposal of US$ 23.3 million for equipment and installation and a 10-year maintenance plan of US$ 1.42 million annually for a total contract amount of US$ 37.5 million. The companies were selected in part because of their innovative concept and functionality to deliver accurate and efficient thermal temperature screening for people traveling to Hawaii. The selection committee evaluated various systems and technologies and NEC and Infrared Cameras were determined to be the best fit for Hawaii's needs. Thermal temperature screening equipment The thermal temperature screening equipment will be installed in three phases at the Daniel K. Inouye International Airport (HNL), Kahului Airport (OGG), Lihue Airport (LIH), Ellison Onizuka Kona International Airport at Keahole (KOA) and Hilo International Airport (ITO). Phase 1 will have the temperature scanners installed this month at the gates currently being used for arriving trans-Pacific flights. Phase 2 will have the temperature scanners installed at the remaining gates in the coming weeks. Phase 3 expects to have the facial recognition equipment installed by December 31, 2020. Leveraging facial recognition technology The system incorporates privacy protections from design to deployment  While the Hawaii airports system will leverage facial recognition technology, people should not think of the features they may have seen in a movie. The system incorporates privacy protections from design to deployment and NEC will work with HDOT throughout this process to ensure the solution meets the requirements of the State of Hawaii. Furthermore, the system will only temporarily retain a picture of a person with an elevated temperature of 100.4 degrees and above to help airport representatives identify them and conduct an additional assessment to determine if health precautions are necessary. Use of thermal image capture technology The picture will be erased within 30 minutes and will not be shared with any outside agencies. Anyone with a temperature below 100.4 degrees will not have their image retained at all. The system will not automatically have a person's personal information, such as their name, address or driver licence number. It will not contain information about criminal history or outstanding warrants. The use of the thermal image capture technology is anticipated to be safer and more cost effective than manual temperature checks. Without the use of facial recognition technology, an employee would need to be next to each camera at all times to pull a person aside as they walk by the camera, creating bottlenecks and further exposing employees to travellers and, thus, possible COVID-19 infection.

NEC's technology took first place for the third consecutive time following MBGC 2009 and MBE 2010-2011 NEC Corporation (NEC) along with NEC Corporation of America, a leading provider and integrator of advanced IT, communications, managed services and biometric solutions, recently announced that NEC's face recognition technology achieved the highest performance evaluation in the recent Face Recognition Vendor Test (FRVT) 2014 performed by the U.S. National Institute of Standards and Technology (NIST). Results were released in NIST's Interagency Report - NISTIR 8009 - Performance of Face Recognition Algorithms. The NIST report is widely viewed as the benchmark of determining which face recognition software solution is the most accurate for one-to-many searching under a variety of situations. NEC's technology took first place for the third consecutive time following the 2009 Multiple Biometric Grand Challenge (MBGC 2009) and 2010-2011 Multiple Biometrics Evaluation (MBE 2010-2011). The most recent FRVT test for one-to-many searching (class C) evaluated the accuracy of database enrollments and personal identity searches using massive volumes of face image data (over 1.6 million people), including multiple "high quality" criminal mugshots, "low quality" webcam snap shots, and "standard quality" passport/visa photo images. Twelve commercial vendors and four academic institutions participated within the FRVT evaluation, which consisted of several test scenarios designed to determine accuracy based on measured error rates. Not only did NEC's search accuracy exceed competitors by a wide margin, it also improved significantly from the past MBE 2010 testing. In the test of rank one miss rates for recognition in a population size of 1.6 million, NEC achieved 4.1% followed with 9.1% for the second best vendor. Putting this in perspective between NEC and the second best vendor can mean missing 80,000 candidates already on rank 1. Also, NEC's face recognition algorithms were faster than all participating vendors, requiring approximately 0.2 seconds per image to create and search an image against 1.6 million records. NEC's matching rate is more than 6.2 million matches per second per core. Overall, the NEC algorithms are typically twice as or up to more than 15 times faster than competitors' algorithms. Moreover, according to NEC's own evaluation tests, it has significantly improved its "one-to-one" matching capabilities, where two face images are evaluated to determine if they are the same person, achieving an exceptional level of accuracy and reducing the authentication error rate by 2/3 when compared to its existing technologies."The NIST benchmark test provides objective and accurate evaluations through 'blind testing' of authentication technologies belonging to a wide range of companies. These tests are supported by leading organisations that include the U.S. Department of Homeland Security, the U.S. Department of Justice and the FBI, helping to attract attention from around the world as a highly reliable assessment," said Shigeki Yamagata, general manager, Information and Media Processing Laboratories, NEC Corporation. "The strength of NEC's face recognition technology lies in its tolerance of poor quality, highly compressed surveillance videos and images" "These results are extraordinary when considering the prior NIST MBGC 2009 and MBE 2010 testing in which NEC also registered the top ranking and superior performance. These improvements demonstrate that NEC is not only outperforming our competitors, but also advancing our own solution," said Raffie Beroukhim, vice president of NECAM's Biometrics Solutions Division. "NEC's face recognition matching algorithm improved the most in one-to-many search accuracy as compared to the other industry participants." The NEC automated face recognition (AFR) solution is gaining wider acceptance in several new industries beyond its traditional use in law enforcement. Retail, hospitality and other businesses are realising potential financial benefits and improved customer satisfaction by enhancing the customer experience with AFR. Since the 1970s NEC has invested significant resources in the research and development of its biometric identification technologies, and has consistently achieved world-leading results in independent, third-party testing. These latest test results re-confirm NEC's superior matching capabilities within the world of face recognition."The strength of NEC's face recognition technology lies in its tolerance of poor quality, highly compressed surveillance videos and images," said Beroukhim. "While facial recognition technology was once considered of marginal value, use of NEC's face recognition technology is now leading to a higher rate of positive identifications in real life investigations where the accuracy of NEC distances itself from other face recognition technology providers and help keep our communities safe."