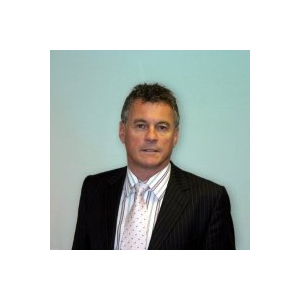 Stephen Blackler is the owner of Nortech Control Systems. 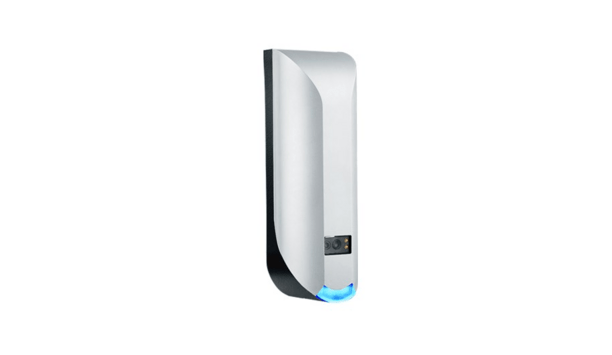 Nortech announced its most advanced NVITE multiple technology reader, designed for contactless identification. The NVITE supports a wide range of credential technologies including QR, Proximity Cards, Smartcards, BLE and NFC, making it an effective access control reader. The NVITE solves one of the major issues in larger sites with multiple facilities and mixed technology credentials, by providing an all-in-one reader solution. It also simplifies the transition from one technology to another without having to replace and re-install the reader. It’s a future-proof technology offering more flexibility, increased convenience, enhanced security identity management, and improved human resource management. Multi-technology reader “The NVITE multi technology reader reads multiple credential technologies, enables contactless identification and includes mobile ID Protocol for implementation with third part Apps. We have already received many enquiries for Nedap’s NVITE, the latest product in their AVI portfolio and are very excited to officially launch the product in the UK,” Stephen Blackler, Managing Director. NVITE offers seamless integration and supports a variety of well-established industry-standard protocols, such as Wiegand, clock & data and serial connections such as RS485. It also supports the Open Supervised Device Protocol (OSDP) for advanced and secure communication between the NVITE reader and the control panel. LED and beeper indication The built-in high intensity red, green and blue LED’s provide the user with visual feedback that the credential has been read or authorised. The LED and beeper functionality can be either controlled by the access control panel or pre-reconfigured. The NVITE reader is ideal for mounting at a height of about 1.5 metres. The reader is IP65 rated, so it can be used outdoors as well as indoors. The reader is fitted with a tamper switch. Secure channel protocol Mobile ID Protocol for implementation with third party Apps. OSDP v2 supported including secure channel protocol. Read range: BLE up to 15 metres (may be restricted by mobile app). NFC, LF proximity card and smartcard up to 5cm. 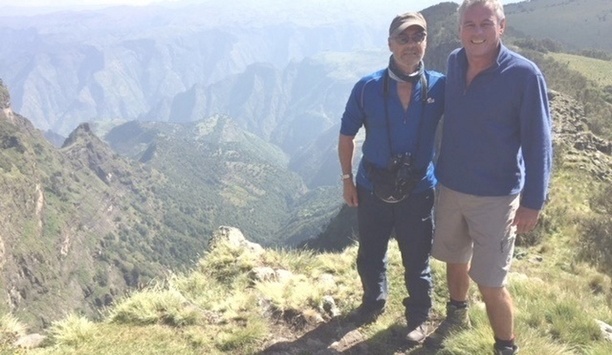 Nortech’s Managing Director Stephen Blackler has recently returned from another fundraising activity in which he climbed the Simien mountain range in Ethiopia, scaling the highest peak Ras Dashen at no less than 4,620 metres. He made a similar climb in 2016 of Mount Meru, Tanzania’s second highest mountain at 4,565 metres located in the centre of Arusha National Park. It’s all in aid of Nortech’s nominated charity, The David Sheldrick Wildlife Trust in Kenya, and their Orphans’ Project - the most successful orphan-elephant rescue and rehabilitation programme in the world. Foster parent for two baby elephants Under the scheme, Nortech has for two years now been a foster parent for two baby elephants - Arruba and Murera - and all the money raised by Nortech goes in support of their upkeep and the care and protection of all the orphans as they return to the wild. As the foster parent, Nortech receives monthly updates with a link to each of the baby elephants from the Keepers Diary where they can track their progress and weekly activities. Sadly, the elephants become orphans due to ivory poaching, human-wildlife conflict, habitat loss and drought. Arruba and Murera were aged 8 months and 2 ½ years respectively when taken into the rescue programme and as with the other infant elephants are then hand reared at the centre until eventual re-integration into the wild herds. I visited the Orphans’ Project nursery facility in Nairobi and immediately decided that this was such a worthwhile charity to support" Adventurous mountain climber and cyclist          Stephen Blacker originally became interested in the Orphans’ Project after being inspired by reading the book by the late Daphne Sheldrick, ‘Love, Life and Elephants: An African Love Story.’ Stephen comments, “I have always had an interest in wildlife and this interest grew when I spent seven years in South Africa working in Johannesburg. After my mountain climb in Tanzania, I visited the Orphans’ Project nursery facility in Nairobi and immediately decided that this was such a worthwhile charity to support that we made a donation to the Trust and continue to foster the two baby elephants.” As well as Stephen’s adventurous mountain climbing, he is also a keen cyclist. Last year he completed the Berlin Velothon, a single day road race covering 120 kilometres after a gruelling 4 hour cycle ride. And this year on 8 July he will take to the saddle again to ride the 140 kilometre Velothon Wales, once again in support of The David Sheldrick Wildlife Trust and the two baby elephants. Knowing Stephen, no doubt there will be another challenge before the year is out! 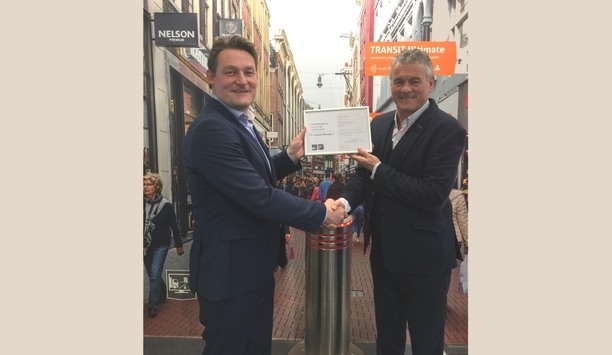 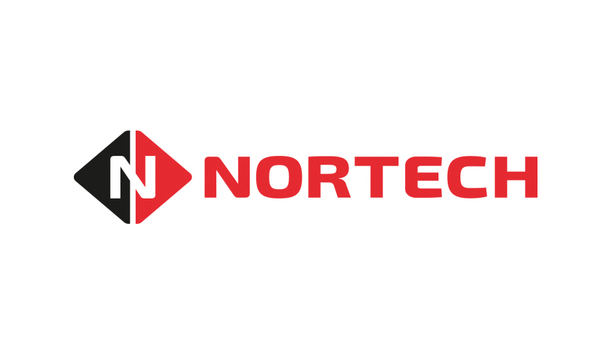 Norbain, one of the UK’s distributors of IP, CCTV, Access Control, and Intruder Detection solutions can now offer their customers Nortech’s popular People & Vehicle Access Control Products. They will distribute the full range of Nortech’s security products including Access Control, Readers & ID Devices, Long Range Identification, and Vehicle Detection & Parking products all of which provide complete solutions across a wide variety of applications. Steve Blackler, Managing Director of Nortech welcomes this formal agreement saying, “The appointment of Norbain strengthens our distribution footprint and provides greater coverage for all of Norbain customers to be able to access Nortech’s full range of people and vehicle access control products”. Anne Wesley, Supplier Relations Manager for Norbain, comments: “We’re delighted to join Nortech’s Distribution Partner Program and are ready to provide customers with immediate sales and support across the full range of Nortech products”. 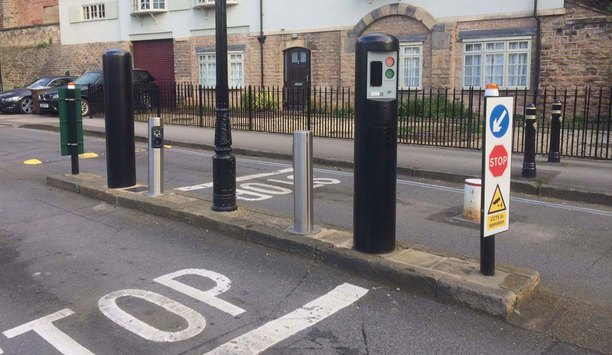 A reliable vehicle identification system was needed to replace the RFID tagging system used to control vehicle access Private housing estate Nottingham Park Estate Ltd. required a reliable solution for secure vehicle access. The key demand of the end customer was that no RFID tags would be used. Nedap’s ANPR Access HD linked to Nortech’s Norpass3 access control system was chosen because of its security and flexibility. Nottingham Park Estate Limited was formed in 1985, essentially to maintain and improve the estate for its members and residents. It is a private residential housing estate to the west of Nottingham which is noted for its Victorian architecture and gas street lighting. Secure, flexible solution A reliable vehicle identification system was needed to replace the ageing RFID tagging system used to control vehicle access in and out of the estate. The Cheshire based company, Sitewatch Fire & Surveillance Ltd, a security systems consultant, installer and operator was commissioned to identify a suitable upgrade solution. They chose an ANPR-based Access Control solution from Nortech. This provides a secure and flexible means of managing access in and out of the estate for all residents, park staff and authorised visitors. Supported by Nortech, Sitewatch installed Nedap’s ANPR Access HD cameras at each access point to the estate, replacing the old vehicle tag readers. The cameras are linked to the Norpass3 Access Control system and the number plate of each authorised vehicle is registered within the Norpass3 system. Automatic Number Plate Recognition Nedap’s ANPR Access HD isan all-in-one camera including High Definition camera, analyser and high power IR illuminator Nedap’s ANPR Access HD is an all-in-one camera including High Definition camera, analyser and high power IR illuminator. It covers nearly all European countries and has a broad list of worldwide countries supporting a large range of IR-reflective license plates. The usage of a HD sensor in combination with the high-power IR enables reading more complex number plates in more challenging circumstances and from a wider range. The ANPR camera can automatically read a number plate at up to 10 metres as a vehicle approaches the access point. The plate is passed to the Norpass controller for validation and if valid, access is granted to the vehicle. No need to issue tags The chosen solution avoids the need to issue vehicle tags to valid users, eliminating initial and ongoing tag replacement costs while reducing administrative time and cost. "The new system improved customer convenience and put an end to vehicles trying to use the park for a shortcut," says Gary Jackson, Branch Manager North Region of Sitewatch Fire & Surveillance Ltd. “The Nedap ANPR has been seamlessly integrated with Nortech’s NORPASS3 which enables customers to manage both number plates and credentials from one central system,” says Stephen Blackler, MD Nortech Control Systems Ltd.

Steve Greenaway will be working on the addition of new products across People and Vehicle Access Control Solutions Nortech Control Systems has strengthened its staff with the appointment of Steve Greenaway as Business Development Director. Strong experience in business strategy and sales development Stephen Blackler, Managing Director of Nortech said, “Steve brings strength and depth to our team having worked for 30 years in the industry with MR Access, Indala and Storm.  He brings a wealth of experience with him and a proven track record of strong business strategy and sales development." Steve commented, “I am working with a great brand and a skilled team of people. It is an exciting time to join Nortech especially with the addition of new and innovative products across our range of People and Vehicle Access Control Solutions."