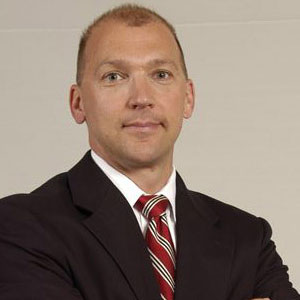 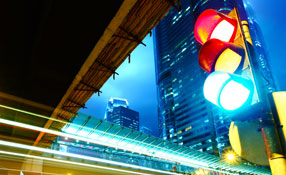 Some people contend that traffic light cameras are money-makers for localgovernments rather than a deterrent for dangerous driving These days, cameras are everywhere, and getting away with petty offences like running traffic lights has got harder. Citizens have got hot under the collar, and some have even gone to court to get rid of the automatic tickets generated by these robotic traffic enforcers. Traffic light camera intersections not conforming to federal traffic standards In one case, U.S. District Judge Arthur Spatt last year dismissed a lawsuit filed by Claire Leder of Bayside, Queens, against Nassau County’s traffic light camera programme. In her filing, Leder, who had been cited in 2011 by a traffic light camera, argued that the county’s traffic-light camera intersections did not conform to federal traffic standards mandating that the amber light last for at least three seconds. She asked the court to shut down the programme, but the judge ruled she failed to prove Nassau County acted "intentionally or recklessly by lowering the duration of yellow traffic lights." Then, in November, the federal appeals court for the Second Circuit also rejected an appeal of the original ruling. “Like many of the red light camera programmes around the country, this one had no criminal sanction attached to it,” explains Mark Mulholland, a senior litigator with Ruskin Moscou Faltischek, which represented Nassau County in the court case. “So unlike a normal moving violation, with a red light camera ticket you cannot have your insurance points affected. It does not go on your driving record. It doesn’t affect you in any other way if you accept the robot citation and just pay the ticket. It is deliberately structured so it is non-criminal in tone and nature.” At the time Leder had paid the $65, “waiving her right to contest the accuracy of the automated citation,” says Mulholland. Decreased amber signal time In the case filed in 2015, she claimed to be suing on behalf of herself and all others Nassau residents who had received tickets. The gist of her complaint was that Nassau County had systematically decreased the amber signal time below the mandatory three second interval prescribed by federal and state law, according to Mulholland. While Leder didn’t measure the lights at the intersection where she was ticketed, the filing included a study performed in Texas that found that intersections with traffic light cameras had amber light times below the national minimum, he adds. “She cited some anecdotal information from a CBS television news story about some other cameras at other intersections in New York having been decreased,” says Mulholland. After installing the traffic light cameras, accidents involving injuries dropped 22 percent, rear-end collisions decreased by 18 percent, and head-on collisions fell by 50 percent in Nassau County Dismissal of lawsuit in name of sustained public and vehicle safety  The dismissal of the suit means that local governments both in New York – and likely elsewhere – will be able to continue the programme. Critics and proponents of traffic light cameras tend to see them in very different ways. Some, like Leder, contend they are money-makers for local governments who have an incentive to increase the number of tickets being issued to motorists. “Drivers here are treating red lights as like a warning,” says Sally Flocks, President and CEO of PEDS, an Atlanta-based pedestrian and bike advocacy group, who led the campaign to get the cameras approved by the Georgia General Assembly. “(Motorists are) treating the red light like a yellow light. People hit the gas pedal even if they’re way back. And basically if you can see a red light while you’re still in the intersection then you had time to stop, but it’s not unusual to see people are going through on red.”  At intersections with cameras, the number of broadside or “T-bone” collisions falls; that is, collisions in which the side of one vehicle is hit by the front or rear of another vehicle. At the same time, the number of rear-end crashes often increases, according to Flocks. “The difference is more rear-enders, but they are not nearly as dangerous,” she explains. “The numbers of crashes may go up, but the severe crashes are going way down.”  The number of accidents at Nassau County's 68 traffic-light camera intersections declined from 1,840 to 1,320 – an average of 28 percent – compared with the 12-month period before the cameras were installed. Accidents involving injuries dropped 22 percent, rear-end collisions decreased by 18 percent, side-impact crashes fell by 37 percent, and head-on collisions fell by 50 percent, according to a 2013 study by Nassau County's Traffic Safety Board.