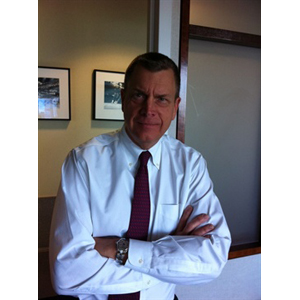 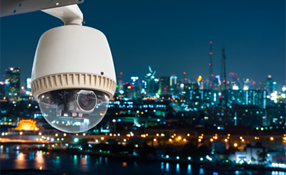 The focus of Fusion Centre is all about video - surveillance, analytics, verification, license plate recognition, VMS, wearable cameras and more Growing demand for surveillance that offers better quality video continues to fuel growth in the IP camera market. According to Transparency Market Research, the video surveillance market will realise a compound annual growth rate (CAGR) of 19 percent by 2019, surpassing $42 billion in sales. High-definition video and network-connected IP video installations also give systems integrators a big advantage installing surveillance cameras. They can accomplish myriad virtual tasks and provide data and intelligence to their customers beyond enhanced security operations. SecureWatch 24 (SW24) Security LLC, headquartered in New York City, has had its eyes on the video surveillance market and up-and-coming technologies for more than a decade. The company, one of the fastest growing integrators in the country, “cut its teeth on video services,” says Jay Stuck, Executive Vice President, SW24 Security. SW24 Security has logged years of industry expertise (its personnel include former employees of the New York City Police Department and the FBI) and has parlayed its keen understanding of current and future technologies into the creation of what has become the largest privately installed network of video surveillance cameras in the U.S. Some 30,000 cameras, sold and installed over the past 10 years, connect to its Network Operations Centre. In June 2013 SW24 Security opened its new Global Security Operations Centre, called the Fusion Centre, focusing on “all things video.” The Fusion Centre is a $4 million, 25,000-square-foot, UL-approved and Central Station Alarm Association Five-Diamond-rated state-of-the-art commercial and residential central station. The focus of the facility is all about video – surveillance, analytics, verification, escort, virtual patrol, concierge, license plate recognition, video management software, wearable cameras and more. SW24’s SecureWatchman is a 21st century solution for multi-family building owners and managers to help fight loitering and make their buildings more secure “The business actually started when our founder, a former New York City police detective, began installing cameras in apartment lobbies to record incidents of vandalism and trespassers tagging elevators. Word spread among landlords and the video service became extremely popular with building owners,” he says. Last year at ISC West, SW24 Security went back to its roots and introduced a specification targeted to the multi-family housing market. SW24’s SecureWatchman is a unique new service combining video analytics with central station monitoring – a 21st century solution for multi-family building owners and managers to help fight loitering and make their buildings more secure. “We have major customers on board and more being added every day. We provide detailed incident reports with a jpeg photo of the person involved who triggered the event and documentation on how the incident was handled from start to finish. We have a tremendous base of experience in law enforcement and video. It’s a perfect blend of technology and know-how we offer our customers.” Stuck says SW24 Security prides itself on its consultative approach to systems installation and the company always does a thorough walk-through of the premises before making any equipment recommendations. “This is the value we provide and every installing company should provide. It’s much more than just selling new cameras and boxes. The customer may not even need a camera,”Stuck says. When SW24 Security planned its central station, it knew video would take centre stage. “We understood that increasingly video verification would be a service offering fundamental to intrusion detection – and critical to the way law enforcement responds.” Today, he adds, SW24 Security continues to provide a blend of manpower, technology and virtual services. “Perhaps a customer needs a live guard during certain times of the day and at other times might have our professional monitoring services look in on the protected premise. Or, use event-based video supplanted with virtual patrol. It’s all an opportunity to provide smart thinking and technology and to raise the level of service we offer our customers.”