Recognised as one of the nation's most efficient metro transit systems, the San Diego Metropolitan Transit System (SDMTS) is continually redesigning its transportation network and business operations to create a reliable, affordable, and commuter-focused system. Serving more than 82 million annual passengers on 80 bus routes covering a 570 square mile area in San Diego County and on its 53 mile trolley system, SDMTS has a history of embracing innovation to deliver the best service possible, and its approach to commuter security is no exception. Leveraging the superior image quality and advanced management features of the Avigilon HD Surveillance System, the SDMTS security team can effectively assist with passenger safety and protect critical assets across its transit stations.

Like any metropolitan transit system, SDMTS faces a variety of security challenges that range from operating in high crime areas to dealing with theft and vandalism and the threat of terrorism. Governed by the California Public Utilities Commission, Transportation Security Administration, and the Department of Homeland Security, SDTMS is always seeking the newest and most advanced security solutions to better protect its sites. "To qualify for the Transit Security Grant Program sponsored by the Department of Homeland Security, we need to meet specific security requirements," said Larry Savoy, assistant director of Security and Code Compliance at SDMTS. The SDTMS security team quickly realised that the Avigilon HD Surveillance System was better aligned to meet their needs than their existing analogue-based system. "The Avigilon HD Surveillance System is a strategic component of our overall security initiative, helping us achieve the high standards set by the industry."

With the assistance of a local provider of surveillance system design, installation, and service, SDMTS installed a mix of Avigilon 5 MP, 8 MP, and 11 MP HD cameras to monitor the platform and parking lots at several transit stations, with plans to add more cameras at another four stations over the next two years. SDMTS also installed several Avigilon Analogue Video Encoders to boost the performance of its existing analogue-based cameras located in its remaining stations. Security personnel manage the Avigilon HD Surveillance System using Avigilon Control Center Enterprise Network Video Management Software (NVMS) with HD Stream Management and monitor the system around the clock. SDMTS stores 15 days of continuous surveillance video on existing servers.

"After reviewing our options, it became clear early on that Avigilon was a good fit for our purposes," explained Savoy. "Not only did Avigilon meet our requirements for reliability, ease-of-use, and image quality, it was also competitively priced. In fact, SDMTS has been so impressed with Avigilon's quality that it has now set the Avigilon HD Surveillance System as its standard for any new surveillance applications moving forward.  Competitive systems will have to equal or exceed Avigilon in order to participate in the SDMTS bid process," added Savoy.

According to Savoy, Avigilon Control Center software offers many useful features that improve response times and reduce investigation times, including HD recording and playback, quick video searching, and digital zooming capabilities. "A big selling feature for us is the fact that we can go back and review footage of an event and zoom in to analyse detailed regions of interest after the fact," noted Savoy. "You simply don't get the same flexibility with a conventional surveillance system."

Another key benefit, the Avigilon HD Surveillance System delivers exceptional image clarity for indisputable evidence. "With our older conventional system consisting of both fixed and Pan-Tilt-Zoom (PTZ) cameras, we could record and review footage to retrieve the history of an incident, but we were unable to achieve the detail recognition required to confirm the nature of the event," added Savoy. "Depending on the angle of the camera or lighting conditions, in some cases we simply could not capture the image definition needed."

The security and code compliance officers at SDMTS have been pleased with the results achieved since deploying the Avigilon HD Surveillance System. "In addition, several law enforcement agencies in San Diego whose jurisdictions we traverse know about our system and come to us almost daily to review footage of incidents recorded at facilities where CCTV is installed. Avigilon's performance and reliability has enhanced our ability to better assist these agencies," said Savoy.

"With its advanced video search capabilities and ease-of-use, the Avigilon HD Surveillance System has played a key role in our ability to resolve conflicts and prevent criminal activity across our transit system," stated Savoy. SDMTS has worked closely with local law enforcement on several occasions to identify and arrest known offenders. With access to indisputable evidence, Savoy confirms that his team can now achieve a better quality of productivity. "The proof in the pudding is the image quality we are now able to obtain. With Avigilon, we certainly get a better result."

The Added Advantage of Cost Savings

"Our focus has always been on deploying the best solutions available to address our surveillance needs," commented Savoy, who explained that Avigilon was easily able to meet its requirements with fewer cameras, better angles, greater coverage, and improved image detail. "We would need twice as many analogue cameras to achieve the same coverage. As an added benefit, SDMTS has also realised significant cost savings. With fewer cameras needed, we have saved in installation, maintenance, and replacement costs," added Savoy.

As an unexpected benefit, the Avigilon HD Surveillance System has also proven useful in helping to clarify liability issues to reduce the cost of false claims. "Like any transit system, we deal with claims of trips and falls, which add to the cost of doing business," stated Savoy. "Avigilon delivers better quality footage so our ability to resolve potentially false claims is improved in those cases where video recordings captured the event."

Unlike air travel, where many layers of security work together to ensure passenger safety, the reality of ground transportation is quite different. "Because we are a commuter transit system used by thousands of passengers daily, we are unable to deploy the same type of security screening procedures that you see in airports," concluded Savoy. "But by deploying only the most advanced, highest quality security solutions, including the Avigilon HD Surveillance System, we can more confidently help protect our passengers from potential harm." 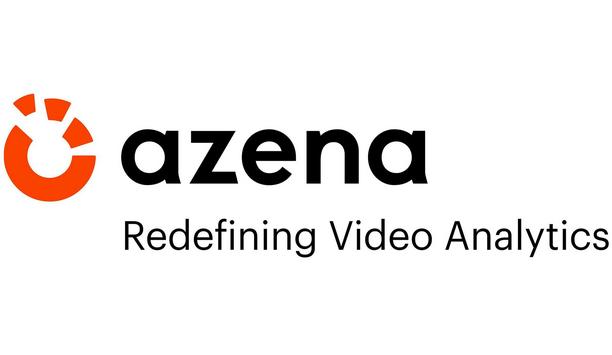