Shane Hepola is currently working in the capacity of Systems Integrator at DC Pro Systems. He has previously worked as Lead Service Technician at Protection One / Sonitrol and Lead Installation Technician at Westinghouse / Westar Security. 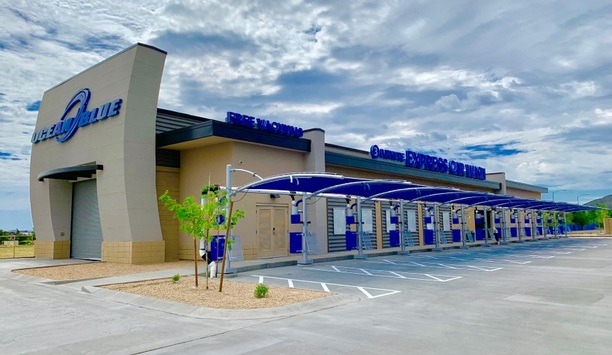 3xLOGIC, Inc., global provider of integrated, intelligent security solutions, has announced that Ocean Blue Car Wash, Prescott Valley, AZ, has deployed or is upgrading to 3xLOGIC 32 4MP-camera video surveillance systems at four of its locations to date. DC Pro Systems is the integrator of record as it continues to install and maintain a growing number of Ocean Blue locations. V7000 NVRs and V-Series 4MP dome cameras We are standardising on the same robust 3xLOGIC video surveillance system at each of our locations" As one of the state’s first Express Car Wash concepts, the owners of Ocean Blue Car Wash have put to use their 15 years of experience to create a new standard in car washing. The Ocean Blue experience is known for consistency and a reliable standard of service. Customers receive the same safe, quality car wash every visit. “We are standardising on the same robust 3xLOGIC video surveillance system at each of our locations,” said Alexander J. Lazar, Owner and General Manager, Ocean Blue Car Wash. Thus far, four Ocean Blue locations have each deployed, or will soon finish deploying, 3xLOGIC V7000 NVRs and 32 V-Series 4MP dome cameras. “We really like Shane Hepola and DC Pro Systems. He brought us the 3xLOGIC technology, and I trust him and the quality job they do.” 3xLOGIC high-resolution cameras “These high-resolution camera views keep my employees on point and they keep my customers on point, too. The 3xLOGIC cameras pay for themselves. I’ve got cameras everywhere, recording everything. If we’ve caused damage to a vehicle, if we’re liable, we’ll certainly pay for it. However, the proof is in the video and if there is any question about a claim, the video doesn’t lie,” said Lazar. “Any story you can imagine from the customer, we’ve experienced it, including slip and fall claims,” Lazar continued. “We need that 4 MP resolution; it keeps our employees honest and it also deters potential robberies. Our multiple cameras provide so many interior and exterior views that we capture a lot of the surrounding properties and highway, so we can be an asset to law enforcement when needed.” On-site and remote video monitoring He further adds, “I’m not at all the different sites every day, but at any given time I can log in and watch what’s going on. I’ve got a bird’s eye view, so I can catch equipment malfunctions before my staff does. Sometimes, when I wake up at 2 am, I can quickly log on to view my locations. I’ll do a night audit to check lighting, building signs, and other things. We’re not there but the cameras are—24/7/365.” Ocean Blue does both on-site and remote monitoring of video, as well as after-incident investigations Ocean Blue does both on-site and remote monitoring of video, as well as after-incident investigations. At this time, the company is expanding to a fifth location, there are plans to build another, and by end of 2020 there will be six Ocean Blue locations. All six will have the same robust, high-functioning 3xLOGIC video surveillance, installed by DC Pro Systems. VIGIL Central Management (VCM) An interesting add-on feature for Ocean Blue is a 3rd-party software app that takes footage from the 3xLOGIC cameras to determine spacing between the cars during the wash process. If two cars come within a certain number of feet from each other, the line shuts down automatically. Another improvement Lazar and Hepola are discussing is to implement 3xLOGIC VIGIL Central Management (VCM). VCM is a health monitoring software component of the VIGIL video management system that alerts either DC Pro or Ocean Blue to any malfunctions on the network before such developments create a problem. “The system is very user friendly,” said Lazar. “Basically, we’re trying to kill all the blind spots on the property, and I use the video for training purposes, too. We’ve got monitors in our offices and in the customer areas. That’s telling my customers we’re watching everything, and their cars are safe; and it’s keeping my employees doing great work,” Lazar concluded.