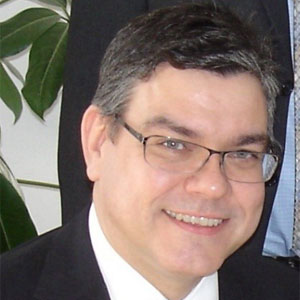 Since 2012 Robert Blum is the spokeman of the telent GmbH board and is responsible for Sales & Marketing and the Technology & Operations division. Between 2004 and 2008 Robert Blum was Director of Business Support, responsible for the business development and strategic planning of telent GmbH, originating from the area of “Integrated Systems” at Marconi Gmbh . Prior to that he was Vice President of the business area "Value Added Services Central Europe". During that time he was responsible for the complete deployment of the Marconi Wireless offerings to customers in Central and Eastern Europe including all German mobile radio operators . This accounted for more than 50% of the turnover of Marconi Communications GmbH. Robert Blum studied Electrical Engineering, focusing on Telecommunications Engineering at the Ruhr University in Bochum as well as at the Fachhochschule in D?sseldorf. After his diploma examination in April 1986 he started his business career with ANT Nachrichtentechnik GmbH which later became Bosch Telecom GmbH, where he held a variety of positions. Between 1995 and 1998 Robert Blum set up and organised the business area of Mobile Radio at GA-com as Head of Engineering and then returned to Bosch Telecom GmbH. Following the merger of Bosch Telecom and Marconi’s Public Networks businesses in January 2000, Robert became Director of Network Implementation, successfully establishing the combined field services organisation.There he made a considerable contribution towards the establishment of this business area. During his first year a record number of commissioning and installation hours was achieved (over 1 million hours) resulting in a 35% turnover increase. 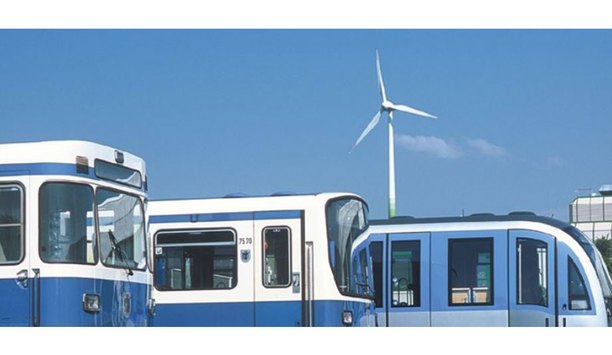 SeeTec Cayuga offers unlimited ways of interfacing the software combined with flexible administration and an intuitive ease of use "Trust us!" – Munich City Utilities' (Stadtwerke München - SWM) motto is an important part of the corporate culture. SWM, as the holding company of Munich’s Transport Corporation (MVG), is also responsible for the safety of 544 million passengers each year. This entails the railway network with more than 100 kilometres of track as well as a pool of vehicles with about 300 busses, more than 100 trams and about 600 underground coaches which need to be watched 24 hours a day and be kept in good condition. The challenge The passenger’s security is of highest priority. Close to 2.800 employees work together to achieve these goals. To guarantee the passenger’s security, trained guards operate day and night at critical intersections. Using a video system, the events on the track are recorded and monitored by the security crew in the MVG operational centre. In the past, the facilities have regularly been equipped with the latest technology to cope with high demands. The analogue camera inventory for example was replaced by IP-based cameras or cameras with higher image quality and improved performance. Still, over the years the system reached its limits, due to the large number of cameras in operation. Therefore, MVG’s video management division decided to publish a new tender, to achieve the best price performance ratio they could get for a fresh investment. In 2013 SWM released an EU tender, which included the following requirements: the existing camera portfolio should be completely reintegrated into the new video solution, but still be capable of future development. Additionally, the platform should be open and manufacturer independent, so that it could build upon the existing network and be able to combine a diversity of hardware or software. To ensure a consistent recording, the system should guarantee a high level of safety and reliability. The solution After issuing the catalogue of requirements the Munich Transport Corporation initialised a multi-level competition. telent GmbH was awarded the system integration. The euromicron affiliate took over the lead for the renewal and extension of the video hard- and software. Robert Blum, chief executive officer at telent GmbH, comments on the requirements: “The extensive and future-proven monitoring of the railroad stations was an ambitious project, which we were only able to realise with reliable partners. As an official and certified SeeTec Partner we were lucky to have an excellent solution ready to use.” With the help of SeeTec’s solutions all customer expectations could be met. The system’s modular approach can be adapted to individual customer needs and provides fitted solutions. The SeeTec Multi Solution Platform also provides a number of additional modules and interfaces to third-party systems – even for such a complex network as MVG’s. SeeTec Cayuga is the perfect foundation for complicated projects offering unlimited ways of interfacing the software combined with flexible administration and an intuitive ease of use. Powerful products are offeredby many providers on the market.Most important to us was the factthat the new system was able toguarantee today, that futuregrowth wouldn’t be a problem The result The new installation with SeeTec Cayuga Infinity X as a video management solution has been officially launched after a short period of implementing, installing and testing lasting only 6 months. More than 2.000 existing and new cameras, which are in use at railway and underground stations, have been integrated into the SeeTec system. The image material is monitored on different locations by up to ten persons 24 hours a day. Several control rooms are available to review the recordings. Using network monitoring and system status messages technical staff keeps an eye on the functional state of the widespread installation with all the operating sites and the vast amount of cameras. The whole system with all cameras runs on two identical, mirrored servers. Data streams delivered by multicast-able cameras are transferred onto both servers. By storing the material on both systems redundancy is achieved, thus ensuring a maximum of reliability. If one server breaks down, all recordings continue and the system can still be operated by the crew without any limitations. Patrick Chuh, project manager and responsible for video planning at MVG, said: “Powerful products are offered by many providers on the market. Most important to us was the fact that the new system was able to guarantee today, that future growth wouldn’t be a problem. Additionally, we were looking for a license model that isn’t discouraging through high complexity. SeeTec’s transparent license model allows an easy modification of the license range without reinstalling.” The customer Patrick Chuh draws a first conclusion: “The open SeeTec system shows our customers that we live our motto – the software is intensively used by us to prevent danger and avoid escalations. Our conclusion after three months of practical experience is positive throughout. Especially the increased usability and the high system reliability were convincing.” Not only is the security staff able to screen the live images. Local police and fire stations have access as well. The authorised groups differ in their user rights: Those are finely tuned according to their requirements. Predefined external users are able to see camera images, but may not change the system settings, for example. The video management system is not only used for documentation and operating control system, but is also used as a proof in cases of damage or crime. Several small events have been solved and the offenders have been caught with the help of the recordings. Especially in areas which are less frequented as well as during peak hours, like for example during the Oktoberfest or after football games, the system is a noticeable relief for the security staff.