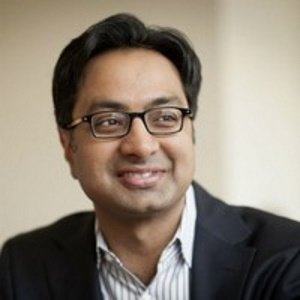 Ping Identity, the intelligent identity solution for the enterprise, was recognised as one of the 25 Highest Rated Public Cloud Computing Companies To Work For During the COVID Crisis in a list released by Battery Ventures, a global investment firm and cloud investor, with data specifically provided by Glassdoor, the provider of insights about jobs and companies. The list highlights 25 publicly traded companies—all business-to-business, cloud-computing companies--where employees reported the highest levels of satisfaction at work during the first six months of the pandemic, according to employee feedback shared on Glassdoor. Critical technology systems The distinction placed Ping Identity at number 18 with an overall company rating of 4.4. The broader average across Glassdoor is 3.5. Ping Identity’s senior-leadership rating was 4.5, compared to the Glassdoor average of 3.2, while its positive business-outlook rating—indicating the percentage of employees who believe their employer’s business will get better in the next six months—was 80%. That compared to an average across Glassdoor of 51%. This is the fourth year Battery has issued a version of its highest-rated cloud companies list This is the fourth year Battery has issued a version of its highest-rated cloud companies list, along with a related ranking of the 25 Highest Rated Private Cloud Computing Companies to Work For. The rankings—which this year hinged on how companies are handling issues like remote workforces and the broader economic downturn--highlight the global trend of businesses increasingly turning to the cloud to run critical technology systems and software, instead of using on-premise systems. Digitising customer businesses “Cloud CEOs have had to stay unbelievably focused, resilient and nimble over the last eight months, working in conditions they likely never expected,” said Neeraj Agrawal, a Battery general partner who specialises in cloud investing. “The best CEOs are listening to employees and making tough decisions that will continue to move their companies forward. We’re heartened that so many of these B2B companies are surviving and even thriving during COVID, as they’re providing technologies to serve the new, pandemic workforce, as well as solutions that are digitising customer businesses faster than ever. Every company that made the list this year should view it as an honour to be included.” Widespread employee network Companies with high employee satisfaction often post stronger financial performance A Glassdoor economic research study, as well as other third party studies, show that companies with high employee satisfaction often post stronger financial performance. “At Ping, we take pride in fostering a culture of transparency and trust,” said Andre Durand, CEO, Ping Identity. “Over the years the team has grown in size, yet, the values and supportive ethos remains unchanged. It’s meaningful to have our achievements in shaping an employee-first culture recognised, but particularly impactful to receive the positive feedback from our widespread employee network.” Highly rated companies Glassdoor noted that employees at these highly rated companies commonly mention in online reviews that they enjoy working for mission-driven companies with strong and unique company cultures; employers that promote transparency; and companies with experienced senior leaders who regularly and clearly communicate with employees. For instance, according to one anonymous employee review of Ping Identity on Glassdoor. Ping identity is a great company to work for with great office culture. A wide range of different products, both on-prem and SaaS offerings, provides a lot of opportunities and interests, and outstanding, transparent, and open minded leadership allows everyone at every level to express themselves, bring in their work/management styles, and contribute.