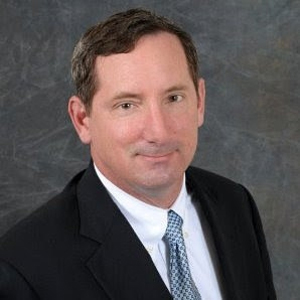 Michael Dougherty is Chief Executive Officer at Secure Identity & Biometrics Association (SIBA). Dougherty joined SIBA from the Raytheon Company, where he worked for 6 years as a Director of Business Development in Homeland Security Programs. Dougherty has over 20 years of legal and policy experience in the federal government. Dougherty served as Legislative Counsel to Senator Jon Kyl on the Senate Judiciary Committee and prior to that, as a Senior Policy Advisor at DHS Headquarters. He also served as an appellate litigator with the Department of Justice (DOJ) Office of Immigration Litigation, and as a Special Assistant U.S. Attorney in the Eastern District of Virginia.

SIBA applauds balance that the Administration and Congress are trying to strike between enhancing security and benefits The Secure Identity & Biometrics Association (SIBA), a U.S. advocacy leader on identity management policy and practice, offered comments on recent security enhancements proposed for the Visa Waiver Program (VWP). The Administration and Congress are examining ways to increase the security of the VWP, which allows more than 20 million visitors from 38 different countries to enter the United States each year without undergoing an interview and biometrics enrollment at a designated U.S. consulate. The attacks in Paris by nationals of France and Belgium, which both participate in the VWP, have united concerns that terrorist fighters could take advantage of visa-free travel to the U.S. The Schengen Area, which allowed borderless travel across the European Union, was effectively created in 1985. The VWP was created by the U.S. Congress in 1986. That was 30 years ago. "These government initiatives were conceived in a different era, and while security measures have incrementally improved, we are now facing new border security challenges with the rise of ISIL, which has recruited thousands of foreign fighters from countries that participate in the VWP. The refugee crisis in the EU and the Levant, which has contributed to a large market for fraudulent passports, is also a new identity management challenge," remarked Michael Dougherty, SIBA’s Chief Executive Officer. Visa-free travel The Administration announced on Monday, November 30, that the Department of Homeland Security would assess the collection and use of biometrics for VWP travelers as part of the Electronic System for Travel Authorisation process. The following day, a bipartisan Senate bill was introduced to address VWP security issues, such as excluding people with a history of recent travel to Syria or Iraq from participating in the VWP; requiring VWP travelers to submit fingerprint and photo biometrics; and eliminating the use of non-electronic passports in the VWP. A House bill on the VWP is anticipated this week, that parallels the Senate bill in major respects. It recommends that the International Civil Aviation Organisation (ICAO) issue standards for the introduction of electronic passports containing "biographic and biometric information that can be used to authenticate the identity of travelers through an embedded chip." "In order to preserve the benefits of visa-free travel, which is worth billions of dollars to our economy," Dougherty continued, "the U.S. will need to further adapt and strengthen the VWP. As a policy and best practice advocacy association, SIBA applauds the balance that the Administration and Congress are trying to strike between enhancing security and the benefits that follow from business and tourist travel to the U.S." Electronic passports There is tremendous latent potential in electronic passports that can be explored. The chips in e-passports can be configured to store multiple modes of biometric data including iris, facial and fingerprint images. “It is very interesting to look at what ICAO is planning for its next optional standard for e-passports in 2016,” commented Dougherty, “which would allow government authorities to actually write to the chip as the passport is used, so that visas and travel stamps would be electronically included on the passport.” This capability of recording usage on the chip could help border authorities determine whether the traveler had visited a country or region of conflict that raises concerns, in addition to preventing fraud and the use of loss or stolen passports. The end state should be a fully-automated reading of the passport, as well as secure data-sharing of the passport’s authentication history, to facilitate the process of vetting VWP travelers.

The plan provides options that include biometrics equipment, mobile biometrics capability and issue smart cards Recently, the Secure Identity & Biometrics Association (SIBA), a global leader on identity management policy and practice, released a plan that lists potential actions that decision-makers might take to address the threat of terrorists posing as refugees in the wake of the Paris attacks. The list comes on the heels of news reports and information that a number of the terrorists might have entered Europe posing as refugees, and that one of them was carrying a fake Syrian passport. "Terrorist organisations are interested in subverting traditional methods of screening and vetting which rely on identity documents, fingerprints, and biographical data,” said Michael Dougherty, the SIBA Chief Executive Officer. “Identity documents of course have a role to play in vetting refugees and asylum-seekers, but there are so many fraudulent Syrian passports and national IDs in circulation right now, those documents cannot be considered reliable in establishing a person's identity. This combined with the lack of background information on many displaced persons who are fleeing conflict and persecution, has justifiably raised security alarms relative to the movement of Syrian refugees.” Dougherty also pointed to numerous reports that there is a growing cottage industry for forged documents, and that ISIS itself is using passport stock to obtain false identities for operatives traveling to the West to stage terror attacks. "The ability of ISIS and other groups to supply operatives with false identification credentials represents a serious threat to the security of civilian populations. However, there are actions that governments can take to mitigate some of these threats." The plan provides options for decision makers that include: Provide biometrics equipment to relief agencies: Governments should ensure that the United Nations High Commissioner for Refugees (UNHCR) and other relief agencies that make first contact with those seeking refugee status have the funding and equipment necessary to capture facial images and iris scans in addition to fingerprints. The UNHCR has recent experience deploying such a capability in parts of Asia. Multimodal biometric capture should be 100% mandatory in order to baseline the identities of those whom relief agencies encounter, and to supplement biographical information. A recent article detailed how biometrics are being used in Syrian Refugee camps to prevent fraud. These same capabilities should also be used for screening and vetting purposes. As there are literally millions of displaced persons flowing from Syria and the region, mobile biometrics is the only solution that can scale rapidly to establish effective identity management for the EU today. As proven by the UN earlier this year and from U.S. military operations in theatre, biometrically enrolling large populations for a variety of purposes is possible. Given the power, accuracy and mobility of state-of-the art capture devices, it can be also done quickly and effectively. Deploy a state of the art mobile biometrics capability in Europe: The freedom of movement across traditional borders in the 26 countries which have abolished their borders (the Schengen Area) is a key feature of the European Union. This can constitute a challenge for law enforcement agencies as they encounter an unprecedented number of refugees from Syria and other conflict areas, and as ISIS seeks to inject terrorist operators from its large number of recruits into the flow. The lack of adequate identity management tools on the ground for local agencies in Europe was recently evidenced when Belgian police apprehended one of the gunmen who took part in the Paris attacks and released him because they were unable to make a positive identification after checking his ID card. To help counter the problem, EU Member States should equip both national and local law enforcement agencies with multi-modal biometric capture devices for use with refugee populations. EU partners should work together to ensure that the data captured on foreign nationals in the Schengen Area can be matched to authoritative databases, including INTERPOL, shared between Member States and made accessible to law enforcement entities in real time. While it appears that none of the Paris attackers were on Watch Lists, mobile biometrics can also enable law enforcement to find and apprehend such suspects after a critical event. Because latent prints, including partial latent prints, can be lifted from crime scenes and rapidly on-boarded to mobile devices, these tools can also be highly valuable in conducting investigations after critical events. This technique has helped to apprehend numerous perpetrators of IED attacks and other crimes in theatres of operation and can be easily brought to bear anywhere in the world. Moreover, as some of Paris attackers and many of new ISIS recruits may not be enrolled in Watch Lists but may have criminal records, the use and integration of mobile biometrics by local law enforcement overseas becomes all the more important. US can utilise existing channels to bolster mobile biometric capabilities for our allies: The United States, through a number of channels and programs can supply nations with mobile biometric capabilities described above. These channels include the Department of Defense Foreign Military Sales program for nations such as Greece and Slovenia, that are experiencing significant Syrian refugee traffic but likely do not have adequate resources to rapidly procure the needed biometrics tools and resources. Programs such as the State Department’s Antiterrorism Assistance Program can also be a suitable vehicle to bolster the biometric capabilities of our partners overseas. As we move forward, and the United States to continue to collaborate more closely with our European allies, the value of our interaction with these states can be greatly enhanced if the quality of the information being shared includes biometric data. Issue smart cards for refugees: Officials should consider issuing a standard document to potential refugees to replace Syrian identity documents. Smart cards featuring an integrated circuit that contains a person's multimodal biometrics are readily available and variations on such cards have been used by the UN in other areas.