Martin Folkerts is currently employed at Deutsche Messe AG in the capacity of Global Director of its Interschutz international trade fair. He has previously worked as Business Development Manager of Far East region for DB International. Martin is an alumnus of the prestigious Leibniz Universität Hannover. 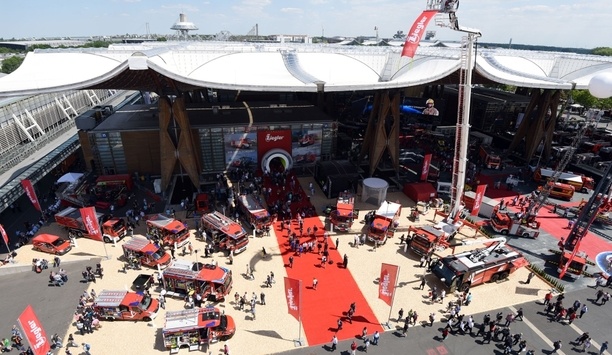 INTERSCHUTZ isn’t like other shows. The international mega-event doesn’t open its gates for another year, but the pre-show preparations are already on the home straight, with exhibition space bookings currently running at a massive 92 percent of 2015 levels. The show will feature numerous conferences, forums and contests, and the participating companies and first-responder organisations are making increasingly detailed plans about what they will be showing and offering visitors. Amid all of the excitement and anticipation, the advice to exhibitors and visitors alike is this: it pays – literally – to plan early. First-responder organisations There’s a palpable air of excitement around INTERSCHUTZ, and it’s building by the minute" “There’s a palpable air of excitement around INTERSCHUTZ, and it’s building by the minute,” said Martin Folkerts, Global Director INTERSCHUTZ at Deutsche Messe. “It is a real thrill to be organising an event that is so important to an entire industry and which means so much, both at a business and an emotional level. Everyone’s really putting their heart and soul into INTERSCHUTZ.” Which is all the more reason for participants to start planning early. “People really should be making their hotel and bed & breakfast bookings now,” Folkerts said. “Other options may involve leveraging contacts with fire departments and other first-responder organisations in the Hannover region or using our mobile home park.” Located in Laatzen, right next-door to the exhibition venue, the park has 400 berths for trailers and motor homes that are available to be booked right now. Admission tickets for INTERSCHUTZ will be available from November on – just in time for the Christmas shopping season.   Non-commercial exhibitors The main display categories at INTERSCHUTZ 2020 are fire fighting, fire prevention, rescue services, civil protection, communication & control center solutions, and protective equipment. For the very first time in the show’s history, there will be an overarching theme that will underlie and bring together all the various exhibitions and the supporting program. It’s ‘Teams, Tactics, Technology – Connected for Protection and Rescue’ and it is a call to action to discuss and embrace the opportunities and challenges of digital transformation and the connective power of dialogue and exchange among the participating actors from many different organisations. There have been a number of significant changes since the last show, in 2015. Apart from a more transparent site layout, these include a better mix of industrial companies and first-responder organisations, or, in INTERSCHUTZ parlance, commercial and non-commercial exhibitors. Key sector associations As well as the exhibition stands, INTERSCHUTZ 2020 will feature a richly varied program of events On this score, the organisers and INTERSCHUTZ partner the German Fire Protection Association (GFPA) are well advanced in their negotiations with key sector associations and first-responder organisations. As a result, more than 70 non-commercial exhibitors have already been confirmed and assigned exhibition spaces in the halls – spaces in signposted theme areas that accurately reflect their services and sectors. This means visitors will be able to head to the theme areas of interest to them and find all the relevant providers conveniently grouped at the one location. As well as the exhibition stands, INTERSCHUTZ 2020 will feature a richly varied program of events. The big highlights here include the 29th German Firefighting Convention, which will be staged in tandem with INTERSCHUTZ in downtown Hannover and at the Hannover Exhibition Center. Fire service personnel The German Fire Services Association (DFV), also an INTERSCHUTZ partner, will be running a whole range of events on the sidelines of the convention. The convention will be opened at a reception hosted by Federal President Frank-Walter Steinmeier. German Chancellor Angela Merkel is also expected to put in an appearance at the event. ‘Sicherheit.Leben’ (Safety.Life) is the motto of an international conference which will cover key future challenges, such as climate change, facing the fire services. There will also be a concert for fire service personnel at the exhibition center There will also be a concert for fire service personnel at the exhibition center. Members of the public will be able see first-hand the enormous diversity of the fire services at a multi-day street showcase in downtown Hannover. In keeping with the keynote theme for next year’s INTERSCHUTZ, the group pavilion organised by the German Fire Services Association and its various partners at INTERSCHUTZ will put the spotlight on collaboration and integration across national borders. Outdoor demonstration site The 29th German Firefighting Convention is being organised in collaboration with the State of Lower Saxony, the Lower Saxony Firefighters Association, the City of Hannover and the Hannover Fire Department. There will also be excitement and adrenalin aplenty, thanks to the action-packed program on the outdoor demonstration site, the smokejumping demonstration, the height rescue contest, and events like the Holmatro Extrication Challenge. Rounding off the INTERSCHUTZ offering will be numerous events featuring high-calibre speakers, such as the Hannover Emergency Care Symposium run by St. John Ambulance, the Civil Protection Symposium and the International Summit for Rescue and Emergency Services. Three days of next year’s show will be devoted to particular countries: on Tuesday the spotlight will be on France, on Wednesday Italy will be in the limelight, and on Thursday the USA will take centre stage. 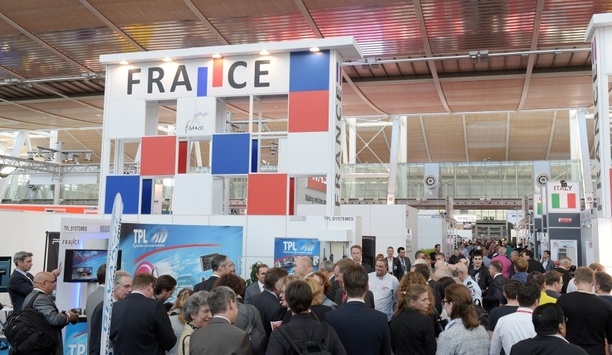 Interschutz 2020 brings back alliance days for France, Italy and the United States

How does France organise its rescue services? What does civil defense look like in Italy? And what are the techniques and tactics used by American firefighters to combat forest fires? The answers to these and other questions will be provided at the upcoming Interschutz trade fair, which runs from 15 to 20 June 2020 in Hanover, Germany. On three dedicated days of the six-day show, individual countries will be in the spotlight – France on Tuesday, Italy on Wednesday and the United States on Thursday. Security and fire safety trade fair  "As a globally renowned and massive trade fair for fire brigades, rescue services, civil protection and safety/security, Interschutz is the perfect place to think outside the box and learn from the experiences of others," says Martin Folkerts, Interschutz project manager for the Deutsche Messe team. "The challenges for rescuers around the world are similar. Our Partner Country Days are dedicated to promoting international networking and reaffirming a cross-border sense of community." High-ranking visitor delegations from the respective featured nations are expected to attend the 2020 Partner Country Days. In addition, special activities are planned at group pavilions from the German federal states as well as on the open-air demonstration site. The three countries will also play an important role at Interschutz conferences and forums. Trade fair attendees will be informed about all the various activities on all the different Interschutz channels. And the trade fair catering service will also have a special culinary focus on each of the Partner Country Days. Global security companies to participate At Interschutz, companies from around the globe will showcase their vehicles, equipment and technologies for protection and rescue services in a quest to conquer new markets. Visitors from Germany and abroad will find new ideas and technological innovations at Interschutz, where they can share their experience with others and generate new leads. In 2015, some 800 out of approximately 1500 exhibitors came from abroad, with visitor attendance of more than 21,000 stemming from outside Germany. And international journalists also showed keen interest in Interschutz, with more than 200 foreign journalists having made the trip to the Hannover Exhibition Center in 2015.