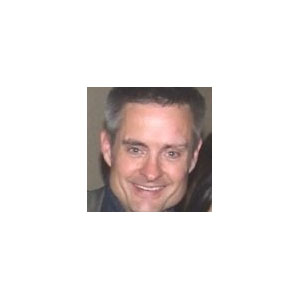 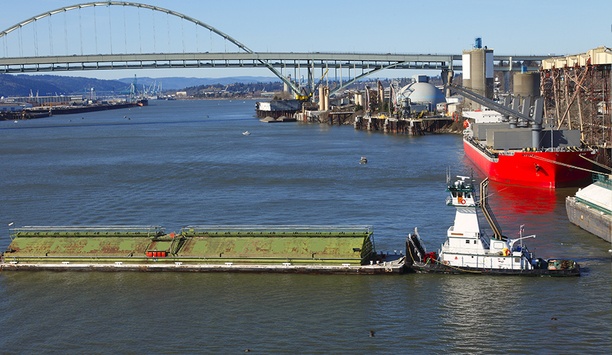 FLIR cameras make video images from heat, letting security operators see clearly in total darkness and in poor weather Introduction The Port of Portland services over 800 vessel calls each year, accounting for over 14 million tons of ocean-going cargo. A complex of four marine terminals, the Port processes a diverse mix of cargo including bulk, breakbulk, containers, and automobiles. Terminal operations continue night and day, and all year round, so the security infrastructure needs to be effective regardless of weather or lighting conditions. To meet these ever-changing demands and conditions, the Port has spent the last two years designing and implementing an impressive security upgrade, funded in part through a grant from the Department of Homeland Security. These improvements focused on Terminals 2, 4, and 6, multipurpose and multi-modal facilities that need to control access from pedestrian, vehicle, rail, and sea routes. The Port hired CH2M Hill as the consulting engineer firm for this comprehensive security upgrade. Covering 280 acres, Terminal 4 has seven berths that handle vehicle, bulk, and liquid bulk cargos. Terminal 6 is a deep draft container terminal that spreads over 380 acres; it also services vehicles, and break bulk cargos. Each terminal can process 1,000 trucks a day, in addition to all of its normal rail traffic. Some of these new security systems focused on the cargo and its containers. Examples include an Optical Character Recognition system, which scans shipping container markings and matches these markings to their truck’s license plate, and Radiation Portal Monitors that scan containers for abnormal levels of radiation that may betray the presence of a dirty bomb. New security upgrade Still other parts of the Port’s security upgrade involved the Terminal’s physical security. These included the installation of improved guardhouses, reinforced fencing, improved access control through the implementation of the nationwide Transportation Worker Identification Credential (TWIC) system, and the integration of Forward Looking Infrared (FLIR) thermal imaging cameras. FLIR cameras make video images from heat, not light, letting security operators see clearly in total darkness and in poor weather – something people in the Pacific Northwest may encounter at any time of the year. FLIR thermal security imaging   FLIR thermal security cameras work because evildoers can’t hide their heat. More precisely, they can’t hide their thermal energy. Everything emits thermal energy – even ice – night and day, in good weather and bad. Thermal imagers allow to see this thermal energy from farther away, and with greater contrast, than the conventional visible-light cameras commonly used in security networks all over the world. Thermal cameras don’t require external lighting, can’t be fooled by camouflage, and can see man-sized targets from farther away than comparable TV cameras. Thanks to recent technological innovations in the mass production of thermal imagers, they are now affordable and available to security professionals in the US and abroad. The clear imagery provided by FLIR thermal cameras comes out as a standard RS-170 video signal, so it is easy to transmit via wireless networks while also working easily with video analytics software. Thermal security cameras change the way business is done in the security profession. They don’t need light, they work 24/7, and they see potential intruders from miles away, instead of just feet The virtual perimeter By coupling their FLIR cameras with a video analytics package, the Port of Portland created a virtual perimeter that helps their security teams detect movement in areas that are otherwise a practical impossibility to secure physically. Most notably are the rail access points, and the many waterfront areas like ship berths. Trains come into the Terminal areas at all hours of night and day, so fencing them would be impractical, expensive, and dangerous. This is an obvious vulnerability, because anyone could walk down the tracks and be inside Port property before the security team knew anything about it. With the FLIR thermal cameras, however, Port security can monitor rail access points 24-hours a day, and receive alarms whenever anyone crosses onto Port property. Waterfront areas are similarly impractical to secure physically. Fences aren’t a solution because of the all-hours access needed by ships, equipment, and longshoremen alike and lighting would be prohibitively expensive. Like rail access points, thermal cameras can effectively monitor large waterfront areas (Terminal 6 alone is almost three miles long), and send alarms to the security operations guardhouse for evaluation and response. PTZ-50 and -35x140 multi-sensor cameras The Port of Portland’s thermal cameras, operating alongside daylight and lowlight video cameras, provide an overlapping mix of video coverage. Fixed thermal cameras of 19, 35, 50, and 100mm focal lengths surveil stationary areas and choke points. Port security also uses PTZ-50 and -35x140 multi-sensor cameras in central locations to scan larger areas while maintaining a zoom capability for more detailed threat analysis. While daylight and lowlight cameras have definite advantages when lighting conditions allow their use, thermal cameras have proven their worth at night. “Lowlight cameras just aren’t there, compared to thermal which gives you a bold image,” said Forrest Gist, a CH2M Hill security project manager who worked on the Port of Portland security upgrade. Thermal security cameras change the way business is done in the security profession. They don’t need light, they work 24/7, and they see potential intruders from miles away, instead of just feet. Until low-cost FLIR thermal cameras came about, they were not an option for most installations simply because of their cost. But today thermal cameras are affordable, and security professionals around the world – including at the Port of Portland – are convinced of their necessity.