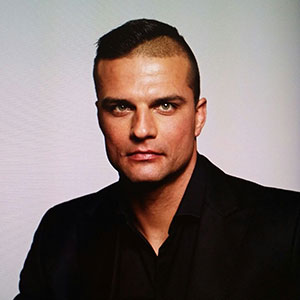 Barry Oberholzer is the Founder of TerrorTech, the developer of the TerrorMate smartphone app. Barry is a former intelligence contractor with specific expertise in sanction busting, narcotics, narco-terror groups and smuggling syndicates in the Middle East. Formerly he served as a confidential informant for the Department of Homeland Security, Joint Terrorism Task Force, Belgium Customs Intelligence and HM Revenue & Customs in the United Kingdom. 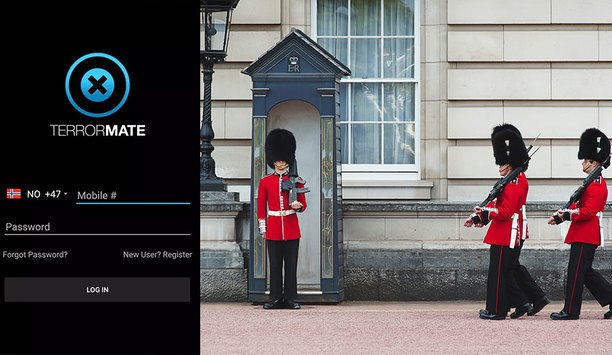 TerrorTech LLC, a Homeland Security and Public Safety industry firm and the developer of TerrorMate, the world’s first terror alert app, uncovered the recent online threat made against Prince George and shared the intelligence with British counter terrorist authorities. This piece of information, together with other intelligence gathered by British services, led to an arrest and potentially prevented a terrorist attack. Online threat The suspect is alleged to have sent Prince George's picture and school address to his friends with message "even royals won't be left alone” on the online news and social networking service Twitter. Commenting on how everything unfolded, Barry Oberholzer, co-founder of TerrorMate said, “The breakthrough on our side came when TerrorTech’s proprietary software first picked up the online threat on Twitter. Our intelligence analysts, based in our 24-hour international operations centre, quickly passed the information on to British officials who verified the information and deemed it credible after validating it against their own intelligence obtained from the messaging app Telegram.”  Real-time data Based in Belgium, TerrorMate’s 24-hour international operations centre pairs expert analysis with cutting-edge technology to identify and track mass shootings, terror threats, and terrorist attacks across the globe. Former military and intelligence personnel employ an integrated approach to gather real-time terrorist and mass shooting data. They then analyse, verify, and rapidly share vital information with the public during critical events to ensure the optimum degree of safety. Developed by TerrorTech LLC, TerrorMate is a free structured mobile real-time intelligence system that delivers accurate terror alerts and safety recommendations within two minutes of a terror attack, mass shooting or a terror alert. The app also serves as a comprehensive crisis communication and mass notification solution that unifies all channels, supporting communication and collaboration during critical events and ensuring that users are fully informed and as safe as possible at all times. 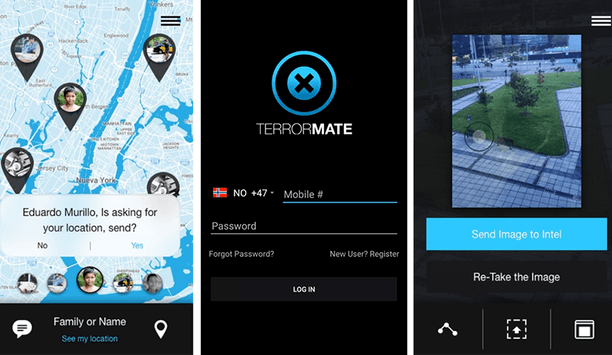 Information can be a scarce commodity in the midst of terrorism or a mass shooting incident. Information can also save lives during the first critical moments of such events. The general public can now download a free smartphone app that provides instantaneous real-time information as a terrorism or mass shooting event is unfolding. TerrorMate crawler software Called TerrorMate, the app began development in 2013, in the wake of several terrorist attacks in France. People in the affected areas were relying on media sources, which sometimes do not provide information on a real-time basis as an event unfolds. To provide information faster, TerrorMate’s proprietary “crawler software” uses more than 200 key words to monitor Internet, social media and “dark web” sources. They also monitor Telegram channels, which are private encrypted messages that terrorists use to communicate. TerrorMate has access to four channels used by the Islamic State. Know your enemy Any leads are then confirmed using 1,100 human sources “on the ground” around the world, including contracted security consultants and law enforcement. TerrorMate employs 15 analysts and 10 software developers who work in a global control room in Belgium 24/7 to monitor any situations. Unlike media professionals, who are monitoring a range of news stories in a variety of fields, TerrorMate operators are focused solely on terrorism and mass shooting events. TerrorMate’s proprietary “crawler software” usesmore than 200 key wordsto monitor Internet, social media and dark web sources “We keep up with what the threat is doing,” says Barry Oberholzer, founder of TerrorTech, the developer of TerrorMate. “You need to know your enemy. We keep analysing and researching so we know the enemy. Mass shootings are hard to predict, and terrorists keep changing their methods, from suicide bombings to vehicle attacks. The game keeps changing, and we see that and keep up to speed on what they’re doing.” Intelligence communication TerrorMate also keeps up to date by communicating with authorities around the world, ranging from an intelligence agency in Spain to the customs and immigration services in Great Britain, from Belgium’s state security services to France’s national police. In addition, TerrorMate is an authorised alert distributor of the Integrated Alert and Warning (IPAW) system operated by the U.S. Department of Homeland Security and the Federal Emergency Management Agency (FEMA). Mission goals TerrorMate has a two-pronged mission. One goal is to provide actionable intelligence to law enforcement to help prevent an imminent attack. If TerrorMate personnel identify a possible threat, whether on social media or the dark web, they confirm the information and then communicate it to local law enforcement. The second goal is to provide real-time information to the general public about terrorism and mass shooting events. The app can be downloaded from the iTunes app store or Google Play. TerrorMate employs 15 analysts and 10 software developers who work in a global control room 24/7 to monitor any situations In addition to providing timely reports, the TerrorMate app includes a “safety guide” during an attack, advising phone numbers that users can call or people they can contact for additional information; listing which areas they should avoid; which public transport systems are functioning, etc. The goal is to get people to safety as soon as possible. During an attack in Barcelona on August 17 this year, the app provided a discount code to enable users to get a free taxi ride home from the affected areas. Tailored location alerts Because the app uses the smartphone geolocation feature, TerrorMate can send tailored alerts based on where a user is located. Users can also choose whether they want only local (in-country) or international alerts. Users may upload media, including photos and video, to the app; all information is verified by the TerrorMate control room and then shared with authorities. Because the app uses the smartphone geolocation feature, TerrorMate cansend tailored alerts basedon where a user is located The app also allows users to share their location with a list of contacts, in effect enabling users to see where their loved ones are during an incident, and to send and receive messages. The feature was developed after the May 2017 bombing at an Ariana Grande concert in Manchester, United Kingdom, when parents needed information on whether their teenagers were safe as the tragedy unfolded. Vehicle integration TerrorMate will integrate with vehicle systems such as OnStar and Uconnect within the next six months. Companies may also subscribe to the service. A benefit is early warning of a terrorist event that might impact a company’s operation. For example, one stock broker subscribes to the service to get early warning of any incident that might negatively impact stock prices. Corporate licensing fees are one source of potential revenue for the company, which currently is self-funded and has little revenue, according to Oberholzer. Identifying what constitutes a mass shooting is not always a clear-cut process, and often the determination happens in real-time. The basic criteria TerrorMate uses is multiple casualties in a highly populated area. Analysts make the call based on real-time information as it comes into the control center about an unfolding incident. Any early information that is reported is labelled as a “possible” mass shooting until it is confirmed. TerrorMate is currently available in English, French, German, Spanish, Italian, Russian, Korean, Japanese, Chinese, Dutch, Swedish and Portuguese.