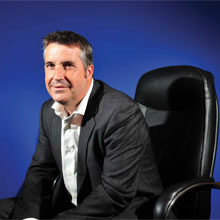 David Ottewill is the Managing Director of Camberford Law PLC. His skills and experience involved in commercial insurance, broker, liability, and underwriting etc.

The awards recognise exceptional performances within the industry across five different categories The British Security Industry Association (BSIA) is proud to announce the national winners of this year’s Annual Security Personnel Awards. Recognition of exceptional performances These esteemed awards are now in their eighteenth year and serve to acknowledge the commendable and limitless contributions that security personnel make to the industry – and the wider community – each and every day. The awards recognise exceptional performances within the industry across five different categories: Best Team, Outstanding Act, Service to the Customer, Best Newcomer and Best use of Technology. James Kelly, Chief Executive of the BSIA, commented: “The security industry remains essential in safeguarding our nation, the success of which is determined by the exceptional personnel that work within it. We at the BSIA pride ourselves on representing the very best of the security industry and the outstanding contributions made by this year’s award winners clearly demonstrates this.” “We receive a huge volume of nominations every year and the judging process is always very difficult. The standard of applications this year has been as high as ever and we are extremely proud to be associated with the talent displayed by our winners.” BSIA’s Annual Luncheon The award presentations took place at the BSIA’s Annual Luncheon, held at the London Hilton on Park Lane on the 12th July 2016. The award ceremony celebrated the incredible achievements of security personnel, many of whom had gone above and beyond the call of duty to ensure the safety of the communities they protect. The awards were presented by the world’s first amputee ultra-distance runner, Chris Moon, who also delivered a moving and inspirational keynote speech. The Annual Security Personnel Awards have been sponsored by Camberford Law plc – specialist insurance brokers to the security industry – since their inception. David Ottewill, Managing Director of Camberford Law comments: “It is important to recognise and reward the hard work and efforts of those dedicated professionals within the Security Industry. As such, we were very proud to once again sponsor this year’s awards.” The BSIA would like to thank Camberford Law plc for their on-going support without which the awards would not be possible. Winners list The full list of winners is as follows: Service to the Customer David Phillips – Westgrove Group Joseph Thompson – Mitie Security Ltd Ronnie Harkison – VSG Roberta Sasnauskaite – VSG Outstanding Act Kevin Cooper – G4S Secure Solutions (UK) Ltd Leoni Bromfield – VSG Saleh Akram and Martin Hall – VSG Gary Nicholas – Westgrove Group Best Newcomer Siobhan Meenan – VSG Ian Hewitt – Kings Security Systems Ltd Stewart Judd – VSG Best use of Technology William Yau – VSG David Harries – VSG Nasser Mahmood – G4S Secure Solutions (UK) Ltd Best Team Redbridge College – Sight & Sound Security Solutions Ltd Kirklees Neighbourhood Housing – Kings Security Systems Ltd St David’s Shopping Centre – OCS Group UK Ltd

The awards are a fantastic opportunity for our member companies to showcase the talents of personnel Members of the British Security Industry Association (BSIA) are being encouraged to submit their nominations for 2016’s Security Personnel Awards, with the deadline just over three months away. Awards serve contributions of security personnel These prestigious awards are presented every year in both regional and national rounds of judging. The awards serve to acknowledge the commendable and limitless contributions that security personnel make each and every day. They are awarded across five categories: Service to the Customer, Outstanding Act, Best Newcomer, Best use of Technology and Best Team which enables a wide variety of exceptional performances to be recognised. Camberford Law Plc – specialist insurance brokers to the security industry – have sponsored the Security Personnel Awards since their inception seventeen years ago. Speaking of the awards, David Ottewill, Managing Director of Camberford Law commented: “It is important to recognise and reward the hard work and efforts of those dedicated professionals within the security industry. As such, we were very proud to once again sponsor this year’s awards [2015].” The 2015 awards saw 33 high-calibre regional winners and 13 outstanding national winners scoop awards for their contributions to community safety and maintaining the industry’s favourable reputation. Some of the inspirational achievements included life-saving actions, exceptional customer service and using innovative technology. Dominated by the larger companies James Kelly, Chief Executive of the BSIA commented: “There is a huge amount of talent on show in our industry and we take great pride in helping to recognise the achievements of the professional men and women that help to safeguard our nation. “The awards are a fantastic opportunity for our member companies to showcase the talents of personnel who go above and beyond the call of duty on a daily basis in order to deliver the best possible standard of service. Security personnel are the public face of our industry; the standards of professionalism that they embody is key to the continued growth of consumer trust in our industry and should be rewarded.” “Traditionally, the awards have been dominated by the larger companies operating in the security industry; however, over the past few years, a number of small and medium sized companies have been presented with some of the most coveted awards. I strongly encourage members of all sizes to participate in nominating their employees.” Winners receive positive publicity The deadline for nominations for the 2016 awards is the 30th October 2015, with the judging of the regional awards taking place throughout December. Those successful in the regional rounds will then progress to the national round of judging which takes place in March 2016. The national award winners will be invited to attend the BSIA’s flagship event – the Association’s Annual Luncheon – where they will be presented with their awards in front of some of the industry’s most influential people. Awards are customarily awarded by the Association’s Guest of Honour, which in the past has included members of the Royal Family, senior MPs and Cabinet Ministers, senior Police officials and celebrities. The winners and their employers receive positive publicity in local and regional media, as well as comprehensive coverage in the security trade press. BSIA members of the Security Guarding, CVIT, Police and Public Services, Leisure Industry, Specialist Services or Crowd Management sections can nominate their outstanding personnel by downloading a nomination form.

The awards serve to recognise significant or lifelong contributions in five different categories Five individuals and teams have been presented with prestigious British Security Industry Association Chairman’s Awards to celebrate outstanding contributions they have made to the ongoing success of the UK’s private security industry. Personally selected by the BSIA’s Chairman, Pauline Norstrom, Chief Operating Officer at Dedicated Micros and AD Group, the awards serve to recognise significant or lifelong contributions in five different categories: Contribution to Standards, Contribution to the Community, Contribution to the Industry, Contribution to Training and Contribution to Exporting. This year’s awards were presented in a glittering awards ceremony at the BSIA’s Annual Luncheon at the London Hilton on Park Lane on 15th July. Details of this year’s winners are as follows: Contribution to standards The Chairman’s Award for Contribution to Standards was presented to Kevin Harris of Thorn Security, part of the Tyco "I am delighted to be able to recognise the significant contributions made by these five outstanding individuals and organisations" Group. Despite operating from his home and company base in Canada, Kevin has been an active member of the BSIA Security Equipment Manufacturers Section’s TC1 committee for several years, contributing to most of the Association’s guidance and standards comment reviews, as well as participating on various ad-hoc groups dealing with standards-related matters. Kevin supports the BSIA and BSI as the UK representative on CENELEC WG2 for intruder alarm component standards, and also the convenor of CENELEC’s WG13 for integrated security systems standards and WG9 for environmental compliance standards. As part of this duty, Kevin travels across Europe to the working group meetings and is ideally placed to update and advise our industry on matters of importance to the sector. Contribution to the community The award for Contribution to the Community was presented to the Tour of Securitas Team of Securitas Security Services (UK) Ltd. As part of this charitable initiative, over 800 security officers and support staff cycled 2,677 miles to raise awareness of safety in the workplace. The team raised more than £3,000 for the Royal Society for the Prevention of Accidents (RoSPA), an award-winning charity dedicated to the prevention of accidents on the road or in the workplace. Sponsored by Marks & Spencer, the scheme also received the backing of Team GB cycling legend, Shane Sutton.  Contribution to the industry The Chairman’s Award for Contribution to the Industry was awarded to David Ottewill, Managing Director of Camberford Law PLC, specialist insurance brokers to the security industry. Since taking over Camberford Law in 2007, David has sponsored the Security Personnel Awards every year, making it possible for the industry to recognise and reward the achievements of the many security officers who help to keep the UK’s infrastructure, businesses and members of the public safe and secure each and every day. Contribution to training The award for Contribution to Training was presented to security guarding company, VSG, for its Zero Assaults Project. The project, which is aimed at protecting members of the public and minimising criminal or reputational damage, has been delivered to 240 managers and directors since its launch last May. All in all, the success of the project is apparent, with the number of reportable conflict incidents across VSG having fallen by 23% and the number of lost time injuries decreasing by 42%. Such has been the project’s popularity that it has been rolled out across major contracts in London, while it now forms part of the mandatory VSG induction process. Contribution to exporting The Chairman’s Award for Contribution to Exporting was presented to Ron Archibald, Head of Trade Challenge Partners at UK Trade & Investment (UKTI). A career civil servant, Ron joined the Department of Trade and Industry in 1979 and "The actions of these winners have all served to promote our [private security] industry in a positive light" has since worked around the world securing EU free trade agreements with South Africa, Mexico and Chile, among others. For the last decade, Ron has headed the Tradeshow Access Programme, a major UKTI initiative providing support to UK businesses participating in around 400 overseas trade fairs each year. With the evolution to a new accreditation system for partner organisations, Ron, who had been closely involved in the accreditation process, has now taken on responsibility for the new Trade Challenge partner programme and is working with newly-accredited Partners to develop their partnerships with UKTI. As Deputy Director of UKTI’s Global Events and Missions change programme, Ron aims to transform the customer experience of UKTI-supported events by introducing a single events programme from Spring 2016, a role for which Ron’s extensive experience of the international events scene equips him very well. Commenting on the awards, BSIA Chairman, Pauline Norstrom said: “I am delighted to be able to recognise the significant contributions made by these five outstanding individuals and organisations, whose commitment and dedication have made a lasting impression on the UK’s private security industry. Whether organising charitable events or raising standards in the field of training, the actions of these winners have all served to promote our industry in a positive light, and I am pleased to be able to commend the impact they have made.”