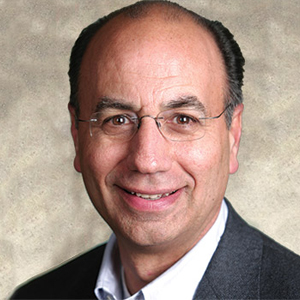 Dan Moceri has over 35 years of experience in the electronic security, fire alarm & life safety, and building management systems industry. Dan is a Co-Founder, Executive Chairman and Board Member for Convergint Technologies. Prior to starting Convergint Technologies, Dan was the President of Siemens Building Technologies Security Division for North America. During the span of his career, Dan has held positions in marketing, engineering, and executive management focused on integrated building management systems throughout the United States and Canada. Dan holds a Bachelor's of Science degree in Electrical Engineering from the Milwaukee School of Engineering (MSOE) and a Master's degree in Management from Northwestern University. Active in professional and civic organisations, Dan is a member of the American Society for Industrial Security, a member of the Board of Regents for the Milwaukee School of Engineering, a member of the Canada-US Business Council, an advisory board member for Techsec Solutions.

The Security Industry Association (SIA) welcomed a new Chairman and new Directors to the SIA Board of Directors during ISC West 2018 in Las Vegas, Nevada. The SIA Board of Directors ratified the selection of Scott Schafer, Principal at SMS Advisors LLC, as SIA Chairman of the Board during an organisational meeting of the Board held at ISC West. “I thank the Security Industry Association for entrusting me with the responsibilities of SIA Chairman of the Board,” said Schafer. “As a longtime member of SIA, I understand the value the association has delivered to its members the importance of driving even more value though great execution of our strategic plan going forward. I would like to thank Denis Hebert for his many contributions to SIA during his term as chairman. We look forward to his future engagement with the SIA board.” SIA executive committee Following the ratification, the SIA executive committee for 2018 now includes:These leaders will help SIA navigate through emerging opportunities while ensuring the association’s programmes are achieving their full potential" Chairman: Scott Schafer, SMS Advisors Vice Chairman: Dan Moceri, Convergint Technologies Treasurer: Rich Cillessen, Siemens Industry Secretary: Pierre Trapanese, Northland Controls Immediate Past Chairman: Denis Hebert, Feenics Voting members The SIA membership ratified new voting members of Board of Directors (listed alphabetically by last name): Scott Dunn, Senior Director, Business Development Solutions & Services, Axis Communications Janet Fenner, Director, Business Development, Dahua Technology Mike Foynes, Senior Director, Global Security, Microsoft Corporation John E. Mack III, Executive Vice President, Co-Head of Investment Banking, Imperial Capital, LLC Tom Nakatani, Vice President, IT, Customer Monitoring Technology, ADT The Chairman and Directors of the SIA Board serve two-year terms. “SIA members will continue to be well-represented through an impressive set of directors who are well-respected within the global security industry,” said SIA Chairman Schafer. “Collectively, these leaders will help SIA navigate through emerging opportunities and challenges while ensuring that the association’s programmes and events are achieving their full potential for all of our members.” 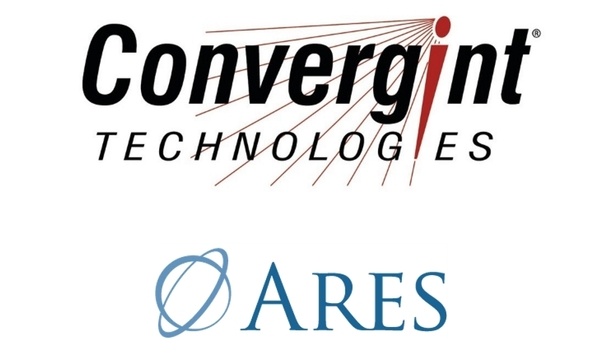 Ares Management has announced that a fund managed by its Private Equity Group has acquired Convergint Technologies, an independent security integrator, from investment funds affiliated with KRG. Terms of the transaction were not disclosed. Based in Schaumberg, Illinois, Convergint provides comprehensive security integration and fire and life safety services in more than 80 locations across four continents. Since its founding in 2001, Convergint has grown to employ more than 3,400 colleagues as the business continues to expand its security offerings and geographic footprint. Central to this growth is Convergint’s strong corporate culture, which focuses on providing best-in-class service to meet its customers’ unique security needs. “Convergint is a leader in its industry, with a unique culture and longstanding track record of fostering the development of its colleagues and delivering outstanding service to its customers. We are excited to partner with the Convergint management team and look forward to supporting the company in its next phase of growth,” said Matt Cwiertnia, Partner and Co-Head of North American Private Equity at Ares Management.We know our customers will benefit greatly from the way this partnership will allow us to grow globally Long-term growth “With the opportunities in front of us, this transaction will enable Convergint to take the next step in our growth as we continue building on our foundation as the leading global independent integrator in the security and fire and life safety industry,” said Ken Lochiatto, CEO of Convergint. “We look forward to partnering with Ares to realise our vision for long-term growth as we continue to offer world-class solutions to our customers across the globe, consistent with our longstanding values and beliefs.” “We look forward to a strong partnership with Ares Management,” said Dan Moceri, Executive Chairman and Co-Founder of Convergint Technologies. “The additional resources available to Convergint through Ares will enable us to continue toward our goal of being our customers’ best service provider. We know our customers will benefit greatly from the way this partnership will allow us to grow globally and further adapt to their needs.” 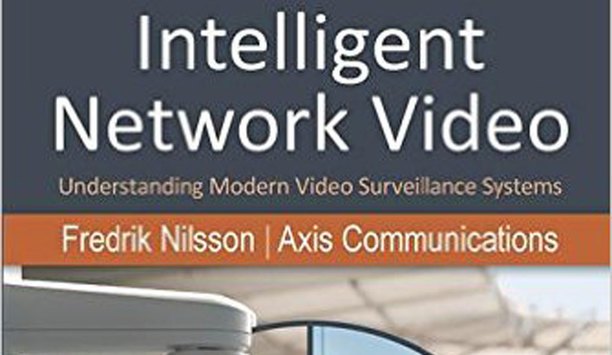 The book is an update on video surveillance and innovations in the network video industry The 2nd edition of Intelligent Network Video is a look into how the industry and technology has changed over the last eight years and what we can expect moving forward. Video surveillance update Today, CRC Press released the Second Edition of Intelligent Network Video, by Fredrik Nilsson, Vice President, Americas, Axis Communications, Inc. The book gives readers a comprehensive update on all video surveillance technologies and innovations that have taken place in the network video industry over the last eight years since the first edition was released. “Deciding to write another book was a huge endeavour and I truly couldn’t have done it without the support of many people in the industry, and of course my colleagues at Axis Communications,” said Fredrik Nilsson, VP, Americas, Axis Communications, Inc. “There have been many advancements to technology and changes to the industry in recent years. The first edition was so well received that I was often asked to write another, which served as inspiration to work on a Second Edition.” Thermal imaging and video technologies This Second Edition presents the rapidly changing technology landscape of vastly improved image quality, better system performance, and higher level of intelligence in the systems. All content has been fully revised and updated. Two new chapters were added and cover thermal imaging and hosted video technologies. With more than 50 percent content, Intelligent Network Video, the Second Edition continues to serve as a reference for industry professionals who want to understand the latest technology advancements in modern video surveillance systems. “This book is a ‘must-have’ for seasoned security professionals and freshly-minted security system engineers" Technical decisions for the future “This book is a ‘must-have’ for seasoned security professionals as well as freshly minted security system engineers, as it tethers us to reason, facts and analysis, thus making it possible for us to make good technical decisions about the future,” said Pierre Racz, Founder & CEO, Genetec, Inc. “In the highly competitive business of video surveillance, knowledge becomes power and it is a key differentiator. Whether you are beginning your career in the industry or are a veteran, whether you sell solutions or design and implement them, differentiate yourself by gaining extreme knowledge in video surveillance. Fredrik Nilsson’s, Intelligent Network Video provides everything you need to know and more to shine above everyone else,” said Dan Moceri, Executive Chairman and Co-Founder, Convergint Technologies.

The joint organisation provides a diverse range of service-based solutions supported by highly experienced workforce Convergint Technologies, a worldwide leader in service-based systems integration, recently announced the acquisition of Enion AG Integrated Security Solutions. Enion offers reliable, innovative, and cost-effective security solutions tailored to the complex needs of its clients. Convergint’s business expansion With a location in mainland Europe, the acquisition of Enion expands Convergint’s global platform through a strategic position near Basel, Switzerland. Convergint will leverage Enion’s location and expertise to better service sophisticated global customers that are facing challenging integration needs on an enterprise level. Convergint Technologies continues its successful history of rapid global growth. "We are servicing more global customers today than ever before, and we are continuing to build out our worldwide service capabilities," said Dan Moceri, Executive Chairman and co-founder of Convergint Technologies. “With rich experience in solving complex integration issues, Enion will play an important role in enabling us to be the best service provider possible for our global customers.” A diverse range of service-based integrated solutions Convergint and Enion also share a cultural dedicated to customer service. The joint organisation provides a diverse range of service-based solutions supported by a highly experienced workforce throughout the world. “With Convergint, Enion gains a reliable and financially strong partner to provide broader solutions for our customers on a local and global basis,” said Andre Dill, CEO of Enion. “We share Convergint’s strong social values and look forward to building the leading service provider in the region.”