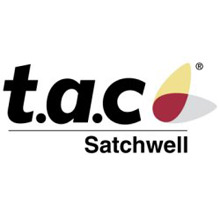 Retailers have been warned that they are not taking security seriously enough to tackle the rising amount of retail crime.

The claim comes after research carried out by TAC revealed that only nine per cent of retailers nationally treated security as a priority - even though crime cost the industry £2.5bn in 2005.

TAC asked managers from leading high street stores and supermarkets from 10 UK cities to rate the importance of security against a list of other retail issues.  As many as 22% rated security as the least important factor facing their day-to-day work, compared to a list of issues including profit, recruitment, merchandising and competition.

TAC says the figures prove that, although investment in security measures is high in the retail sector, profits will continue to be hit by crime until it is treated as a priority at all levels of the business.  It said retailers must ensure they make the most of the technology available to them in the fight against crime.

The British Retail Consortium's (BRC) 2006 Retail Crime Survey suggested that crime had cost retailers over £13bn since 2000, despite the industry having spent £4.3bn on security measures in that time.

However, John Sage, security solutions manager at TAC, said the investment itself was not enough and that security needed to be treated as a priority at all levels of the industry, ensuring that the technology was used correctly.

"Retailers are clearly spending money on security solutions - the figures from the BRC prove that - so in some respects the message is getting across.  However, the security solutions are in many cases simply not being used efficiently or correctly," he said.

"Shops are dynamic environments that change all the time yet frequently you'll see cameras in the corners of the room that have never been moved to allow for changing room layouts.  Often the technology in place is absolutely fine but often the set-up, positioning and even the camera lens are wrong."

"The approach to security needs to be a bespoke one and retailers must turn to security providers that can go the extra mile - it should never be a case of simply installing some cameras and hoping for the best.   Retailers must look to protect their investment - both their products on sale and their annual spend on security solutions - by carrying out a full professional survey and risk assessment."

"The problem is certainly one that retailers need to look at seriously - it was apparent from our research that security was not a top priority compared to other issues.  Perhaps there is not a clear enough link between crime and the impact it has on profits."

"People make the mistake that retail crime is victimless and maybe that attitude has reached retail staff as well.  However, crime hits everyone and as the BRC report said, can force businesses to close with employees losing their jobs - this needs to be reinforced more strongly."

Fashion retailers fared the worst in the survey, with only eight per cent rating security as the top priority, while 14 per cent of supermarkets said it was the top.  Electrical retailers, which carry the most expensive goods, came out on top with 25 per cent saying it was the most important issue they faced.

Sage added that meeting the needs of the police was also a problematic area but one that retailers must take into account:  "A common complaint is that police want any evidence presented to them on a plate - and if there are any gaps or flaws in what they are seeing, then prosecution is unlikely.  Security should be seen as a useful tool, not just a deterrent, so it makes perfect sense to ensure an expert has tailored a security system so it is doing its job correctly."