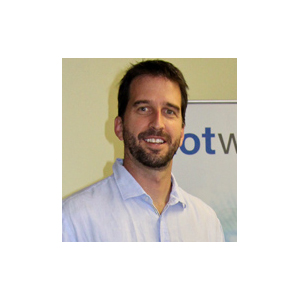 Will Ferris is the Founder and CEO of Dotworkz Systems. Mr. Ferris founded Dotworkz in 1998, when the camera enclosure market had just started to emerge. His skills include new business development, product development, strategic planning, project management and management.

Milestone XProtect VMS open platform allows schools to manage 1,169 video cameras from a mix of manufacturers Milestone Systems open platform IP video management software (VMS) has greatly improved security for the second largest school district in California. The San Diego Unified School District’s previous video surveillance solution presented a number of problems. It required two management servers in which most settings had to be replicated, which was awkward and cumbersome. Programming cameras required navigating two operating systems. Training administrators and end users on the old technology also took a lot of time, as did making district-wide updates. Being an organisation with more than 200 facilities, San Diego Unified School District sought a video surveillance technology solution that could be centrally administered, and support HD quality images to more effectively manage behavior and prevent vandalism. It had to be expandable in the future and accommodate additions such as the access control technology the district hopes to deploy within one or two years. Milestone XProtect VMS Installation/design partner Proshop Group and Dotworkz designed and implemented the network security solution, choosing Milestone XProtect video management software. Its open platform allows the schools to manage 1,169 video cameras from a mix of manufacturers: Axis, Bosch, IQinVision, Panasonic, Samsung and Sony. The installation runs on IBM and Dell servers. Dotworkz president Will Ferris believes that Milestone’s open platform provides the greatest value for what is most important to San Diego Unified School District. This includes scalability, incorporating new functionality and enhancing the level of safety and security for parents, students and teachers. Ferris says: “We helped the district in its quest for better camera and processing technology. We served as a guide, showing them the advantages of Milestone’s open platform and advised them to complete the training required to become certified in the technology. We also built the housings for their external cameras.” The cameras are installed at points where break-ins commonly occur and in areas where students gather that are the most problematic. Cost savings please the district and constituents “This system makes each campus safer for students and staff. We now have the level of visual communication we need to resolve most problems before they arise,” said Mike Cho, Safety and Security Coordinator, San Diego Unified School District. As an organisation that depends on voters’ support for bond funding, the investment in Milestone technology was made with an eye toward cost effectiveness. The Milestone video platform has paid off by dramatically reducing the amount of time required to administer the system and to train users and by reducing the vandalism that demands costly repairs. Protect assets & catch perpetrators Further savings are achieved by reducing the number of staff members needed to physically monitor so many areas. According to district administrators, the system has improved conduct across the board by providing high-definition (HD) images that make identifying and charging perpetrators a much less arduous process than it was before. “This system makes each campus safer for students and staff. We now have the level of visual communication we need to resolve most problems before they arise”, said Mike Cho, Safety and Security Coordinator, San Diego Unified School District 80 percent reduction in vandalism “Since they’ve noticed that they’re being monitored, the students’ behavior has improved,” says Cho. “They know that every action occurring in the common areas is being recorded.” At the school that once had the worst graffiti problem, tagging has been reduced by 80 percent since the new systems went live, which has also lessened the amount of time district painters spend at the school covering the graffiti. The chances of a rival gang coming to mark the territory as its own have been lowered, as has the violence that often occurs when encountering each other at a graffiti site. Improved incident response, accurate evidence From a security perspective, the problem with such a large district is that it is not unusual for a fight to break out while the school’s dedicated police officer is responding to a different incident in another area. With cameras and the Milestone platform at work, the officer can use the video to determine how many back-up officers are needed at which spots. Students don’t always tell the full story after an incident. “Nobody wants to be known as a ‘snitch,” Cho says. “Now nobody has to be because the video shows all, and the HD video really helps us identify people.” In one case, a student punched another student in the face a number of times. Each witness interviewed by administrators after the incident had slightly different recollections, but the video provided the evidence needed to charge the perpetrator in court. Improved system management Cho reports that the system manager loves the Milestone system because it can be more easily and quickly managed. Under the previous system, programming one camera required navigating two separate operating systems. Milestone cuts that time in half. “Plus, I can view it remotely with my iPad!” says Cho. “With the previous system there was enough time to go get coffee between starting it and being able to log on. With Milestone, you just click and you’re on. It’s beautiful.”