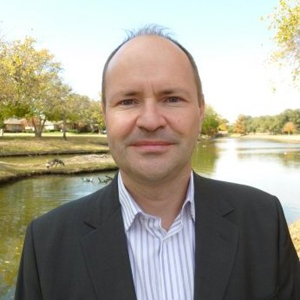 Thierry Becker is Vice-President Western Europe and Africa at Airbus Defence and Space, a developer of professional mobile radio and call centre applications.

Public Safety users in France can now purchase Airbus Defence and Space radio equipment with a single click, from UGAP Firefighters, hospital staff, municipal police and local government agencies and airport personnel in all French regions can now more easily purchase Professional Mobile Radio (PMR) devices and equipment from Airbus Defence and Space. The central and only public sector purchasing organisation in France, “UGAP” (Union des groupements d'achat publics), has selected a wide range of Tetra, Tetrapol and satellite products from Airbus Defence and Space. Both local and regional level public protection and disaster relief organisations can now purchase radios online while avoiding complicated tender proceedings. “This is especially good news for those public protection agencies which urgently need communication technology at short notice,” says Thierry Becker, Vice-President Sales and Program Delivery Western Europe and Africa of Secure Land Communication at Airbus Defence and Space. “This platform is demand-oriented and serves people in the field working with PMR devices on a daily basis.” Smooth user procurement process With a large portfolio of its products selected by UGAP and available on its site ugap.fr, Airbus Defence and Space is working closely together with its partners Novelad and TPL Systèmes in France to distribute Tetra and Tetrapol solutions respectively. Highly trained and competent staff at Novelad or TPL Systèmes handle the requests in conjunction with UGAP. Regular Airbus Defence and Space training ensures that the channel partners have up-to-date knowledge. “Having excellent products and service available from UGAP, we now can make a truly beneficial difference in the users’ procurement process. It’s all about getting the right product, when you need it, supported by the right partners. We hope that end users will regard the larger range of PMR products offered by UGAP as enriching,” explains Thierry Becker. Save

During the EURO 2016 event, tactical cells were set up to ensure communications for the special forces With the EURO 2016 football tournament safely concluded, the nationwide mission-critical radio networks for police and public-protection services in France proved to be resilient, flexible and secure. The INPT and RUBIS networks used by the French public protection organisations helped to ensure security during Europe’s most important football event. Securing Euro 2016 During the competition 42,000 police officers, 30,000 gendarmes and 5,000 rescue service personnel all worked towards securing the stadiums and host cities. They coordinated their actions via the mission-critical radio networks RUBIS and INPT, which were provided by Airbus Defence and Space. 10,000 military troops from the ‘Sentinelle’ operation for enhancing security in France were at times also involved in providing public protection. Exchanging information To reinforce security during the EURO 2016 event, tactical cells were set up to ensure communications for the special forces. Moreover, several fixed Tetrapol repeaters were placed at strategically important sites, such as police headquarters and stadia. These tactical cells were interconnected over a virtual private network, so the forces of law and order could exchange information in the usual manner, inside and outside the grounds. This meant that they could also stay in permanent contact with the crisis management team based in Paris. Future events “Our technology stood up to the test throughout the entire tournament and the security forces were able to communicate easily against the complex backdrop of this event,” explains Thierry Becker, Vice-President Western Europe and Africa of Secure Land Communications at Airbus Defence and Space. “Now that France has shown that it was able to successfully host the EURO 2016 in the light of the increased threat of terrorist attacks, the communication infrastructure will increasingly play a decisive role for future events,” he underlines. Save