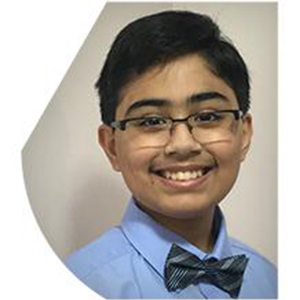 Tanmay Bakshi works for IBM as the 'world's youngest coder', and as a regular keynote speaker at technology conferences. 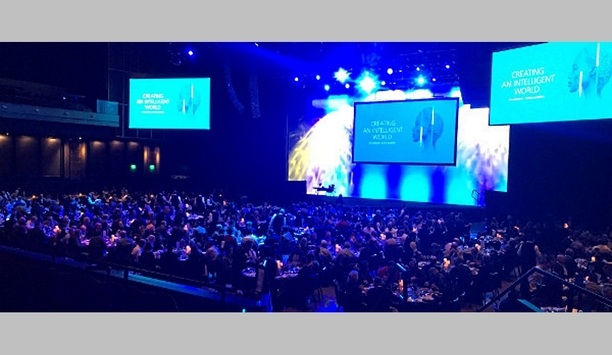 Milestone Systems, the open platform company in networked video management software (VMS), concluded a series of regional partner and customers events for 2018 with MIPS (Milestone Integration Platform Symposium) in Las Vegas on February 21. The three events gathered 1,509 attendees and 90 exhibitors, and the theme was how Artificial Intelligence (AI) will be the next market disruption for video technology. Milestone Systems also took the opportunity to award partners for their contributions to the community over the past year. MIPS 2018 celebrated its 13th anniversary, and the 2018 events were the second time for the events to be held in APAC, EMEA and the Americas. Milestone Systems’ top management presented products and platform initiatives for 2018, including the technology game-changers they see impacting the industry. The importance of co-creation with the partner community was highlighted as a key enabler for success. I will amplify human beings to new heights" Artificial intelligence With every device being a sensor, and technologies connecting them in new ways, the amount of data keeps growing. This requires more efficient ways to translate data into intelligence for taking faster decisions both for making the world a safer place, and for moving beyond security into many improvements for video business systems. On stage at MIPS Americas, Tanmay Bakshi, Algorithmist, Author, Watson & Cognitive Developer at IBM, spoke about how AI equals IA (Artificial Intelligence = Intelligence Augmented), where the technology actually helps humans become more intelligent by supplementing human analysis, planning and decision-making. “AI will amplify human beings to new heights,” said Bakshi. The Milestone Systems community events brought together 1,500 integrator and technology partners Intelligent video systems A number of other prominent speakers in Hanoi, Barcelona and Las Vegas shared their views on intelligent video systems that can support people and organisations in making sense of the rapidly increasing influx of data. Presenters included, among others: Louis Richardson, Chief Storyteller, IBM Watson; Dr Shiliang Pu, Director & Chief Expert, HikVision; Monica Wang, Senior Analyst Video Surveillance, IHS Markit; Ben Hammersley, Futurist and Global Digital Leader, Hammersley Futures. The Milestone Systems community events in Hanoi, Barcelona and Las Vegas brought together 1,500 integrator and technology partners to discuss combining human and Artificial Intelligence to create an intelligent world. To Milestone Systems the community of partners is the all-important foundation of the business model Celebrating top performers To Milestone Systems the community of partners is the all-important foundation of the business model. To recognise this officially, Milestone Systems celebrated the annual top performances in sales, marketing, technology, collaboration and innovation for these categories: camera partner, solution partner, technology partner, distribution partner, channel partner and installation of the year. “It’s been an honor to host MIPS 2018 for our entire community of partners in the APAC, EMEA and Americas regions. With 1,500 attendees, we created a forum to discuss innovative technologies and how we take the next steps toward creating an intelligent world together,” said Kenneth Hune Petersen, Chief Sales & Marketing Officer, Milestone Systems. 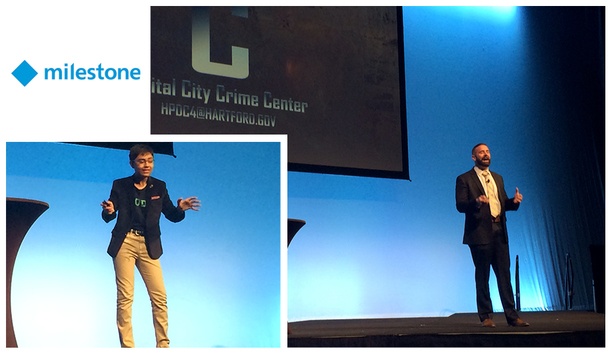 Milestone Systems is embracing artificial intelligence and deep learning in a big way at this week's yearly Milestone Community Days (MIPS 2018) in Las Vegas. The Danish company's theme is "Creating an Intelligent World," and Milestone's stated goal is to make "the Milestone community part of every surveillance installation in the world."    Science fiction becomes reality In a presentation on opening day, Milestone CSMO Kenneth Hune Petersen pointed to the 2002 movie The Minority Report as highlighting a variety of gadgets and systems that seemed futuristic at the time but are now perfectly possible, and in some cases outdated. Films have previously highlighted gadgets and systems that were futuristic, but are now perfectly possible, or outdated "If we dare to dream together we can make this a better world," says Petersen. "Through AI and machine learning, we can help define tomorrow. There's no doubt about it: There is a massive business opportunity for us in artificial intelligence." Despite all the talk about artificial intelligence, only about 0.5 percent of all the data in the world has currently been analysed or used, says Peterson. "Our open platform technology is the foundation for intelligent video systems and our partners have the expertise and infrastructure needed to reach the next frontier in intelligent video solutions," said Bjørn Skou Eilertsen, Milestone Systems CTO. "Together, we can provide unlimited solutions for our customers." Deeper integration and broader coverage Expanding the Milestone community this year has included the addition of 1,000 new models of supported hardware devices; there are currently more than 7,000 models supported. Milestone is also pursuing broader coverage of installations through their partners, with deeper integration of functionality, and by deepening existing relationships with customers. ‘Creating an intelligent world’ includes deep learning and lots of video systems, says Milestone at their annual conference Under new agreements, hardware partners such as Dell EMC and BCDVideo now provide XProtect Essential+ software pre-loaded on servers they sell. The focus at MIPS 2018 on AI included a presentation by Tanmay Bakshi, the "world's youngest IBM coder" and TED Talk speaker, at 14 years old. The prodigy, who has been coding since the age of 4, has worked with IBM and other companies on a variety of AI-related projects. Using deep learning with video is currently limited because so much video is unlabelled and unstructured In his MIPS 2018 keynote speech, Bakshi traced the development of AI through high-profile events, such as IBM's development of the "Watson" computer, which successfully competed on Jeopardy!, and Google's development of AlphaGo, a program that successfully plays the complex ancient board game, Go. Data demands deep-learning Bakshi focused on security and healthcare as two disciplines where deep learning can potentially have a big impact. Using deep learning with video is currently limited because so much video is unlabeled and unstructured. Still, projections are that there will be a billion cameras worldwide by 2020, providing an over-abundance of data that demands the use of deep learning to make sense of it all. "There is a misconception that AI is meant to replace us, to make humans obsolete. AI is not replacing us. It is created by humans to amplify human skills. AI can reduce information overload to enable humans to work with the data more efficiently," said Bakshi. He suggested that AI is equivalent to IA; Bakshi's abbreviation meaning "intelligence augmented." AI can reduce information overload to enable humans to work with the data more efficiently The ability to scale AI applications using "distributed deep learning" and graphics processing unit (GPU) hardware is paving the way for greater use of deep learning in video applications. Adam Scraba, Global Business Development Lead at NVIDIA, outlined the trends that are making the current "Big Bang" of deep learning possible. He said it is "the most exciting time in tech history," with "software that can write its own software" now among the tools that make previously unsolvable problems now solvable. AI-driven intelligent video analytics can now achieve "super-human" results, he said. An intelligent world to combat crime Instead of sitting for hours staking out a suspected drug dealer alone, entire investigations now take hours instead of days A success story about the game-changing capabilities of video data was supplied by Hartford, Conn.'s Capital City Crime Center (C4). The Hartford police department uses video data in a "predictive policing" approach. They have created an "intelligent world with smart policing to combat drug trafficking," according to C4 Supervisor Johnmichael O'Hare of the Hartford Police Department. Instead of sitting for hours staking out a suspected drug dealer, for example, video of a site can be analysed to determine areas with higher levels of foot traffic that indicate drug buys. The result is investigations that take hours instead of days. Hartford incorporates several technologies, including ShotSpotter gunshot detection, Briefcam video synopsis and other systems, all tied together using the Milestone platform. More than 700 attendees make MIPS 2018 the largest such event ever, and exhibits by around 60 Milestone partner companies attest to the continuing expansion of the Milestone community. [Main image: Tanmay Bakshi (left) and Johnmichael O’Hare of the Hartford Police Department (right) discuss key security issues of the modern day]