Steve Coulson is the Founder and Managing Director of COPTRZ. He has previously worked with companies such as Martek Marine Ltd, TQ Environmental PLC, Western Geophysical, and Royal Navy. Steve holds a Bachelor's degree in Business and Finance from Kingston University, London. 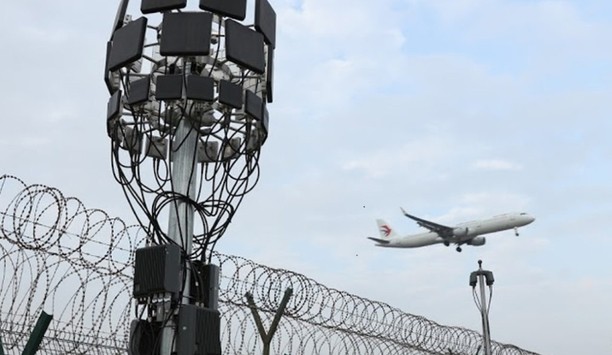 COPTRZ, the commercial drone specialist, announces the release of the first custom-built, true ready-to-fly hard case for the DJI Matrice 210, the RAPiDRONE. The case is designed to allow rapid response teams to have their M210 out of the case and flight ready – including all cameras attached in seconds. Only the propellers need to be fitted, ensuring no time is lost configuring cameras and other sensors when every second may count. The RAPiDRONE case has slots to hold an additional 12 DJI rechargeable TB55 batteries, allowing longer deployment times during the incident. Faster aerial response times The RAPiDRONE case fits neatly into the boot of an estate car or 4x4 and is fitted with rollers to further aid its smooth deployment. Steve Coulson, Managing Director of COPTRZ commented: “The RAPiDRONE case ensures that emergency responders don’t waste any unnecessary time in deploying their M210s when responding to an incident. In addition it ensures that everything that’s needed for any deployment is self contained within the case. We’ve already supplied this case to a number of authorities who are benefitting from faster aerial response times.” The case is made from rugged, impact resistant ABS and contains two layers of laser cut foam inserts to perfectly house the drone, its cameras and accessories.

Major events require a major security operation, and the recent Royal Wedding was one of the biggest operations in recent times. Security was heightened due to the importance of the occasion due to the potential threat of terror to such a major event. There was a drone no-fly zone put in place, however this measure does not necessarily stop drones from entering the area. This kind of measure is put in place to ensure the safety of the attendees, and to limit the threat posed by drones, but it doesn’t prevent it. Drone license plate detection system How can you ensure that these measures are adhered to? Drone detection systems are becoming more prominent. DJI’s recently released Aeroscope is ground-breaking technology.Commercial drone experts COPTRZ supplied a number of units to law enforcements agencies involved in security at the Royal Wedding It’s a purpose-built drone detection system that allows the operator to track telemetry data from DJI aircraft in surrounding airspace within a radius of up to 20km. It’s in effect, a drone license plate detection system, as well as a data provider. Commercial drone experts COPTRZ recently supplied a number of units to law enforcements agencies and made the technology available to various agencies involved with the security at the Royal Wedding. Monitoring and intercepting drone intrusion The Aeroscope will be used by the law enforcement agencies to protect high profile events. Particularly following the recent Royal Wedding’s no-fly-zone, Aeroscope is a useful tool to ensure that drones in the air near the zone are monitored and if needed are intercepted to ensure the security of the wedding attendees and the royal family alike.  Steve Coulson, Managing Director and Founder of COPTRZ has commented on the deal: “We are absolutely delighted to be able to supply drone detection systems to law enforcement agencies. Particularly with big events such as the Royal Wedding and the upcoming World Cup, it’s imperative agencies take advantage of the technology available to them. It’s only a matter of time until technology like the Aeroscope become a necessity for law enforcement agencies worldwide.”

COPTRZ, UK’s commercial drone solution provider, has announced the launch of a complete turnkey drone detection solution, designed to provide protection from the threat of drones. Launched in partnership with DJI and their AeroScope detection systems, the system allows an operator to track telemetry data from drones in surrounding airspace of up to 40km. (25 miles) distance. In effect, it’s a drone license plate detection system that provides security teams with the data required to be able to quickly and effectively protect against drone intrusion. Real-time identification against Drone threat By intercepting the current communications link between a DJI drone and its remote controller, AeroScope is able to broadcast real-time identification information including UAV serial code, make and model, UAV position, speed, latitude and ground controller location. This allows the operator to take mitigation action against the drone threat and at the same time despatch law enforcement/security teams to apprehend the pilot. This launch has been anticipated for some time after increased security concerns regarding the use of drones around areas of controlled airspace. Only last year, it was reported that there had been an 168% increase in drone and commercial aircraft near misses over a two-year period. This drastic trend is expected to increase year-on-year with the influx of commercial and hobbyist drones taking to the skies. COPTRZ will to continue to lead the development of the commercial drone industry" Reducing Illegal Drone Activity in Controlled Airspace DJI announced plans to develop AeroScope in October and has since chosen COPTRZ as their European partner for the development, installation and maintenance of the product going forward. Steve Coulson, Founder and Managing Director at COPTRZ explains: "We are proud to have partnered with DJI as the European turnkey provider of AeroScope. The drone industry has grown exponentially in recent years and we are now seeing them used to great effect across nearly all vertical sectors. Despite this, an increase in drones taking to the skies has caused significant safety fears, particularly in airspace surrounding high-profile events. COPTRZ will to continue to lead the development of the commercial drone industry, and in order to do this we need to identify between legal and illegal drone use. AeroScope does exactly that and we are looking forward to working with all major security businesses to help significantly reduce the threat of illegal drone activity.”