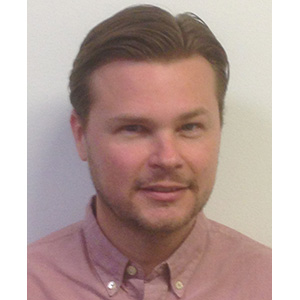 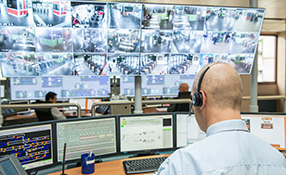 Command centres allow physical and IT security to collaborate for greatersituational awareness and responsiveness Conventional command centres focus on video and access control system monitoring. When something happens at a door, the video system reports the event to one monitor in the command centre, while the access control system reports to another monitor. It is up to the operator to imagine the possibilities, draw the right conclusions, decide on a response and, if necessary, dispatch officers. “Up until two-and-a-half years ago, we relied on this reactive approach to security,” says Scott Phemister, Executive Director of Global Risk and Crisis Management with Hollywood, California-based Paramount Pictures. “We focused on our production lot and offices here but not necessarily on our other offices, production locations, travelling production units and people.” Phemister says that Paramount’s intelligent command centre has transformed the company’s security capabilities from reactive to proactive. “We’ve added intelligence with tools that bring all of the systems together into a single user interface that paints a situational awareness picture and helps to drive our responses to events,” he says. Centralised management “Today, our command centre is an intelligent communications and response coordination tool that covers our operations and people around the world wherever they may be — on location as well as in hotels.” Building an integrated central command centre requires knitting together a host of systems often powered by different operating systems. Paramount, for instance, wanted to manage 10 key security systems including perimeter protection, fire alarm, intrusion alarms, access control and video surveillance. Paramount centralised the monitoring and management of all these systems with an Enterprise Command Centre software (ECCS) called Immix Command Center or Immix CC. Provided by SureView Systems in Tampa, Immix CC consolidates all of Paramount’s platforms into a single point of monitoring, management and control. Using the system, two people, an analyst and a supervisor, per shift monitor security 24/7 across Paramount’s global operations. Every day, they look in on all offices, production lots, warehouses, active film shoots and more than 250 travelling executives and employees. Immix CC also enables security officials to script protocols for operators to follow, ensuring a single streamlined and sure-handed response to similar incidents. Using the scripts, operators can respond to incidents more easily and quickly. Paramount Pictures, California, uses an intelligent central command centreto monitor their global operations 24/7 Network connectivity between systems Networked intelligent devices are improving the security capabilities of today’s command centres. “Network connectivity between security systems has opened the door for enhanced interoperability,” says Mark Peterson, principal, with Littleton, Colo.-based MC Peterson & Associates. “More data from subsystems are available more quickly than ever before, enhancing situational awareness. “Integration capabilities enable systems to do some of the work, freeing up operators to expedite detection, assessment and response. In most applications, we are not doing new things so much as we are doing what we’ve always done, but much faster.” “In addition, security systems today can be installed within the enterprise IT environment,” continues Peterson. “IT can then apply cyber security solutions across all deployed technologies. It should not be left to physical security practitioners alone.” In other words, security today is a matter that both physical and IT security professionals must address in collaboration with each other – bringing many systems together into an intelligent mix that gives command centres great capabilities. Handling more than security Peterson also recommends that command centres, like any other security tool or technology, support comprehensive security strategies. “For example, deciding to deploy a local or centralised control strategy depends on the needs of the user. “One size does not fit all. While the tools used in control centres are pretty much the same across applications, the way the tools are used depends upon operational requirements.” In addition, operational requirements aren’t always limited to security. Today’s command centres are handling more than security says Peterson: “Traditional security control/command centres are becoming command centres that handle security plus building environmental controls, lighting and other operational building systems.” They can do that because they are smart.