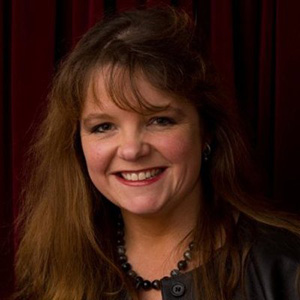 Sara (Sara Bullock) Fisher is the Business Development Director at 360 Vision Technology Ltd. She has completed her education from the University of Bedfordshire at Stevenage, United Kingdom. 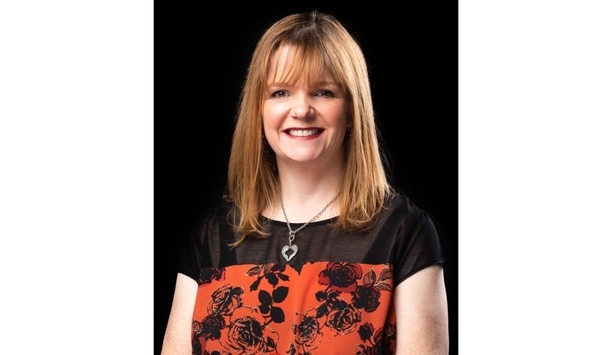 360 Vision Technology, the UK CCTV manufacturing company, is delighted to announce that it has appointed Sara Fisher to the role of Business Development Director. Formerly Sales and Marketing director at AMG Systems, with full responsibility for driving sales and marketing activities, Sara’s new role will be geared to supporting end users, systems integrators and consultants in the ITS, local authority and Oil & Gas sectors in the UK and international regions. High-performance camera and lighting technologies “Having worked with Mark Rees and the team for a number of years, I am extremely excited to be taking on this new position at 360 Vision Technology,” says Sara. “I have admired 360 Vision’s innovative and high-performance camera and lighting technologies for some time, and can’t wait to start promoting another great British brand. Primarily my aim will be to increase 360 Vision Technology’s global presence across a number of key market sectors.” “Supporting the company’s continued growth plan, we welcome Sara as an excellent addition to the 360 Vison Technology team,” says Mark Rees, 360 Vision’s Managing Director. “Having worked with Sara in a Technology Partnership with her previous company, AMG Systems, it was clear that her experience and tenacity was aligned with our own company’s ethos and aspirations. Sara’s role is set to lead us into new sectors, as well as strengthen those we are already making inroads into. I am thrilled to have someone of Sara’s calibre and experience join the 360 Vision team.”

AMG Systems has been commissioned to help digitise the traffic monitoring system for newly-extended hard shoulder bus lanes on Belfast’s main motorways, to make it more efficient, secure and reliable. A new IP-based CCTV system was being installed as part of the extension project, so the underlying fibre network needed to be upgraded in order to handle the high-grade images being transmitted back to the city’s Traffic Information and Control Centre (TICC). The upgrade helps to enhance passenger journeys by improving the quality of real-time information sent to traffic management teams. AMG – Juniper Networks partnership AMG, working with Juniper Networks, a leader in secure, AI-driven networks, brought the IP-driven CCTV project together across numerous government agencies and private construction contractors to create a cost-efficient, robust solution for Belfast’s M1 and M2 motorways. The Northern Ireland Department for Infrastructure (DfI) awarded a tender to Graham Construction to work on the extension of hard shoulder bus lanes along the M1 and M2 motorways, intended to improve journey times and service reliability for bus passengers without affecting general traffic flows. The scheme was designed by DfI consultants Aecom, who also carried out site supervision and project manager roles during construction. The work included the provision of new and upgraded Pan Tilt Zoom IP-based CCTV cameras for traffic monitoring purposes by the Traffic Information and Control Centre (TICC) in Belfast. Hikvision PTZ IP video camerasGraham used Hikvision PTZ IP video cameras – installed by Chubb – for traffic monitoring Graham used Hikvision PTZ IP video cameras – installed by Chubb – for traffic monitoring. But connecting them to the Pelco system in use at TICC was not as straightforward as it at first seemed, which is where AMG Systems and Juniper Networks came in. “On each of the two motorways, the existing fibre network had only two spare fibres, so all the images had to be combined onto the two, allowing for a resilient ring,” consultant Jo Hopkins of Highways Consulting says, “meaning that if one fibre broke, the other would be able to transmit all the images. The existing cameras on the network were analogue, but we took the opportunity to install digital cameras. This reduces the number of times the images are sampled and converted from analogue to digital and back again, which improves the quality of the image.” Connecting IP cameras to fibre network Hopkins worked with Graham on the project, and said AMG was asked to provide a reliable, cost-effective means of connecting new cameras onto the existing fibre network, bringing the images back to the Traffic Control Centre in Belfast. “The task itself was straightforward, but the integration into an existing live system made the project more complex,” she said. Hopkins and AMG Systems Business Development Director Sara Fisher worked to address the network challenge, which included upgrading from analogue to IP cameras for the first time on the Belfast motorways. AMG switches The network design utilises nine AMG switches on the M1 fibres and 15 switches for the M2 The network design utilises nine AMG switches on the M1 fibres and 15 switches for the M2. At the TICC control room, there are a further four AMG switches which allow the IP cameras to connect to the existing Pelco monitoring equipment. Fisher explains that the control room network connection was further complicated as the TICC’s existing system called for the use of multi-casting and VLANs, and an existing firewall also had to be factored in. “The most appropriate interface in this case was Layer 3 POE switches from our partner Juniper Networks,” she said. IP video surveillance A DfI TICC representative said: “The joint network design by AMG and Juniper Networks has met the challenge presented to them in upgrading our hard shoulder bus lane cameras from purely analogue to IP and has provided a resilient network, intended specifically for the task. AMG’s post-sales service and advice has also proved extremely helpful.” 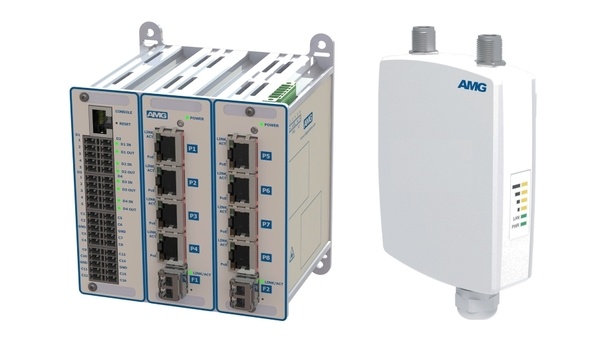 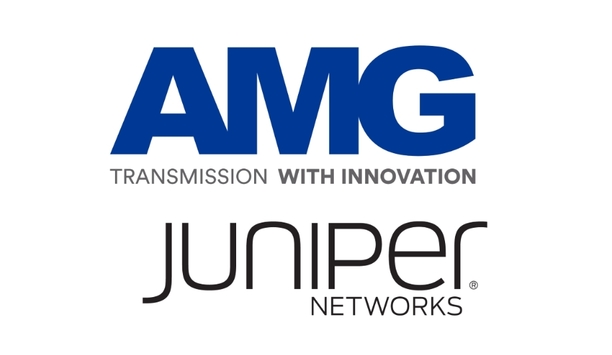 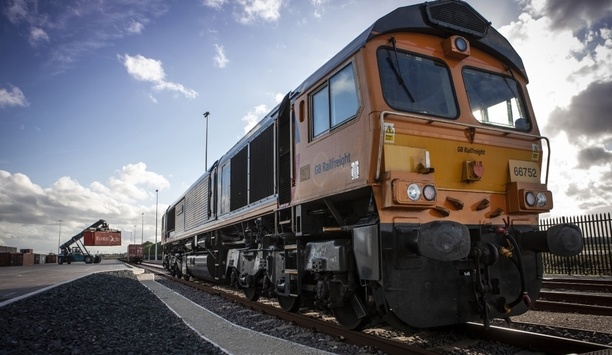 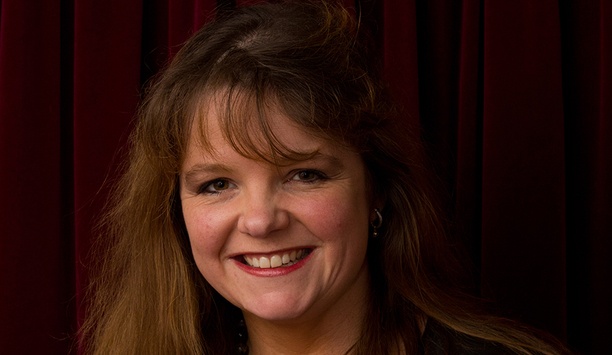 Network transmission solutions specialist AMG Systems will discuss the latest developments in environmentally robust fibre, analogue, IP/Ethernet, wireless and hybrid communication systems, when the company exhibits at the Global MSC Security Conference and Exhibition 2017 in Bristol. The two-day event is hosted by consultancy Global MSC Security, and this year’s theme is ‘Integrating Technologies’. The conference and exhibition is designed to bring together experts from across the security industry, sharing their knowledge with delegates from local authorities, hospitals, universities, and private and blue-chip companies. This year’s event looks into the ways that security is changing, integrating with other disciplines and adapting at a rapid pace to what end-users now require from their security solutions. Speakers and topics include: Daffydd Llywelyn, Dyfed Pewees Police and Crime Commissioner – public space surveillance initiative Professor William Webster, Director, Centre for Research into Information, Surveillance and Privacy – body worn video research Tony Porter, Surveillance Camera Commissioner – National Surveillance Camera Strategy for England & Wales Detective Inspector Edward Heath, Avon & Somerset Police – cyber crime Bernadette Bashford-Payne, Estate Control Center Manager, Canary Wharf – inside a large control room Jim Burgess, Associate Director, Perform Green – integrating CCTV in Bristol’s Smart City Mick Neville, ex-Metropolitan Police – SeeQuestor review Discussing operational challenges with delegates  At the Global MSC Security Conference and Exhibition, AMG Systems is exhibiting on stand 25. AMG Business Development Director Sara Fisher said the company is looking forward to meeting delegates and discussing the challenges that they face in their day-to-day operations. “Our specialist transmission knowledge can provide enormous benefits for integrated projects, saving on infrastructure expenditure, time for install or upgrade, and reduced complexity,” she said. “I’m keen to talk to any delegates who’d like to learn more about the way that legacy systems can be transitioned relatively simply to IP and Ethernet, with all the advantages that brings, and to those who’d like to discuss any other aspect of security and data network provision.” Low vulnerability to cyberattacks AMG Systems manufactures intelligent, industrial grade, robust edge-of-network transmission solutions which have been used extensively in CCTV and security systems, as well as in sectors as diverse as the oil & gas, critical infrastructure, defence and transport industries. AMG Systems is the only UK-based IP and Ethernet transmission product manufacturer and solution provider. AMG’s levels of in-house control mean its products are less vulnerable to cybersecurity attacks than those from other companies, which rely on third-party hardware and software. The Global MSC Security Conference and Exhibition 2017 takes place November 13 and 14 at the Bristol Hotel on Prince Street in Bristol.

New look reflects AMG’s specialist experience and expertise in innovative Ethernet networking technology  AMG, the UK manufacturer of intelligent, industrial grade, reliable edge-of-network transmission solutions, has launched a new website and refreshed its brand identity to better reflect its position as a market leader in the provision of specialist Ethernet and IP systems and products. Transmission with Innovation The new brand identity and website updates offer a visual representation of AMG’s capabilities as the only UK-based manufacturer of Ethernet switch technologies. The changes also incorporate a new tagline, ‘Transmission with Innovation’, which encapsulates AMG’s flexible and adaptable approach: developing innovative and custom built solutions to overcome some of the most common transmission challenges, in the most difficult environments. AMG Business Development Director Sara Fisher said: “We wanted to ensure that our new look reflected AMG’s unique approach and position in the specialist networking transmission sector. As a UK manufacturer of sophisticated IP and Ethernet switch solutions, we have complete control of our firmware, thanks to our in-house technology design team. This means we are far less vulnerable to cybersecurity issues than manufacturers who source their firmware or products externally.” “We also have a long history of designing bespoke transmission solutions integrating signals such as CCTV, standards-based or bespoke audio, and any type of serial data onto the same Ethernet transmission network, with systems to cater for almost any situation. Our new look and website are designed to convey that unique expertise and experience.”