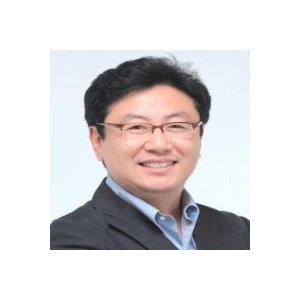 The keynote included presentation of clever connection between Internet of Things (IoT) and automotive world of today Volkswagen CEO Dr. Herbert Diess, DoorBird CEO Sascha Keller and Richard Choi from LG officially opened CES 2016 in Las Vegas with their keynote speech. The keynote included the presentation of the new VW electric car which VW used to demonstrate the clever connection between the Internet of Things (IoT) and the automotive world of today. IoT & automotive world connection Imagine you’re in your car on your way home and you’re expecting friends to come over to watch a soccer game, but you’re running late. Wouldn’t it be awesome if you could open the door for your friends comfortably from the car while you’re still on the road? The union of the Internet of Things (IoT) and the automotive world will make such scenarios reality in the future. At this year’s opening show of CES in Las Vegas Volkswagen CEO Dr. Herbert Diess invited DoorBird CEO Sascha Keller as guest speaker and representative of the Internet of Things. In front of 2000 invited guests, the two CEOs and Richard Choi from LG talked about their plans and visions for cars and the synergy between the Internet of Things and the automotive world. In the course of the presentation of VW’s newest electric car Dr. Herbert Diess welcomed Sascha Keller on the stage of the Chelsea theatre at the Cosmopolitan hotel. Sascha Keller was invited to demonstrate the concept of the “connected car” with the help of the intelligent video door station DoorBird. DoorBird with Volkswagen integration Already since 2010 the successful Berlin based startup with its cloud based video door station has implemented the idea of being ‘at home’ when you are far away. In case the soccer friends show up a little earlier you can now comfortably open the door via smartphone from anywhere. And now you can open the door safely and conveniently from the car without taking the smartphone out of your pocket. The integration of DoorBird with Volkswagen’s infotainment platform makes this possible. “The connected home starts at the front door. And now, together with Volkswagen and DoorBird, the connected car and the connected home is already reality”, says Sascha Keller. Captured live-stream here: volkswagen.gomexlive.com/vw_live_pk/ (DoorBird speech at minute 34+) See DoorBird at the CES: Sands Expo Center, Hall G / Level 1, Booth 81927 (Bird Home Automation Group, all brand new products) LVCC, North Hall –3506 (Volkswagen Group, connected-car demo)